The 2016 college football season has reached double-digits. Week 10 doesn’t feature too many huge matchups, but it does have two particularly eye-catching games in Alabama vs. LSU and Nebraska vs. Ohio State. Check out our against the spread picks for those huge matchups, as well as the rest of the top 10 games in Week 10 of the college football season.

Auburn’s incredible covering streak continues. After blowing out Ole Miss, 40-29, in Oxford, the Tigers are now 5-0 ATS in their last five games. And as decent as Vanderbilt’s defense has been, it’s just tough to go against Auburn, especially since they’re so locked in offensively. Plus, they’ll be at home, where they’ve won their last two games by a combined score of 114-10. Lay those points.

Texas and Texas Tech are pretty similar teams these days. The Longhorns defense is still a sieve, although they made enough plays to hand Baylor its first loss of the season in a 35-34 shootout. But can that defense travel to Lubbock and stop the offensive machine that is Pat Mahomes?

With both defenses being equally bad this season, the offenses will decide this matchup. Mahomes is a decidedly better quarterback at this point, and the added boost of home-field advantage should be enough for Tech to get the win. 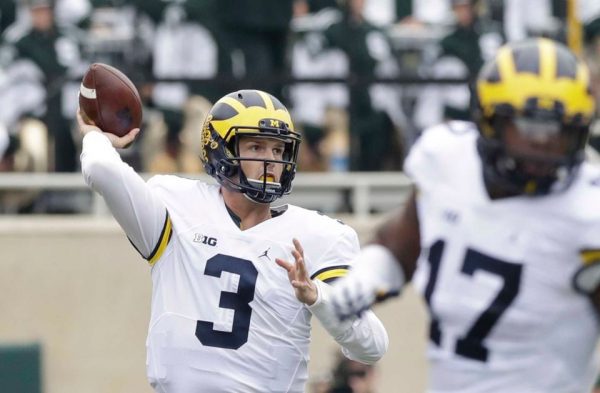 In hindsight, Michigan being favored by 20-plus points on the road against Michigan State was always going to go against the Wolverines. It is a rivalry game, after all, and you’ve got to throw those records out in those types of games.

But it’s back to business for Michigan this weekend against Maryland. Apart from their game against Wisconsin, the Wolverines have scored over 40 points in five of their six home games this season, and have given up just 15 over their last two. They couldn’t quite cover a 40.5-point spread against Illinois, but still won by 33. Their spread against Maryland should be much more manageable.

Writer’s Prediction: Michigan (-30.5) handles its business at home with a 45-10 win over Maryland.

It’s tempting to take Oklahoma State this week, especially after the Cowboys wrecked West Virginia’s playoff hopes with a 37-20 spanking in Stillwater. However, the value could be with Kansas State in this matchup. It has already edged out two explosive offenses in Texas Tech and Texas at home this season.

Furthermore, the Wildcats have a terrific home record over Oklahoma State. They are 5-1 SU and ATS in their six all-time meetings in Manhattan, and are 5-0 ATS in their last five meetings overall.

Credit must go to Clemson for pulling off a gutsy come-from-behind 37-34 on the road over Florida State to preserve its undefeated record. However, it also underscores just how different this Tigers team is from last year’s playoff team. They have just been so underwhelming this season, and have beaten just one Power 5 team by over three touchdowns (56-10 vs. Boston College).

The Syracuse Orange will be a dangerous opponent, especially for a team coming off an emotional win like Clemson just experienced against Florida State. The Orange beat Virginia Tech at home after the Hokies had a huge win over North Carolina. Expect a similar letdown for the Tigers, who will have to scratch and claw their way to victory at home.

Arkansas’s season hit a new low as it was just wrecked 56-3 by Auburn. The Razorbacks have now lost their three conference games by an average of 30 points. Austin Allen had his worst game of season, and was unable to throw a touchdown after getting at least two in his first seven games. He remains a slight doubt to play due to a knee injury.

Auburn’s defense may be very good, but Florida’s is arguably the best in the nation. The Gators have held their last three opponents to a total of 30 points. Their excellent pass defense, which is allowing an 82.94 passer rating this season (best in the nation), should be able to shut down the Hogs’ offense with Allen likely to be limited if he does play.

Writer’s Prediction: Florida (-5.5) silences the Arkansas attack as the Gators go on to win 27-10. 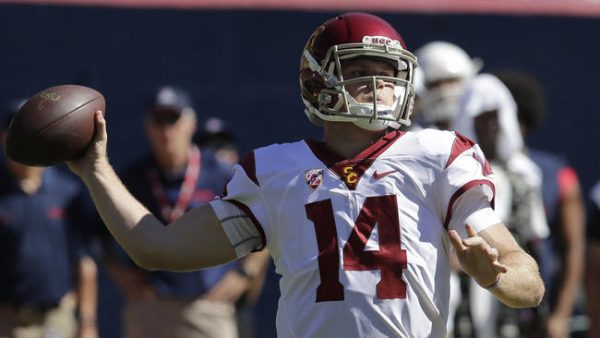 Sam Darnold is on fire. The USC quarterback has had back-to-back five-touchdown games to lead the Trojans to back-to-back 21-plus-point wins over Arizona and Cal. Those are two bad defenses, but Oregon’s pass D (22 passing TDs allowed, 124th of 128 teams in the FBS) remains just as bad or even worse. In short, this has all the makings of another big USC win.

At this point, Alabama by anything less than two touchdowns should be an automatic bet in favor of Bama. Since their five-point win over Ole Miss, the Tide have won their next four conference games by 28, 19, 39, and 29 points. Oh, and those last two games were against top-10 teams in Tennessee and Texas A&M.

LSU has obviously improved ever since Ed Orgeron’s appointment. However, the Tigers still can’t throw with any consistency, and everyone remembers what the Bama front did to Leonard Fournette (31 yards in 19 carries) and his Heisman candidacy last season. Take the points. Take the Tide.

Ohio State isn’t quite the all-conquering juggernaut that was laying waste to opponents for the first month of the season. Ever since their 58-0 win over Rutgers, the Buckeyes have gone 0-4 ATS, with a loss to Penn State and another close call against Northwestern.

However, there’s still a very good team in there somewhere, and the Buckeyes will be eager to get back on track at home against Nebraska. Yes, the Badgers did push Wisconsin all the way to overtime in Madison, but questions remain of Tommy Armstrong. In his last two road games, the senior quarterback has completed just 38 percent of his passes with a 1-to-4 TD-to-INT ratio.

Writer’s Prediction: The Buckeyes (-17) break out of their slump with a 38-17 win over Nebraska.

After three-straight huge blowouts over Stanford, Oregon, and Oregon State, Washington’s offense was finally slowed down a bit by Utah in a 31-24 Huskies win. But if ever there was a defense for that Huskies offense to bounce back against, it would be Cal’s.

And before you start thinking of the Bears as a tasty home underdog, consider that they could still be without top wideout Chad Hansen, who’s missed the last two games with an ankle injury. Meanwhile, the Cal run defense (6 yards per carry, second-worst in the entire country) will welcome a terrific U-Dub running game that’s getting 5.84 yards per carry (8th in the nation).