There’s just no stopping the Panthers right now. Carolina extended its regular-season win streak to 16 games with a nerve-wracking victory over New Orleans on Sunday. They will look to stretch that unbeaten run even further when they take on the reeling Atlanta Falcons in a mouth-watering showdown at Bank of America Stadium.

Who will emerge victorious in this pivotal clash? Read on below for a preview of this NFC South showdown and while you’re at it, you can check out our Week 14 previews of New England vs. Houston and Minnesota vs. Arizona.

Betting on the Atlanta Falcons (6-6)

Things are going from bad to worse for the Atlanta Falcons as they crashed to their fifth consecutive defeat with a gut-wrenching 23-19 loss to the Tampa Bay Buccaneers on Sunday. It was another disappointing performance by the Falcons who have now lost six of seven overall after starting the season 5-0.

[sc:NFL240banner ]The Falcons will look to get their season back on track when they face the surging Carolina Panthers this coming Sunday. For Atlanta to snap its losing skid this coming weekend, it needs to execute much better in the red zone. The Falcons only went 1-of-3 against the Bucs in such scoring opportunities. The onus then is on Matt Ryan to step up his play against the Carolina defense. He completed 30 of 45 passes for 269 yards and a touchdown with one interception in the game against Tampa Bay.

Another guy who needs to produce for Atlanta is Julio Jones. He had eight catches against the Bucs for 93 yards, going over 100 receptions in a season for the second straight year. The league’s leading receiver has 102 for 1,338 yards through 12 games this year. Jones will have his work cut out for him, however, against a Carolina secondary that’s allowing just 223.8 yards per game through the air this season, fifth-best in the NFL.

The Falcons are 2-4 ATS on the road this season.

Betting on the Carolina Panthers (12-0) 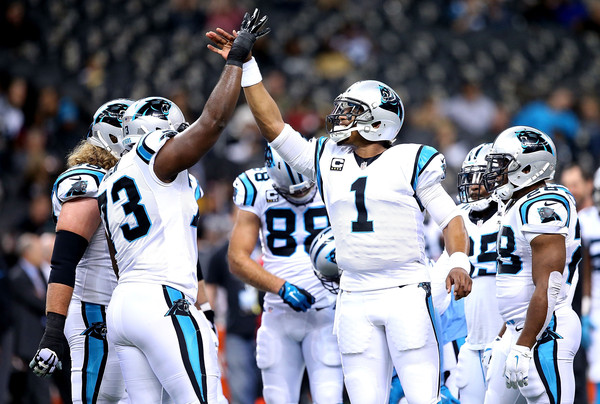 The Carolina Panthers will head to their showdown with Atlanta with momentum on their side after edging past the New Orleans Saints, 41-38, on Sunday. It was another crucial victory for the Panthers who maintained their two-game lead over Arizona for the best record in the NFC.

As expected, it was Cam Newton who led the way for the Panthers against the Saints. He completed 28-of-41 passes for 331 yards and a career-high five touchdowns, including the game-winning 15-yard scoring strike to Jerricho Cotchery with 1:05 to go. That’s the second time this season that Newton has had five touchdown passes and more than 300 yards passing in a single game.

They will look to sustain the momentum of that huge win when they take on the Atlanta Falcons this coming Sunday. For the Panthers to preserve their unblemished slate, they will need to clean up their sloppy play. The Panthers were all over the place in the game against the Saints, committing three turnovers in the first half alone. That included a fumble returned for a touchdown and a blocked extra point returned for two points.

The Panthers are 4-2 ATS at home this season.