Football is coming. As the NFL season slowly but surely creeps up, we are breaking down every team’s offseason preparations, and 2014 outlook. Read on for everything you need to know about the Baltimore Ravens, but if you’re craving for more, check our AFC North previews for the Steelers and Bengals.

The Baltimore Ravens failed to defend their Super Bowl championship last year after dropping marquee games and missing the playoffs altogether. Can Joe Flacco and company keep their years of contention alive with improvements from their post-Ray Lewis defense? Can signee Steve Smith help Flacco go deep in 2014? We answer those questions and more.

Ray Rice received a two-game suspension as well as a one-game fine for knocking his wife unconscious and dragging her body off an elevator. Rice’s punishment was seen as lenient, but the hullabaloo it caused may distract the seven-year veteran from playing at his best.

The Ravens are lacking depth at cornerback with fourth-year cornerback Jimmy Smith being the only given starter at the position. Two veteran cornerback acquisitions Aaron Ross and Dominique Franks won’t amount to much after the team’s conditioning test. Ross tore his Achilles tendon taking the test while Franks failed the test completely. Nevertheless, three-year CB Asa Jackson has been making progress leaving the team hopeful for improvement from their cornerbacks.

The Baltimore Ravens’ disappointing 2013 campaign led to their first year out the playoffs since 2007.

[sc:NFL240banner ]The Ravens’ decline was mostly attributed to the loss of several key players, none bigger than the loss of Ray Lewis due to retirement. A multiple-time Pro-Bowler and All-Pro, Lewis was the backbone of the Ravens’ defense. In addition to losing Lewis, the Ravens also parted ways with eight starters from their Super Bowl-winning squad.

Last year, the Ravens split their two games with each of the other three AFC North teams. However, after focusing on improving their defense for the upcoming season, Baltimore may be able to do better against their division this season.

Despite the changes and offseason preparations, the Ravens are still behind the Cincinnati Bengals and Pittsburgh Steelers when it comes to odds. Currently, Baltimore is +4,000 to win the Super Bowl, and is +250 to win this very competitive division.

The Baltimore Ravens are looking to return to the top of the NFL in the upcoming season. Read on for what you need to know about the team’s offseason preparations. Then create a betting account and lay a stake on the 2012 Super Bowl champions.

Baltimore will be showing off a new offensive scheme after hiring Gary Kubiak as the team’s new offensive coordinator. Kubiak is one of NFL’s most successful offensive minds, having led the Houston Texans to the top 10 in total offense four times. He’ll inherit a Ravens offense that has gone 16 straight seasons without ranking in the top 10.

Flacco has had the offseason to become comfortable with the new offensive style introduced by Kubiak. He was introduced to a new plethora of drills to improve his footwork, ball security, and some changes in the timing of offense. He may struggle at first, but there will be more time to sharpen up before the season starts. Working under Kubiak could improve Flacco’s decision-making; he threw 22 interceptions last season, tied for second in the NFL.

The Ravens also added a new aerial weapon for Flacco with the offseason signing of wide receiver Steve Smith. Smith is a proven star who should replace the playmaking lost when Anquan Boldin left after the Super Bowl win in 2012. His influence cannot be understated, as it will open up routes for tight end Dennis Pitta and keep opposing secondaries honest all season long. 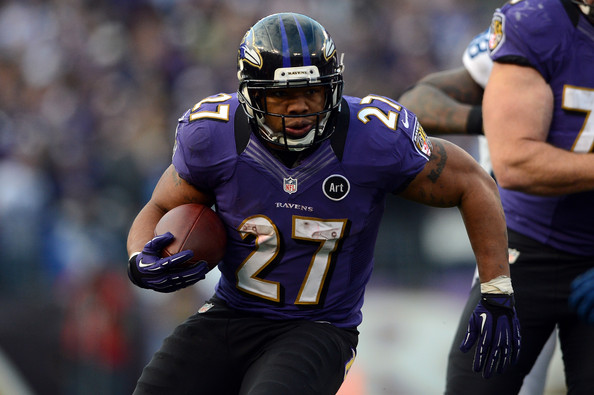 In the backfield, running back Ray Rice will look to make amends for his awful play last season. He rushed for below 1,000 yards (he had 606) for the first time since his rookie year in 2008.

In preparation for this season, Rice has been working with strength and conditioning coach Bob Rogucki in an effort to be fitter, faster, and more explosive than last season. The Ravens will need Rice to revive a running game that was 30th in rushing yards last season.

On the defensive end, the Ravens will also have some key changes. There will be new starters on the defense with nose tackle Brandon Williams, rookie inside linebacker CJ Mosley and safety Darian Stewart. 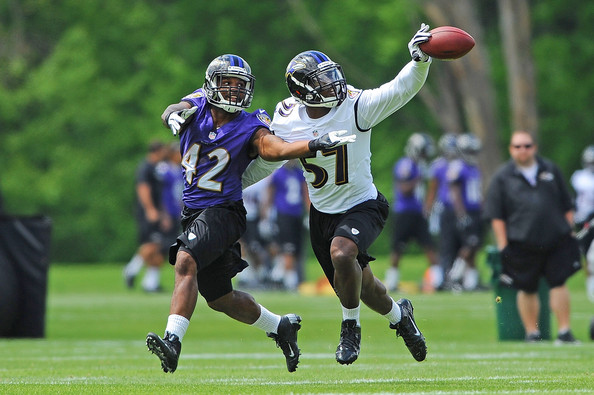 Among the three, drafting Mosley as the 17th pick in the first round will pay huge dividends for the Ravens. Playing for Alabama in college, Mosley was the team’s leading tackler for consecutive seasons compiling 108 tackles with five pass break ups and a forced fumble. Mosley was the 2013 SEC Defensive Player of the Year, and the young man helped his team to a couple of national championships.

The Ravens’ win total is set at over/under 8.5 this season, with the over being favored at -115. Winning even one more game than they did in 2013 would give the Ravens a chance at clinching a Wild Card spot or even topping the division. The result will likely be decided by two key matchups for the Ravens.

The two meetings of Baltimore and Pittsburgh last year were both close, entertaining affairs, as they have been for years. The Ravens split their two games with Pittsburgh with both teams ending with 8-8 records for the season. However, Pittsburgh had the better point differential, therefore landing second in the division. Sweeping the rivalry in 2014 would take the Ravens a long way towards landing in the top two of the division.

If the Ravens can take this early-season match up against the Bengals, they will signal to the league that they are the presumptive favorites to win the division.

The Baltimore Ravens improve their regular season record to 10-6, but fall short in their first playoff game.