The NFL season is upon us once again. As the start of the season draws near, we’re taking an early look at every team’s offseason prospects, training camp realities and 2014 prospective. Read on for everything you need to know about the Pittsburgh Steelers and for more AFC North previews check out our Cincinnati Bengals and Baltimore Ravens pieces.

The Pittsburgh Steelers are  the most successful franchise in NFL history, having won six Super Bowl titles. The past two seasons, however, have been tough with the team missing the playoffs completely. The Steelers, with the help of new faces after the NFL’s free agency frenzy, are in tough shape to turn the tide this season, in a division that simply doesn’t have any weak teams.

For a team so used to winning championships, the last two seasons for the Pittsburgh Steelers have been a huge disappointment. After falling to the Green Bay Packers in Superbowl XLV and then being stunned by Tim Tebow and the Denver Broncos in overtime in the playoffs the following season, the Steelers have failed to make the playoffs since.

[sc:NFL240banner ]They finished third in the AFC North in 2012 with an even 8-8 slate and then followed it up in 2013 with the same 8-8 record and another playoff whiff. With the whole of Steeler Nation expecting so much more, the onus is on the Pittsburgh organization to improve and return to their old winning ways. The Steelers are priced at +2,500 to capture its NFL record 7th Super Bowl title.

The Steelers then struggled mightily at the start of their 2013 campaign opening with a 0-4 record, their worst start since 1968. It didn’t help that Pro Bowl center Maurkice Pouncey suffered a season-ending knee injury in Week 1 while their running game was severely affected with the loss of Michigan State star Le’Veon Bell who suffered a Lisfranc injury.

It is a testament though to the resilience of Ben Roethlisberger and the Steelers that they managed to end the season at .500 even with such a horrible start, winning their last three games against the playoff-bound Cincinnati, Green Bay and Cleveland to stay in the mix valiantly until the final day of their schedule.

Roethlisberger’s leadership will be critical if the Steelers hope to end their two-year playoff absence this season.  The Steelers have the second-best price for an AFC North team to win the conference championship at +1400 and are at +220 to win the AFC North Division.

Provide a little leadership of your own and create a betting account now to cash in on the Steelers or any other team in the league in just a couple quick minutes. 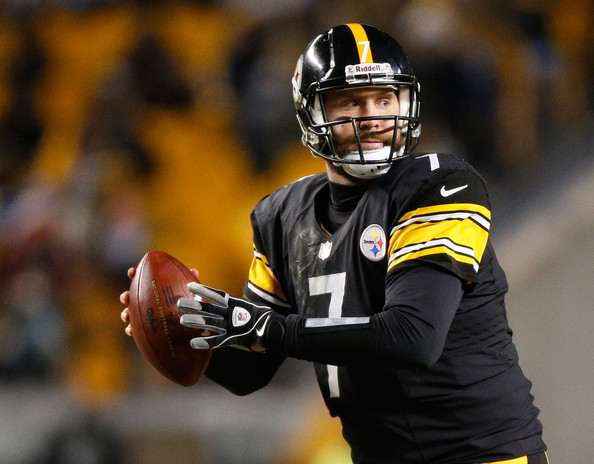 After a disappointing season by free safety Ryan Clark, the Steelers decided to splash the cash and sign Mike Mitchell from Carolina on a $25-million, five-year deal. The former Panthers safety dazzled last year with 66 tackles, 3.5 sacks, two forced fumbles and four interceptions and will help the Steeler defense that struggled in the secondary last season.

The Steelers will be without wide receivers Emmanuel Sanders and Jerrico Cotchery in 2013, after the two pass catchers left for greener pastures. The two combined for 113 receptions and 1,342 yards with 16 touchdowns last season.

The Steelers decided to plug the huge hole left by the two stars by signing Lance Moore, a nine-year veteran from the New Orleans Saints. Though he struggled last season with injuries, playing in only 13 games, and recording only 384 receiving yards on 33 receptions, the Steelers will be hoping that he will replicate his 2012 season where he put in career-high numbers of 1,041 receiving yards on 65 receptions.

Head Coach Mike Tomlin also decided to shake up the coaching staff after two years of missing the playoffs. Among his key recruits was former Tennessee Titans head coach Mike Munchak who is tasked with rebuilding an offensive line that allowed 42 sacks on the aging Ben Roethlisberger.

The Steelers also boosted their defensive ranks by drafting Ryan Shazier and Stephon Tuittj to add speed and power to a defensive unit that ranked 21st last season, allowing an average of 115.6 yards per game.

The Steelers have not gone above .500 for the past two seasons which is why their season win totals is set at over/under 8.5 this season. The Steelers’ path back to the playoffs will be severely tested by these two games.

The Steelers will face their AFC North rivals Baltimore Ravens in the first ever CBS Sports Thursday night game on September 11 at the M&T Bank Stadium. The Steelers are 4-1 ATS against the Ravens in their last five games in Baltimore and this will surely be another tightly-contested ballgame. If either team can sweep the season series, they will push themselves into contention for the division.

In a Monday night game, new Steelers offensive line coach Mike Munchak will want to put one over his former team as the Steelers take on the Titans in LP Field.

After consecutive 8-8 seasons the past two years, the Steelers will go above .500 and return to the playoffs this time around.