The Aztecs had were having none of the chants or heckling that the boisterous crowd at Allen Fieldhouse kept throwing at them. Furthermore, they made scoring for the Jayhawks harder than recruiting Andrew Wiggins. San Diego State is now 9-1 UNDER in their last ten.

Joining them on the list is Creighton, a school that appear to be enjoying its transfer to Big East. Rounding out the group are Harvard, Louisville, and Ohio State.

The Aztecs began this week with a surprising 61-57 win against Kansas on the road. Coming into Allen Fieldhouse, where the Jayhawks have won 68 straight times against non-conference teams,  the  Aztecs were not rattled one bit. Instead, they put the pressure on the hosts by employing a stingy defense that forced the Jayhawks to shoot just 29.8% from the field. The Aztecs’ scoring defense (56.5 PPG allowed per game) is No. 6 in the nation, and worked to near perfection against the Jayhawks. Expect other opponents to find it extra hard to score against the Aztecs in their upcoming games.

The Bluejays kept their clean conference record intact after thumping DePaul Tuesday night, 81-62. Not only that, Creighton also stretched their ATS success to eight straight games by erasing the 8.5-point spread as underdogs. The Bluejays once again flashed their proficiency from beyond the arc, dropping 11 three-pointers on the Blue Demons. Creighton is the nation’s No. 1 team in three-point shooting with an average of 11.4 treys per game. [sc:NCAAB240banner ]

The boys from the Ivy League Conference aren’t just happy to be winning games straight up – they want to crush their opponents. Harvard is near perfect this season against the spread with a 7-1 ATS record so far.

Louisville didn’t look like the defending national champions against the Scarlet Knights, but came away with an 83-76 win, nonetheless. The Cardinals did damage in that game on the charity line, where they made a living by knocking down 41 of 46 attempts. The Totals line for that game was 145, which the game easily surpassed with a 159 mark. It was the sixth time in seven games that the Cardinals have gone Over. 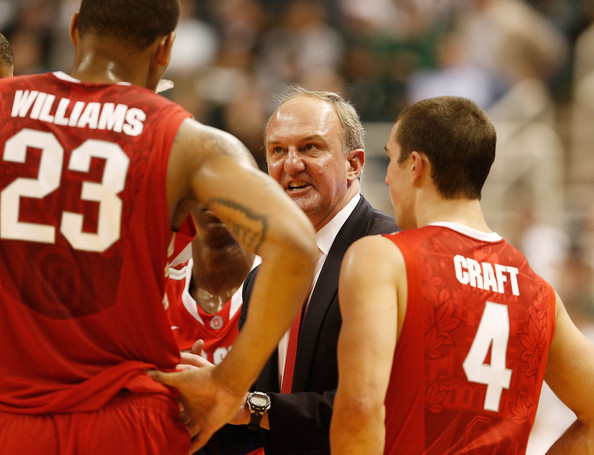 In the battle of two unbeaten Big Ten teams, the Buckeyes suffered the same fate as their football counterparts did when they dropped a sorry overtime loss to Michigan State, 72-88. But chin up Buckeyes fans. Despite the loss, the Buckeyes showed they could hang around with the big boys (the Spartans are No. 5). Prior to the game, Ohio State had only faced one Top 25 team in No. 17 Marquette (W 52-35). It could have been a statement win for the Buckeyes, but the loss will only spur hopes for a big bounce-back from Thad Matta’s crew.

Check out lines and odds for all of these teams and more over at Top Bet Sportsbook.