It’s the best of the East in today’s edition of best games to bet on. First up, we have the Atlanta Hawks and the Miami Heat in an intriguing matchup between two contenders in the NBA’s Eastern Conference. Over in the NHL, the Washington Capitals and the New York Rangers square up in a rematch of last Stanley Cup Playoffs’ Eastern Conference semifinals.

You can check out our complete preview of the Hawks vs. Heat here.

[sc:NBA240banner ]After an opening night loss to the Detroit Pistons, the Hawks look like they’re back to being the dominant team that they were last season. The Hawks are 3-0 SU in their last three games, which includes their 94-92 victory over the Charlotte Hornets on Sunday.  Just like last season, the Hawks are being led by the three-man combo of Jeff Teague (18.3 PPG), Al Horford (17.5 PPG), and Paul Millsap (16.0 PPG).

A couple of Hawks, however, have been stepping up in Dennis Schroder (13.3 PPG) and Kent Bazemore (11.0 PPG). The Heat, on the other hand, are getting impressive numbers from Dwyane Wade and Hassan Whiteside, who handles most of the scoring and rebounding, respectively. Wade is putting up 21.7 PPG, while Whiteside is averaging in double-double (13.3 PPG, 10. RPG). The Heat are coming off statement 109-89 win over a legitimate title contender in the Houston Rockets on Sunday. Miami is 4-1 SU and ATS in its last five games dating back to last season. 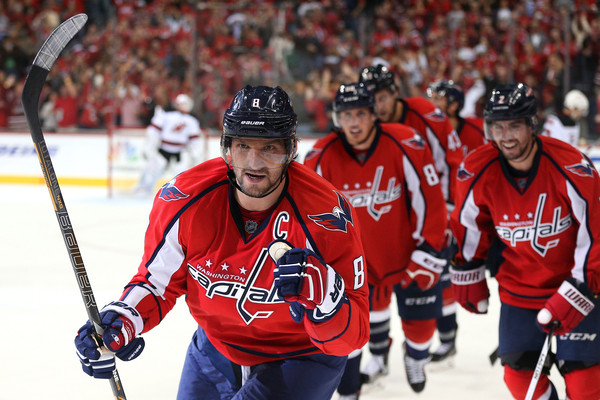 The big dogs of the Metropolitan Division meet tonight in the Big Apple as the Capitals pay Henrik Lundqvist and the Rangers a visit. The Capitals have been perfect on the road so far, as they are 4-0 in all four games away from DC thus far this season. That includes their 2-1 overtime in Florida on Saturday.

The Rangers, meanwhile, have won all of their last four games at home. They are coming off a 3-1 win at Madison Square Garden against the Toronto Maple Leafs last Friday. It’s going to be offense vs. defense later tonight, as the Capitals are fourth in the league in scoring (3.4 GF/G) and fourth in power play percentage (24.1), while the Rangers are best in the league in defense with only 1.8 goals allowed per game.