Thirty-four bowl games down, and the biggest one to go: the BCS National Championship Game. Who will prevail: the Auburn Tigers’ great ground game or the Florida State Seminoles’ Jameis Winston-led aerial assault?

As mentioned in the extensive BCS National Championship Game preview, the path toward Auburn’s 2nd national title in four years will almost certainly be on the ground.[sc:NCAA240banner ]

Auburn has a prolific running attack (335.7 yards/game) led by Tre Mason. The junior exploded for 304 yards and 4 TDs in the SEC Championship Game, while QB Nick Marshall (125 yards/game in last 4 games) is definitely a bigger threat with his legs than his arm. Auburn is 10-0 ATS in its last 10 games.

At the same time, the Florida State Seminoles will lean on the magical arm of Jameis Winston to complete their perfect season. The Heisman Trophy winner led the nation’s most powerful offense while setting all sorts of freshman records. But its defense may ultimately decide the national title: the Seminoles have allowed just 5 rushing TDs all year, least in the nation. Florida State is 6-0 ATS in its last 6 games. 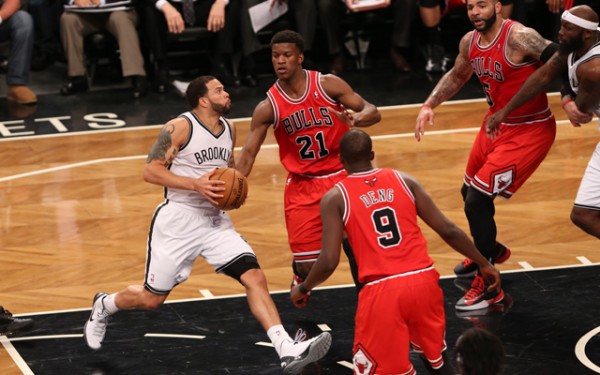 The Hawks have lost three of the five games since Al Horford’s injury, including their first two games of 2014. After topping 100 points for 14 games in a row, the Hawks have been averaging just 92 points per game in their last three games. Atlanta is 4-1 ATS in its last 5 games against the Nets.

On the flipside, the Nets have won their first two games of the year, including a shock road win at Oklahoma City. Deron Williams has shown signs of returning to his All-Star self, posting back-to-back 20+ point games for the first time this season. The Over is 6-1-1 in the Nets’ last 8 versus the NBA Southeast.

For the most comprehensive list of NFL, NCAAF, MLB, and NHL game odds and betting lines, visit Top Bet’s sportsbook.