Best Games to Bet On Today: Red Raiders vs. Cowboys & Warriors vs. Clippers

Big 12 Tournament action  kicks off with a surefire heated contest between the Red Raiders and the Cowboys. Later tonight, the Warriors and the Clippers put on the line their respective winning streaks in a testy West Coast encounter.

It must have felt like waking up from a bad dream for the Red Raiders when they finally nailed a win in the last game of their regular season against Texas. Prior to the match, Texas Tech was stuck in a lengthy losing streak, which reached six games after losing to the Jayhawks 82-57. Though the win felt new for Texas Tech, totals bettors were given the usual result. The Red Raiders are 4-0 UNDER in their last four games.

Red Raiders top scorer Jaye Crockett scored 22 points against the Longhorns, to end a four-game stretch in which he failed to score in double-digits. Crockett could spell the difference for Texas Tech against the Cowboys. He scored 21 points when the Red Raiders defeated Oklahoma State in their first meeting.

[sc:NCAAB240banner ]Iowa State battled back from a 16-point deficit and prevailed in overtime to leave a bad taste in the mouth of Oklahoma State days before the start of Big 12 Tourney. Nevertheless, the Cowboys appear to be headed towards a promising tournament with an otherwise strong finish in the regular season. They hold 4-1 SU and ATS records in their last five games.

In the first round of the conference tournament, Oklahoma State looks to continue its dominance of the Red Raiders. The Cowboys are 7-1 SU in their last eight games against Texas Tech. They are also 4-1 ATS in the last five meetings.

The Red Raiders will put up a good fight and make this game competitive up to the end.

Stephen Curry scored just 10 points but the Warriors breezed by Dallas for a 108-95 win to notch their fifth straight. With every player on the team contributing on offense, the Warriors barely needed their spitfire guard to score.

The Warriors make a short trip to Staples Center tonight to face division rivals, LA Clippers. Golden State have not had any trouble playing away from home recently. They are 3-1 SU and ATS in their last four road games.

Blake Griffin taking an elbow to the face could be the only lowlight for the Clippers over the past couple of weeks. After defeating Phoenix 112-105, the Clippers extended their winning streak to eight games, currently the longest in the NBA. With the victory, the Clippers moved within three games behind of the Western Conference’s no. 1 team, the Spurs. 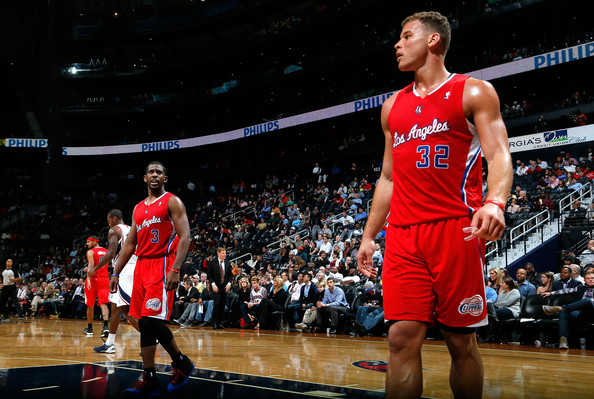 The Clippers have been shooting exceptionally well as of late; their 52.5% from the floor in the last five games is the best in the NBA. Griffin, in particular, have run riot on offense. He is averaging 25.2 PPG and has scored 20 or more points in 24 straight games. Despite a high scoring average of 115.0 PPG in the last five games, the Clippers are 4-1 UNDER over the same duration.

The duo of Andrew Bogut and David Lee will slow down the red hot inside game of the Clippers. Plus Staples Arena isn’t 800 miles away from Oracle Arena, so it’s not like a tedious trip for the Warriors.

Don’t wait: bet on these games now. And don’t forget that Top Bet is your home for NBA and college basketball odds, news and betting lines.