Best Games to Bet on Today: Tar Heels vs. Spartans & Thunder vs. Blazers

Tommy Izzo and the Spartans have not won against the Tar Heels in a long while. But are things going to change tonight when North Carolina takes a trip to East Lansing? In the NBA, the Thunder put their winning streak on the line against Portland, who are fresh off cutting down Indiana’s spree.

The Tar Heels are aiming for a second win against a top 5 team when they take a trip to East Lansing to face the nation’s No.1-ranked team in the Michigan State Spartans. [sc:NCAAB240banner ]

After suffering an 83-80 upset loss to Belmont, Roy Williams’ boys bounced back strong by serving No.3 Louisville a 93-84 defeat. The team’s leading scorer, Marcus Paige, dropped 32 points in that game and then followed it up with a 26-point performance in a loss to UAB.

Once again, the Tar Heels are looking for some measure of redemption as they try to score the biggest upset of their young season tonight. North Carolina is 6-0 SU and ATS in its last six games against the Spartans.

The Spartans are all too aware of their losing binge against North Carolina, but they hope that tonight’s game will put a resounding end to their woes against the Tar Heels.

Michigan State is coming into the game as the No.1-ranked team in the nation. The Spartans are riding the coattails of a seven-game winning streak. Except for Kentucky, the No.1 team before them, the Spartans were faced with little threat, winning games at an average margin of 19.0 points. Sophomore guard Gary Harris is the team’s leading scorer (17.7 PPG), but individual scoring aside, Tom Izzo’s team puts more emphasis on sharing the ball. Keith Appling dishes out 5.6 APG to lead the best passing team in college basketball. The Spartans registers 22.0 APG. 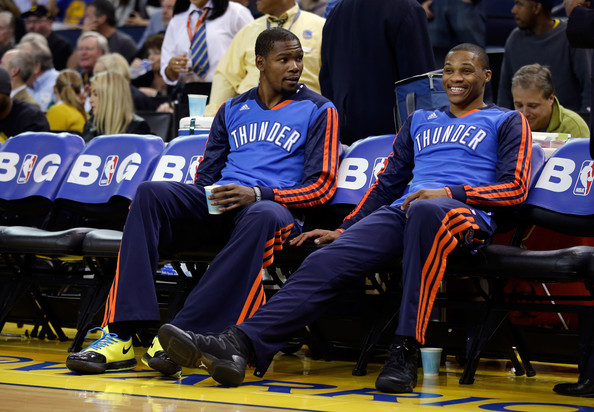 Kevin Durant provided another monster performance, scoring 27 points and grabbing 11 rebounds as the Oklahoma City Thunder fought just enough in the payoff period to thwart the rally of the Sacramento Kings and win their eighth straight victory, 97-95. It was the first of the Thunder’s three-game road trip, which continues tonight at Portland.

The Thunder haven’t lost in Portland in over two years. They are 4-0 SU and 3-0-1 ATS in their last four games there.

After seeing their 11-game winning streak end, the Trail Blazers returned to fine form by scoring wins over the Lakers and the Pacers, respectively. The 106-102 victory over Indiana ended the Pacers’ own winning streak at seven.

In that game, the duo of LaMarcus Aldridge and Damian Lillard did most of the damage. Aldridge came away with 28 points and 10 rebounds while Lillard had 26 markers and six boards.

Portland looks to stretch their home winning streak tonight against the Thunder. The Blazers are 6-0 SU in their last six games in Moda Center.