The Golden State Warriors opened up their playoff schedule with a soul-crushing win over the Houston Rockets on Saturday. The Dubs will look to go up 2-0 in the series later tonight, but they might do that without Stephen Curry, who’s having some issues with his ankle. That game along with Game 3 of the Washington Capitals vs. Philadelphia Flyers comprise our short list of best games to bet on today.

The Flyers must start finding their offense. They’ve scored just once in the first two games of this first round series against Washington, which won on Saturday, 4-1, to take a 2-0 series lead. Hopefully they’ll have a better game later tonight at home, where they’re 8-2 in netminder Steve Mason’s last 10 starts there.

The Caps, meanwhile, will count on Braden Holtby to weather Philadelphia’s attacks. The Caps are 4-1 in Holtby’s last five starts overall. 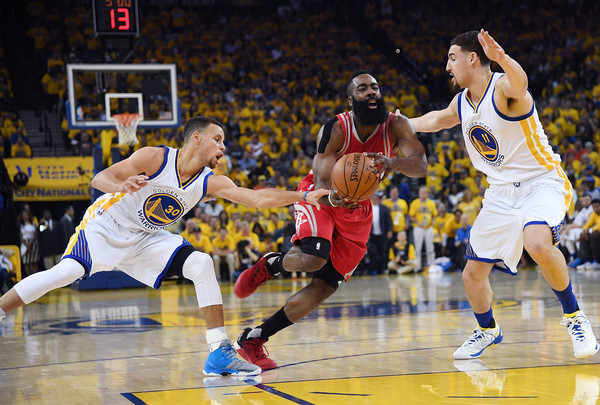 Just like in the regular season, the Warriors used the Rockets to mop the floor during their 104-78 Game 1 victory. Stephen Curry led the Warriors with 24 points in that game, but his status for Game 2 is in question after tweaking his ankle on Saturday. With or without Curry, the Warriors remain a favorite in tonight’s matchup with the Rockets.