The Cleveland Browns will usher in the Mike Pettine era, as they take on the Pittsburgh Steelers on the road in Week 1. Heinz Field hasn’t given the Browns many fond memories as reflected by their salty record there. The Steelers, on the other hand, fell short of a playoff spot last season and their mission to return to glory begins with an intriguing matchup against the perennial cellar-dwellers of the AFC North division.

See other Week 1 game previews, too. You can read our preview of the Packers vs. Seahawks matchup here and the Bengals vs. Ravens here.

[sc:NFL240banner ]Let’s set aside the Browns’ much-discussed quarterbacks for a moment and focus on the other Browns position players, who are expected to make an immediate impact on the team. After all, the team’s passing game is in a quandary, particularly because of Josh Gordon’s situation. To put it bluntly: rushing will matter more in this game for the Browns’ offense than anything else.

First off is running back Ben Tate, (771 rushing yards and four touchdowns in 2013) who is touted to have a breakout year this 2014 following three seasons of hiding in the shadow of Arian Foster in Houston. One factor that points to a great season for Tate (and the Browns’ backfield overall) is new offensive coordinator Kyle Shanahan, whose zone-blocking scheme makes a perfect fit for Tate’s strengths.

The Steelers had a faulty rushing defense last season, and they haven’t made any significant improvements in that area, judging by their preseason games. That said, it appears that the Browns have the right opponent to flex their muscles on the ground in Week 1.

On defense, cornerbacks Joe Haden and Justin Gilbert will have their guards up all night against the Steelers, who will roll out a new-look set of wideouts. The drafting of Haden in the first round was a shot in the arm of the already fantastic Browns passing defense, which finished eighth overall (221.1 yards per game) in the NFL last season.

The total has hit the under in the Browns last two games of the 2013 season. 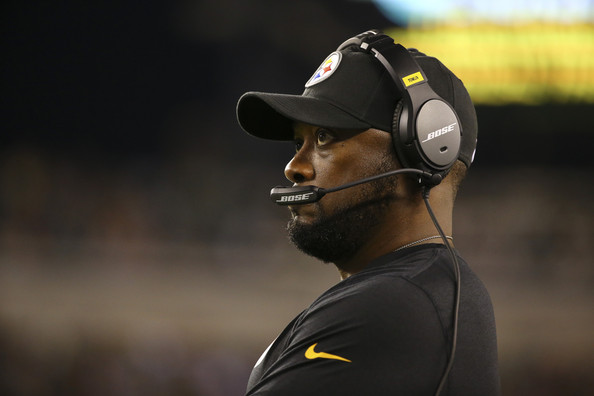 Pittsburgh’s offense is supposedly set to improve, especially on the ground, with the new tandem of Le’Veon Bell and LeGarrette Blount. However, any enhancements in that area might not be felt by the Steelers in Week 1 after news broke out that the team is looking to suspend the two running backs because of off-the-field issues.

Should the management sit out Bell and Blount, it would be a devastating blow to the Steelers’ offense, and it would mean Ben Roethlisberger would have to walk the extra mile against Cleveland. The handicap could spell the difference between the Steelers extending their lengthy winning streak at Heinz Field against Cleveland (10-0 SU in last 10 home games against the Cleveland) and the Browns ending it on September 7.

In any case, Roethlisberger (4,261 passing yards and 28 TDs) will orchestrate the passing offense just the same as last year even with the departures of former targets Emmanuel Sanders and Jerricho Cotchery over the offseason. With the rushing offense close to being irrelevant in Week 1, receivers Antonio Brown (1,499 yards and 8 TDs) and Markus Wheaton and tight end Heath Miller will all have a busy day receiving the pigskin.

The Steelers are 5-1 SU and ATS in their last six home games. That record includes their Week 17 victory (20-7) last year against the Browns as 9.5-point home favorites.

The Steelers will muster enough offense from the passing game and win the game, but take the Brown to cover +6.5 as road underdogs.