What a way to open the 2014 NFL regular season.

There’s no love lost between the Green Bay Packers and the Seattle Seahawks, nearly two years removed from the infamous Fail Mary Game. For the Packers, a win in this game will not only avenge that loss, but will also send a strong message across the league that they’re back in their Super Bowl contention after a partial season from Aaron Rodgers saw them become also-rans in the NFC.

As for the Seahawks, they’re coming into the season with chips on their shoulder. They’ll have to prove that they are immune to the Super Bowl hangover.

Read on for more about the NFL’s huge opening day matchup and while you’re at it don’t miss our regular season win total predictions and our compilation of experts’ picks for the 2014-2015 season.

[sc:NFL240banner ]With Aaron Rodgers healthy, the backfield more potent, and the defense improved, the Packers have everything they need to contend for the Super Bowl. And there’s no better way to gauge how strong and balanced their team really is than a Week 1 matchup against the defending champions in arguably the loudest, most intimidating stadium in the entire NFL.

The offense took a huge hit last year when Rodgers injured his shoulder halfway through the season, but if there’s any silver lining from that disastrous occurrence, it’s that it opened up a big opportunity for the backfield, and Eddie Lacy in particular, to shine.

Now that Rodgers is back on the field and Lacy is an established stud (1,178 rushing yards and 11 touchdowns in 2013), the Packers have a more balanced offense they’ve ever had with Rodgers taking the snaps. Their attack is going to be a handful even for the Seahawks, whose stringent defense carried them into a Super Bowl title last February.

On defense, the acquisition of Julius Peppers (45 tackles, 7 sacks, 2 forced fumbles in 2013) and his imminent pairing with Clay Matthews on the pass rush makes the duo among the most terrifying for opposing quarterbacks. The secondary received a boost too, when the Packers drafted safety Ha Ha Clinton-Dix out of Alabama in the first round.

Before losing to the Seahawks in 2012, Green Bay had a three-game winning streak against them, while covering the spread in each of those games.

Create a betting account now and get your bets down on a juicy Week 1 in the NFL. 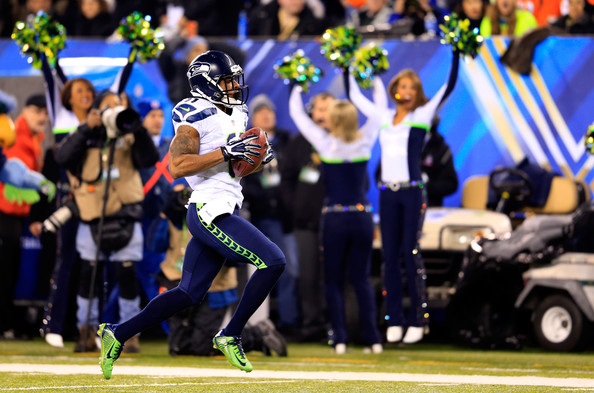 So Rodgers is back, healthy, and comes with a group of talented receivers? For the Seahawks, it will be a welcome challenge for their secondary that took all comers in 2013 and shut them down good. In 2013-2014, Seattle’s defense was the best in terms of opposing passing yards (172.0 yards per game) and total opponent yards (282.8). With Richard Sherman (48 tackles, 8 interceptions) and Kam Chancellor (99 tackles, 3 INTs) covering the receivers, the Packers won’t have room for early season mistakes.

If Green Bay chooses to go for the kill on the ground, Lacy and rest of the Packers’ backs will be met by a defense that allowed just 101.6 yards per game last season, seventh overall. The Seahawks lost some key figures on their defense (Red Bryant and Chris Clemons) but fortunately re-signed defensive end Michael Bennett. That said, the depth of the front seven carries some questions and this aspect is worth keeping an eye on in Week 1.

The offense, on the other hand, remains lethal with the core of the offensive line intact. If healthy, WR Percy Harvin will add dynamism for the Seahawks’ offense, which was heavy on rushing last season with Russell Wilson and Marshawn Lynch providing much of the firepower in that area. Expect Harvin to be targeted frequently by Wilson (3,357 passing yards and 26 TDs), whose creativity will be put to test against the revamped Packers’ defense.

The Seahawks are 9-1 SU in their last 10 home games. The total has also hit the under in all of their last five games in CenturyLink Field.