Here come the Seahawks! Seattle soared to the top spot of the NFC Wild Card race with a comprehensive 29-point victory over Baltimore on Sunday. They will look to further bolster their playoff bid when they take on the struggling Cleveland Browns in an intriguing Week 15 showdown at CenturyLink Field.

Read on below for an in-depth breakdown of this NFL matchup and while you’re at it, you can check out our previews of Arizona vs. Philadelphia and Houston vs. Indianapolis.

Betting on the Cleveland Browns (3-10)

The Cleveland Browns finally snapped their seven-game losing streak with a gritty 24-10 victory over the San Francisco 49ers on Sunday. Johnny Manziel had by far his best game as a Cleveland Brown, completing 21 of 31 passes for 270 yards and a touchdown in his return to the starting lineup. It was a fantastic victory by the Browns, who won for the first time since October 11.

[sc:NFL240banner ]Cleveland’s victory wouldn’t be possible without the heroics of Isaiah Crowell. He romped for 145 yards on 20 carries with a pair of touchdowns.

Crowell’s performance was a welcome sight for the Browns, who finally got their ground game going. The Browns (230 rushing yards) had their best day running the ball since they had 351 against the Kansas City Chiefs in 2009. Cleveland’s season high entering the game was just 116 yards.

They will look to make it back-to-back wins when they take on the resurgent Seattle Seahawks this coming Sunday. For the Browns to accomplish that daunting feat, they will need to continue their stellar play on the defensive end.

The beleaguered Cleveland defense finally had some reason to smile on Sunday after sacking Blaine Gabbert nine times and ultimately limiting the 49ers to just 221 total yards on offense. They will have their work cut out for them, however, against a Seattle offense that has been sizzling of late. The Seahawks are averaging 35.3 points during their four-game winning streak.

Betting on the Seattle Seahawks (8-5) 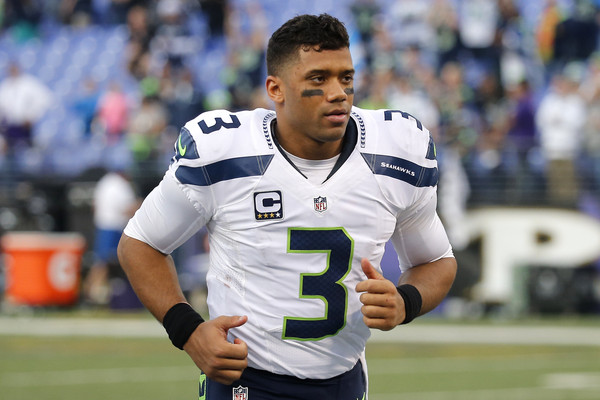 The Seattle Seahawks will head to their showdown with Cleveland with momentum on their side after trouncing the Baltimore Ravens, 35-6, on Sunday. It was another impressive victory for the streaking Seahawks, who have now won four consecutive games.

Starring for Seattle in this one-sided contest was quarterback Russell Wilson. He completed 23 of 32 passes for 292 yards and five touchdowns. The five touchdown throws matched Wilson’s career high, which he also set earlier this season against the Pittsburgh Steelers. He now has 16 touchdowns over his last four games.

Benefiting from Wilson’s stellar play were Doug Baldwin and Tyler Lockett. Baldwin scored on passes of 14, 22 and 16 yards, while Lockett caught touchdown throws of eight and 49 yards.

The Seahawks will look to sustain the momentum of that huge win when they take on the Browns this coming Sunday. For the Seahawks to stretch their unbeaten run, they will need to continue their excellent play on the offensive end. The Seattle offense was exceptional on Sunday, gaining 424 total yards on the afternoon. They’ll now be licking their chops at the prospect of facing a Cleveland side that is second-worst in the NFL in scoring defense, allowing 27.5 points per game this season.

However, the main concern for head coach Pete Carroll heading into this game is his team’s growing injury crisis. Running back Thomas Rawls broke his left ankle in the first quarter and is now out for the rest of the season. Rawls, who signed with Seattle as an undrafted rookie, rushed for 830 yards with four touchdowns this season, averaging 5.6 yards per carry. He had four 100-plus yard games starting in place of the injured Marshawn Lynch.