The Arizona Cardinals are going to the playoffs. The Cards clinched their spot with another win on Thursday night, extending their current winning streak to seven games. The next target Arizona has on its crosshairs is the division crown, which it can clinch with a win against the Philadelphia Eagles.

The Eagles, though, are also very much in contention for a division title after beating the Buffalo Bills on Sunday, and will be looking to extend their own two-game winning streak on Sunday night.

Read on below for our preview of this battle between NFC playoff contenders. And for more games involving the best of the NFC, check out our previews of the Packers vs. Raiders and Browns vs. Seahawks.

Betting on the Arizona Cardinals (11-2)

The Arizona Cardinals had their hands full against the Minnesota Vikings on Thursday night, but a timely defensive stop helped the Cards to hold on for the 23-20 win. The Cards failed to cover as 10-point home favorites, though, which dropped them to 3-4 ATS during their win streak.

[sc:NFL240banner ]With an extra three days’ rest, the Cards can now clinch the NFC West with a win against the Eagles. It’ll be hard not to back the Cards to get the job done, especially with how terrific their offense has played away from home. They’re 6-1 (5-2 ATS) on the road this season, and are averaging 31.7 points in those seven games.

Carson Palmer had another very solid day throwing the ball against the Vikes as he went for 310 yards and two touchdowns. Michael Floyd had five catches for 102 yards and a touchdown, his first 100-yard game at home this season. His first three all came on the road and have all come since November 1.

With the Eagles suffering injuries in the secondary to cornerbacks Eric Rowe and Nolan Carroll, look for Palmer and Floyd to have another potentially big game through the air.

Rookie David Johnson had his second near-100-yard rushing game in as many weeks as he continues to start in place of the injured Chris Johnson and Andre Ellington. The Cards should be able to continue moving the ball effectively on the ground against an Eagles run defense that is 27th in rushing yards allowed this season.

The Cards run defense, meanwhile, limited Adrian Peterson to just 3.0 yards per carry on 23 attempts, and should be equally as effective against the Eagles, who have struggled running the ball this season.

Betting on the Philadelphia Eagles (6-7) 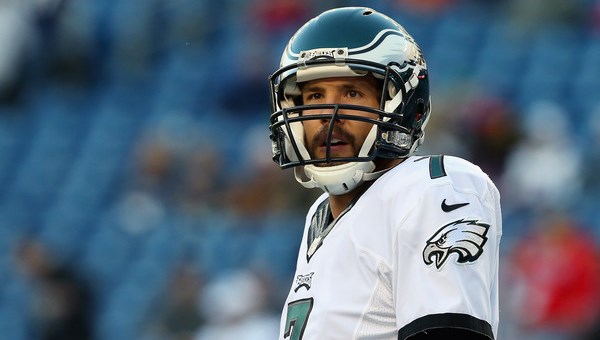 The Philadelphia Eagles looked dead and buried just two weeks ago, especially after suffering back-to-back blowout losses to the Bucs and Lions. But Chip Kelly’s men have come back to life to win their next two games against the Patriots and the Bills.

Unsurprisingly, the significant upgrade from Mark Sanchez to Sam Bradford at quarterback has had a very positive effect on the offense. Bradford threw for two touchdowns in their 35-28 upset of the Pats, and had 247 passing yards, including a 53-yard touchdown to Nelson Agholor against the Bills.

Bradford’s fine play has helped the Eagles overcome their continued inability to run the ball with much consistency. The three-headed backfield of DeMarco Murray, Ryan Mathews and Darren Sproles averaged just 3.4 yards per carry against the Bills. However, it remains to be seen if Bradford can continue playing well against a very formidable Arizona pass defense that’s ranked No. 3 per DVOA.

Meanwhile, the Eagles defense, which was rated very highly by advanced metrics prior to their nightmare two weeks back in Thanksgiving, has also bounced back with two solid performances.

If the Eagles play up to their abilities as they did for three quarters against the Pats, they should be able to cause the Cards a few problems. It was only two weeks ago when Arizona’s high-powered offense came unstuck on the road against the Niners in a labored 19-13 win.