The Green Bay Packers and the Oakland Raiders are both fresh off solid wins in Week 14 to further support their respective bids for the postseason.

The Raiders are still on the outside looking in, but they could very well make the AFC race all the more interesting should they beat Green Bay this coming Sunday. Then again, the Packers seem to have their offense clicking again, and will be eager to widen their lead on the Vikings for the NFC North title.

Who will prevail as the victor from this clash over in the Bay Area? Read on to find out more about this crucial matchup. And for more on the games about to take place over at the West Coast in Week 15, check out our previews for Cleveland vs. Seattle and Cincinnati vs. San Francisco right after this.

Betting on the Green Bay Packers (9-4)

Turns out that all the Green Bay Packers needed was for head coach Mike McCarthy himself to start calling offensive plays from the sidelines.

[sc:NFL240banner ]Green Bay came out on top of an impressive 28-7 decision over the struggling Dallas Cowboys on Sunday, with the team running a much more balanced offense with McCarthy calling the shots instead of associate head coach Tom Clements.

All in all, the Packers amassed 435 yards of offense along with 29 first down conversions. Aaron Rodgers has a decent day in the air with 218 passing yards and two touchdowns, while the team’s backfield racked up 230 rushing yards behind 44 carries.

Eddie Lacy finished with 124 rushing yards and a TD. His fellow running mate, James Starks, had 71 yards on the ground himself and scored the team’s other rushing touchdown for the day.

Apart from having a revitalized offense ready to take on the Raiders’ middling defense next Sunday, Green Bay could also make a lot of bettors happy if its offense keeps this stellar pace up. Because for the past 10 Packers games, the total – surprisingly – has gone under on eight occasions.

Betting on the Oakland Raiders (6-7) 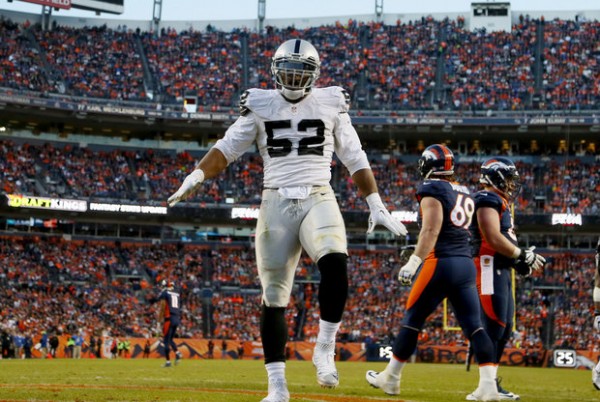 Not only did the Oakland Raiders pull off the huge 15-12 upset in Mile High against the Denver Broncos this Sunday, but they also got the job done behind their almost-always absent defense.

Oakland’s D grabbed its 90’s boom box and played the tune of Mark Morrison’s “Return of the (Khalil) Mack” all throughout the second half of the contest to shock the Broncos. Mack, Oakland’s breakout second-year defensive lineman, laid an utter beat-down on Denver’s Brock Osweiler with five sacks in the second half, including a rare safety to power his team for the win.

The Raiders certainly needed to rival Denver’s own stifling D a notch better in that game, as the Broncos were still ultimately successful in containing Oakland’s offense. Latavius Murray was stuffed for 27 measly rushing yards on 16 carries, while Derek Carr completed just 12 of his 29 passes for 135 yards. But at least Carr got two TDs for his effort to have his team climb out of a 12-0 hole in the first half.

Yet here’s an even bigger picture of the Raiders’ struggles on Sunday: they only managed to gain eight first downs the entire contest and also went 3-of-15 on third down situations. This kind of performance will simply not do against the resurgent Packers next Sunday, even though they’ll be playing from the comfort of their own home turf.

In fact, Oakland probably wishes that their Week 14 meeting with Green Bay would be held in Lambeau instead. The Raiders have lost four of their six home games this season (SU/ATS), with Derek Carr having thrown seven picks in O.co Coliseum compared to just two on the road.

The Packers drag the Raiders back down to Earth with a 36-17 drubbing to remain atop the NFC North standings.

Create a betting account now before the NFL reaches the playoffs to make the most out of the remainder of this thrilling regular season with your very own stunning predictions.