What’s up for Friday? Baseball action is back on deck with the start of the NLCS and the NHL brings you the match-up between two Hart Trophy candidates.

Brandon Marshall scored two touchdowns and Jennings had two of the Chicago Bears’ three interceptions against Eli Manning in a 27-21 victory over the now 0-6 New York Giants.

The Detroit Tigers took Game 5 and advanced to the ALCS for the third straight time after beating the Oakland Athletics, 3-0.

Jean-Sebastien Giguere made 39 saves in his 37th NHL shutout, and the Avalanche stayed perfect with a 2-0 victory over the Boston Bruins on Thursday night.

Two of baseball’s most storied franchises square off when the St. Louis Cardinals and the Los Angeles Dodgers meet in Game 1 of the National League Championship Series. The Dodgers rose to contention thanks to the 42-8 stretch, beating the Atlanta Braves in four games. The Dodgers have a stellar pitching rotation in Clayton Kershaw and Zach Greinke.

St. Louis advanced to its third straight NLCS – and eighth since 2000 – by surviving Pittsburgh in five games behind ace Adam Wainwright. The Cardinals can’t match the power of the Dodgers but they have a deep and balanced lineup that led the NL in runs and doubles. The Cards will put Joe Kelly on the mound, who helped staged a two-game comeback in the NLDS.

Entering the NLCS, the Dodgers are stellar with Greinke on the mound, especially on the road, as they are 9-2 in Greinkes last 11 road starts. Meanwhile, the Cardinals are 6-1 in Kelly’s last 7 home starts. 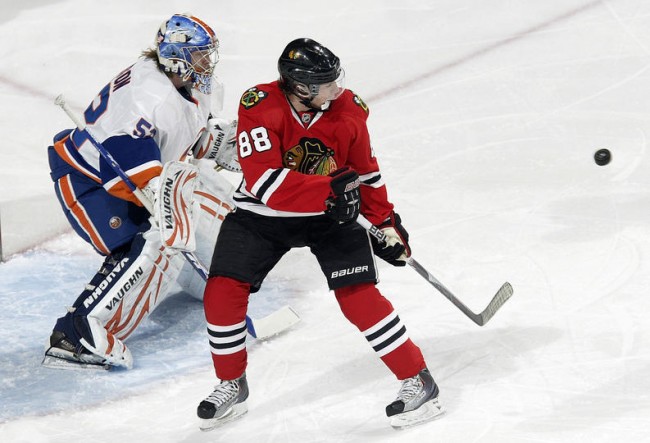 The New York Islanders are off to a fast start, and they’re in position to hand the Chicago Blackhawks their first three-game winless streak since February 2012 when the teams meet at the United Center on Friday night.

The Islanders have followed up a surprising playoff berth last season by starting 2-0-1 in 2013-14, and they’re coming off a 6-1 home victory over Phoenix on Tuesday. Chicago (1-1-1), coming from a 3-2 defeat at St. Louis, will try to prevent that and get back on the winning track.

The Islanders will have Evgeni Nabokov defending the net and he has been fine on the road so far, as the Isles are 5-2 in Nabokov’s last 7 starts on the road. The Blackhawks, meanwhile, are feeling good going against an Eastern Conference foe, as they are are 4-1 in their last 5 vs. the East.