Experts’ Picks and Predictions for Round 2 of the NBA Playoffs

Aside from being one of the craziest opening rounds recently, Round 1 of the NBA playoffs was also one of the most expert-defying in recent history, as seen by the amount of analysts whose predictions were rattled in the first round.

Will the conference semifinals be just as unpredictable? Read on for our compilation of experts’ picks for the second round, and then create a betting account and make some picks of your own.

Experts’ Predictions for the Second Round of the NBA Playoffs

After the San Antonio Spurs capped off what was arguably the wildest first round in the history of the Playoffs with a win over the Dallas Mavericks in Game 7, the pundits return to consulting their crystal balls, this time to predict which surviving teams will make it through the conference semifinals.

[sc:NBA240banner ]Over at USA Today, four of their experts unanimously picked the Miami Heat and the Spurs to win their series against the Brooklyn Nets and the Portland Trail Blazers, respectively.

Despite the fact that Miami was swept in its regular season series against Brooklyn, Jeff Zillgitt believes that it won’t matter in this second round matchup. He even cited the time that the Chicago Bulls beat the Heat three times in the 2010-11 regular season, but were ousted in the same season’s playoffs by, you guessed it, Miami. The Heat are priced -550 to win the series, while the Nets are staggering +425 underdogs.

*Expected number of games of each series in parentheses

Meanwhile, the same experts think that the young Portland Trail Blazers are going to run into a wall in the Spurs. Portland enjoyed the lax defense the Houston Rockets presented them in the first round, but against San Antonio, digital editor Adi Joseph sees Damian Lillard and LaMarcus Aldridge experiencing more difficulty scoring than they used to against the Rockets.

In the Washington Wizards-Indiana Pacers series, USA Today’s team are buying Washington’s timely surge. Only Zillgitt picked the Pacers to win the matchup, with the other three predicting the Wizards will cut Indiana’s season short. 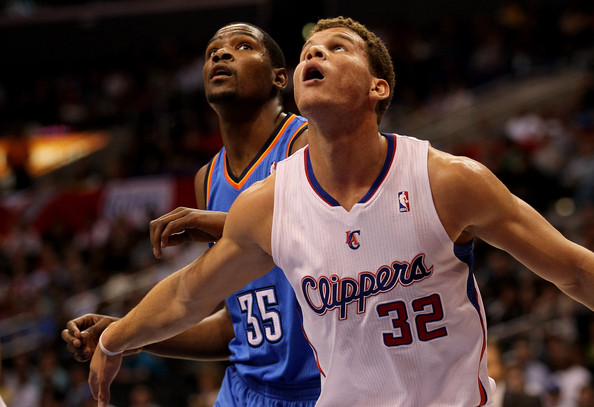 Similar to the Wizards, USA Today’s experts had the Los Angeles Clippers over the Oklahoma City Thunder, three votes to one. While Amick is leaning on Oklahoma City because the Clippers don’t have the same kind of tormenting defense as the Memphis Grizzlies, which caused Kevin Durant to be branded as Mr. Unreliable, the other three opined that the Clippers’ deeper bench and decisive advantage in the paint would prove too much for the Thunder.

We’re inclined to agree with Mr. Amick, as we wrote in our preview of Clippers vs. Thunder. Say what you will about the Clippers’ bench, they simply don’t have a pair of scorers playing as well as Russell Westbrook and Durant did in the last two games of their series against Memphis.

Jeff Kaplan of NBA.com, however, sides with Amick. He believes the Clippers will fizzle out in six games, largely because of their inability to contain the duo of Durant and Russell Westbrook. Against the Grizzlies in the first round, Durant averaged 29.9 PPG, while Westbrook was not far behind with 25.6 PPG.

Bleacher Report’s featured columnist was among the first to write a prediction for the upcoming round. In his May 4 column, he pointed out the long rest of the Heat will play a vital factor in series, especially against the aging Nets, who played a maximum seven games in the first round. Ultimately, he predicted Miami to emerge victorious in six games.

Who do you like to win the  four round 2 series in the NBA? Answer our survey to make your voice heard. Enjoy the first round everyone!