The end of the 2015 NCAA Football Regular Season is fast approaching, and so is the time to award this year’s Heisman Trophy. It’s been the year of the running back thus far with Derrick Henry, Ezekiel Elliott and Leonard Fournette all contending for the award. But a couple of signal callers, No. 1 Clemson’s Deshaun Watson and No. 7 Oklahoma’s Baker Mayfield, could steal their thunder.

It’s been a wild race for the Heisman Trophy, and it doesn’t figure to get any tamer as the season’s end draws nearer. Read on as we take a look at the top five contenders for college football’s most prestigious award.

Get ready to catch some of these Heisman Trophy hopefuls in action with our complete previews for TCU vs. Oklahoma and Michigan State vs. Ohio State.

[sc:NCAA240banner ]Derrick Henry was merely an afterthought as the best running back in college football with Leonard Fournette dominating earlier in the season. But with one fell swoop, Henry managed to steal the highlights after rushing for 210 yards and three scores in a 30-16 win over Fournette’s LSU in Week 10. He followed that up with a 204-yard and two-touchdown performance against Mississippi State in Week 11 to lead the Heisman Trophy race as the -250 favorite. 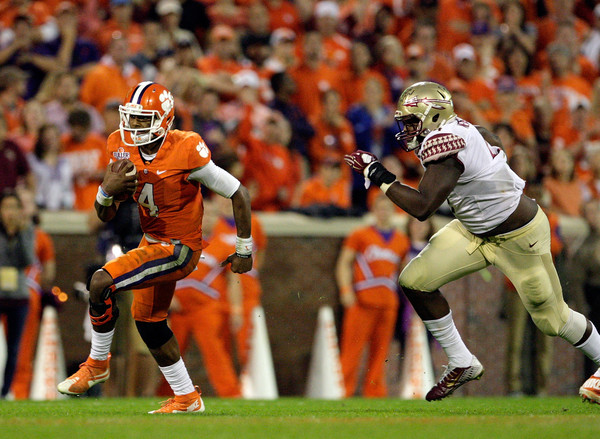 Deshaun Watson is not shy of exploding for big games. He’s passed for 360 yards or more in two of his last three games with seven total touchdowns and just one pick.  Watson is the quarterback with the best chance of guiding his team to the College Football Playoff, after helping his unbeaten Clemson Tigers to rank No. 1 in the first two playoff rankings. 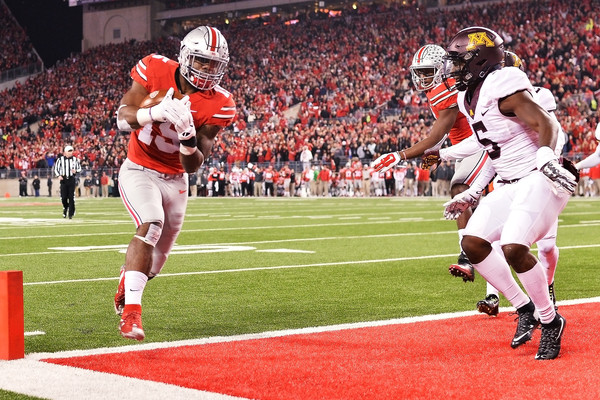 No. 2 Ohio State running back Ezekiel Elliott hasn’t shown much of his dominance like he did to win the national championship last season, rushing for three straight 200-plus yard games. Elliott only has one 200-yard game this season, a 274-yard and three-touchdown performance at Indiana in Week 5. But don’t sleep on the Buckeyes’ bruising running back just yet; he could explode with some key performances to steal the Heisman Trophy at +500. 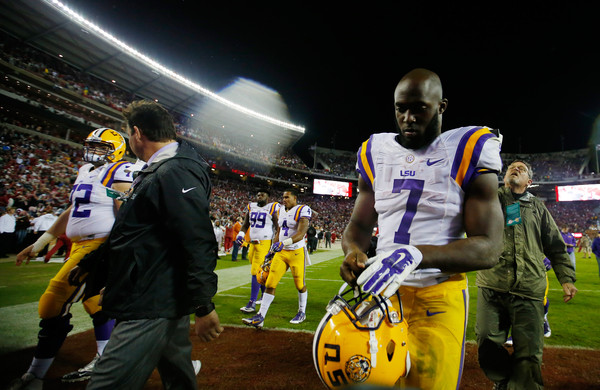 The Leonard Fournette hype train has been derailed. After a dominant first seven games, Fournette finally slowed down against elite rushing defenses. Fournette rushed for just 31 yards against Alabama in a 30-16 loss in Week 10. He then rushed for just 91 yards in a 31-14 blowout against Arkansas a week later.

Fournette is still talented enough to burst into the Heisman Trophy picture with games against Mississippi and Texas A&M. But it’s going to be a long shot considering his +600 odds to win the trophy. 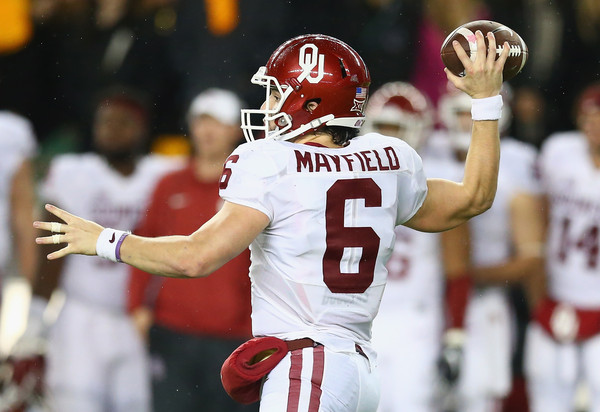 Baker Mayfield is late to the party. But he makes one hell of a sleeper to win the Heisman Trophy at +1,000. Mayfield led Oklahoma to beat Baylor 44-34 on the road in Week 1on the strength of 270 yards and three touchdowns. He added 76 yards rushing and a score on 15 carries to flash some dual-threat abilities.

If Mayfield gets past No. 15 TCU and No. 8 Oklahoma State next, then he stands a chance of leading the Sooners to the College Football Playoff with a Heisman Trophy in tow.

Create a betting account now and win big on the tight race for this year’s Heisman Trophy.