How Does the College Football Bowl Season Work

The college football season is a tricky one. First off you’ve got a few different divisions to choose from, but for this example we’re going to use the most popular – Division One. I mean it makes perfect season sense until you hit December, then this team is randomly playing that team and the bowl name is usually ridiculous as well.

A lot of money gets tossed around in bowl season with new uniforms, bowl sponsors and TV sponsors. What we’re going to focus on though is how this team ends up playing that team. [sc:NCAA240banner ]So if you’ve ever wanted a crash course on how it all works, this is the read for you. Ladies and gentlemen, without any further adieu, let’s talk bowl season!

Now, if you’re a little more interested in How the NFL Season Works, you’ll want to click here instead. 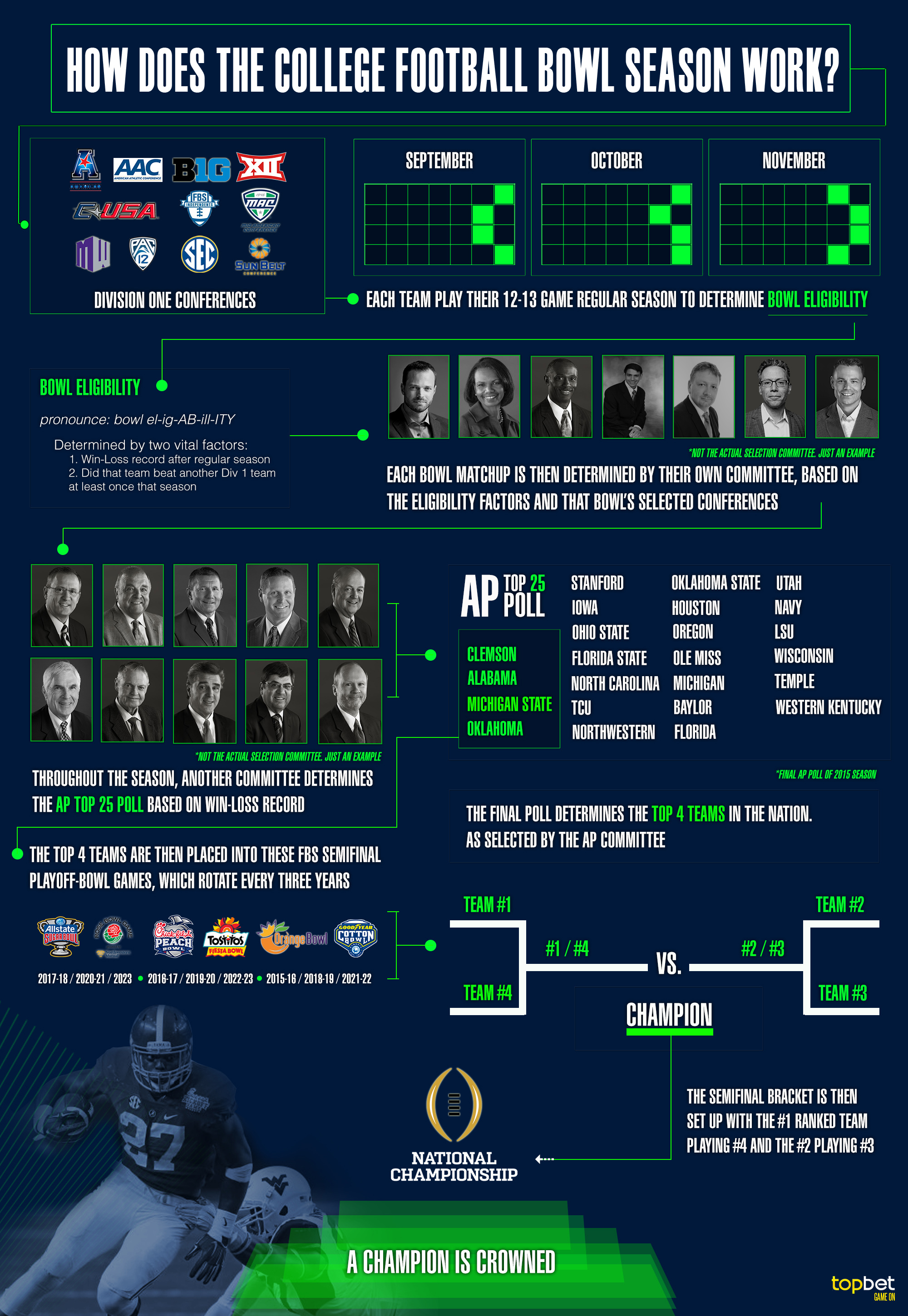 There are 11 division one conferences in the NCAA. One of which, is called the Independents because it represents the three teams without a set conference and affiliation. They are Notre Dame, Brigham Young University and Navy.

Each team plays a 13-game regular season. However, some only play 12 games. These games are tallied up in terms of win-loss records and entered into that conference’s standings. Those standings are then used to determine who will play a bowl game at the end of the year. More than that though, they will also help determine which bowl game a team will play in and how much money they could potentially earn for their school.

There are a number of factors that come into play for a team to have Bowl Eligibility. The big two though are a winning record, and did that team beat another division one team that season? If the answer to both questions are yes, that team is eligible to fight for a bowl game. Each team though does have the right to refusal.

Now there is an asterisk beside the winning record, because you could also squeak out eligibility by winning six games in your season. This would either give you a .500 record or a below .500 record (if you played 12 or 13 games). There’s an asterisk beside this because these teams are used as filler teams if not enough squads can fill all of the 40 bowl games. This was the case with Mizzou in 2015, even though they only won five games. In any other year, they likely would never see bowl eligibility, however not enough of the 80 teams needed to fill all of the games met all of the requirements, so they were considered. Due to issues with their head coach though, they declined the invite to participate.

The Associated Press Committee determines the Top 25 teams in division one from the week that was. A win can move you up, and a loss can move you back down. There are many things that can factor in as well. Did you beat a higher ranked team? Did you beat lose to a team from a lesser division? Etc.

The committee is generally made up of former collegiate athletes, coaches, journalists and academics.

This is an easy one. The playoff selection committee takes the Top 4 teams in the AP Top 25 Poll, and places them in that year’s playoff bowl games.

This committee is made up of 12 members. There is an athletic director from each of the “Top Five” conferences (ACC, Big Ten, Big 12, Pac-12, and SEC). Along with former players, coaches, administrators, athletic directors, and a retired journalist. This committee will change every three years though, “to  achieve a rotation” of members.

These games will change bowls every year and rotate every three years.

These bowls will host a playoff semifinal game where the Number One ranked team will play the Number 4 and the Number 2 will play Number 3. The two winners will then move on to the National Championship game.

The Other Bowl Games:

Each bowl game has it’s own criteria and committee to decide which teams will participate, based on that set agenda. It’s not the easiest thing to comprehend, but once you understand one of them, you’ll understand them all! We’re hoping…

The following is a list of all of the bowl games and they corresponding criteria for those involved that can include the use of division one and two conferences. This is due to change in time and is an example used from the 2015 college football bowl season. We’ve broken down each game and the payout that will towards each school involved. 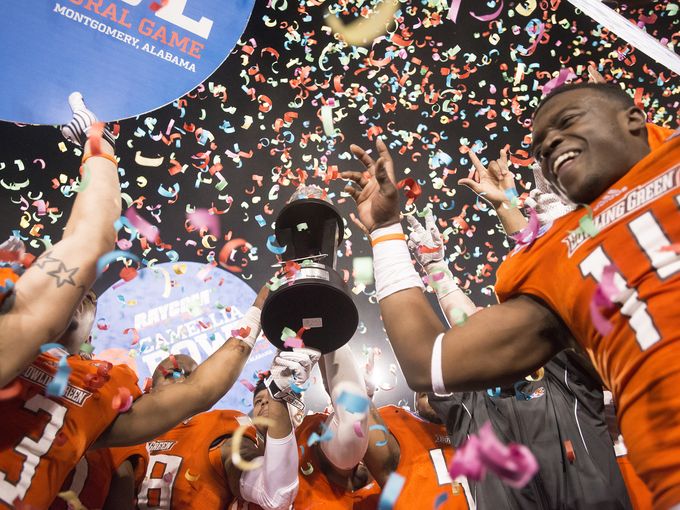 The Camellia Bowl (aka the Raycom Media Camellia Bowl) does have a rich history, but was defunct for years. Since it’s return, it has featured teams from the Mid-American and Sun Belt conferences.

The Cure Bowl (aka the Auto Nation Cure Bowl) is a new bowl game that features a matchup between the American and Sun Belt conferences.

The Famous Idaho Potato Bowl was previously known as the Humanitarian Bowl and the MPC Computers Bowl. In the past, it has featured teams from the Big West, Conference-USA, WAC, ACC and MWC. Currently, it features a matchup of teams from the MWC and MAC.

Previously known as the Mobile Alabama Bowl, GMAC Bowl and GoDaddy.com Bowl, the GoDaddy Bowl features teams from the Sun Belt and MAC. 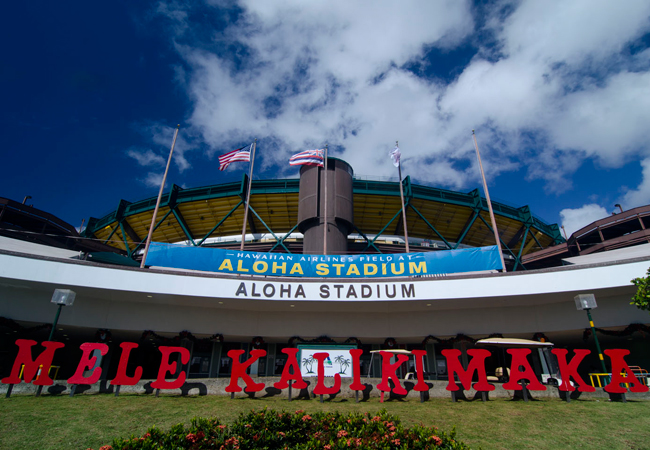 To sum up a little quicker, the Sun Bowl has had four past sponsors but is now known as the Hyundai Sun Bowl. It has featured teams from the Big Ten, Big 12, Big East and Notre Dame. Currently though, it’s a matchup between the Pac-12 and ACC.

Currently known as the Zaxby’s Heart of Dallas Bowl, a matchup takes place each year between teams from the Big Ten, Big 12 and/or Conference-USA.

Currently known as the New Era Pinstripe Bowl, the game draws from the Big Ten and ACC.

Payout: $2 million ($1 million to each conference)

The title sponsor has changed seven times over the past 40 years, but the game is currently known as the Camping World Independence Bowl. It has also featured numerous conferences in the past but currently features a matchup between the SEC and ACC.

The Foster Farms Bowl has passed through three other sponsors hands. It is currently a matchup between the Pac-12 and Big Ten.

It’s current sponsor is Northrop Grumman and the Military Bowl is a matchup featuring teams from the ACC and American.

The Quick Lane Bowl operates with teams picked from the Big Ten and ACC. 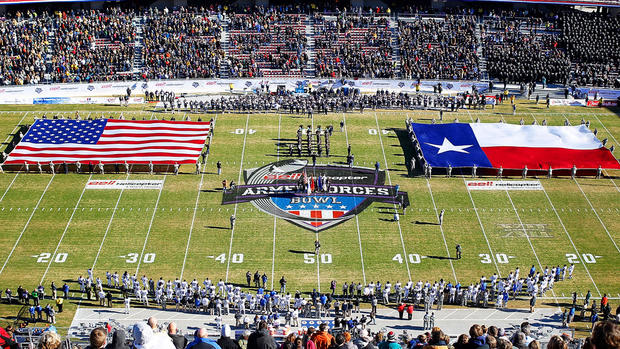 Perhaps most famously known as the “Tangerine Bowl”, the Russell Athletic Bowl has changed sponsors six times and names eight times. It currently features a matchup between teams from the ACC and Big 12.

The game is currently (and always has been) known as the Nova Home Loans Arizona Bowl. It features a matchup between the Conference-USA, Sun Belt and/or Mountain West.

The Birmingham Bowl has undergone three name changes and currently puts teams from the American, SEC, Conference-USA and/or MAC against each other.

Belk has sponsored the bowl game since 2012 and is the third sponsor in it’s history. The game used to feature teams from the AAC, but currently selects teams from the ACC and SEC.

Currently known as the Franklin American Mortgage Company Music City Bowl (or the FAMCMCB for the time savers out there) has gone through six name changes in its time. It also used to feature teams from the Big East and Big Ten, but currently only showcases squads from the ACC and SEC. 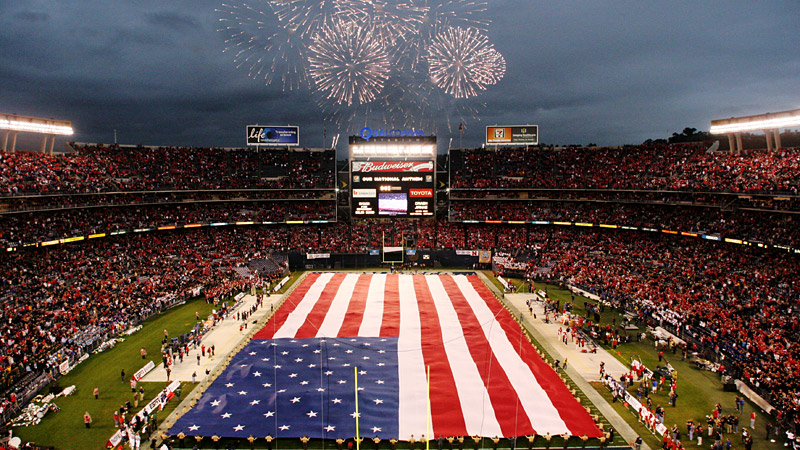 Currently known as the National Funding Holiday Bowl, the game has gone through seven sponsors and eight name changes. It currently features teams from the Pac-12 and Big Ten.

Now after its title sponsor Outback Steakhouse, the Outback Bowl used to be known as the Hall of Fame Bowl for nine years. It now features teams from the Big Ten and SEC.

Currently known as the Buffalo Wild Wings Citrus Bowl, the game has gone through five sponsors and six name changes. It now features teams matched up from the Big Ten and SEC.

Known for the longest time as the “Gator Bowl”, the newly named TaxSlayer Bowl has gone through six sponsors and seven name changes. It currently features teams selected from the SEC and Big Ten.

Now known as the AutoZone Liberty Bowl, the game has undergone three name and sponsor changes. It currently takes the #4 pick from the Pac-12 and a team from the SEC.

Now known as the Valero Alamo Bowl, the game has had four different sponsors and five name changes. At one point, it featured teams from the Southwest and Big Ten. Now it’s matchup is built by teams from the Big 12 and Pac-12. 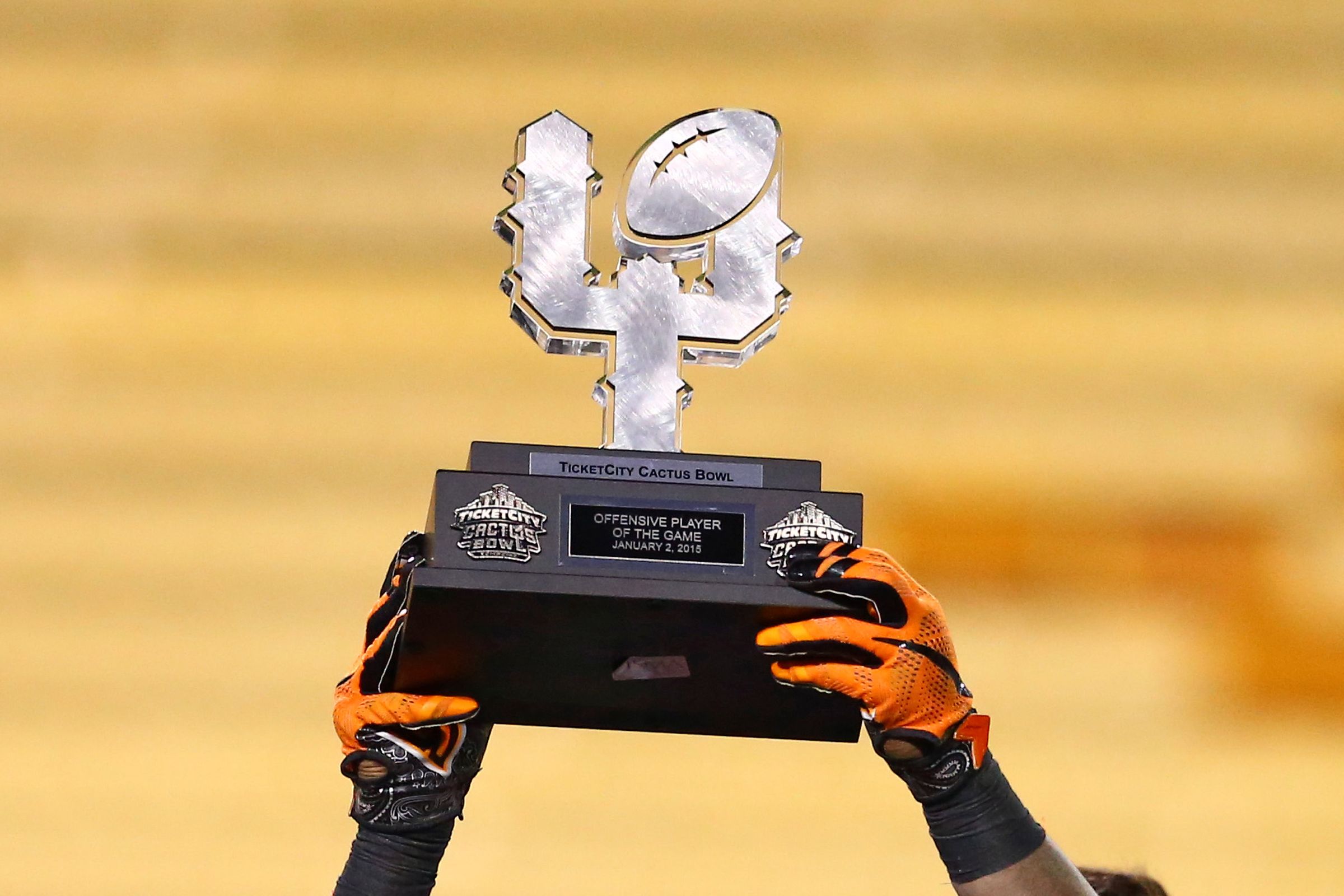 The Motel 6 Cactus Bowl has gone through six sponsor and eight different names through the years. It now features teams from the Big 12 and the Pac-12 going head-to-head.

Create a betting account now and cash in on all the top NCAA bowl game action!