The Indianapolis Colts and the Houston Texans both lost their respective Week 11 games, which means they remain tied for the best record in the AFC South. That also means their rematch this coming Thursday could very well decide who will win the division down the road. The point spread opened at 3.5-points in favor of the Texans and has since moved up to 4-points for the home team. 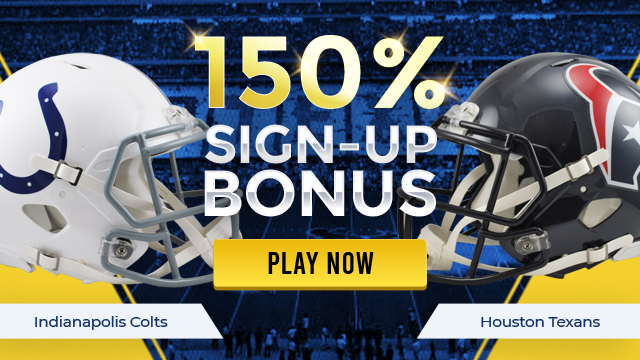 Betting on the Indianapolis Colts (6-4)

After suffering two losses in a row in the previous couple of weeks, the Colts got back up just as quarterback Jacoby Brissett made his way back to the active lineup. In his first game back since suffering a knee injury, Brissett threw for 148 yards and a touchdown with an interception on 15-of-24 completions. It wasn’t Brissett who did most of the heavy lifting in that game, but rather it was the Colts’ ground attack that put together a 264 rushing yards effort. Jonathan Williams led the team with 116 rushing yards, while Marlon Mack had 109 rushing yards and a touchdown. Mack, however, has already been declared out for the Thursday Night Football matchup against the Texans after leaving Sunday’s contest with a hand injury. That would mean Williams and Nyheim Hines will share most of the workload in the rushing aspect of the Colts’ offense that is fourth in the league with 141.1 rushing yards per contest. In any case, Brissett will look to duplicate his success in the first meeting with the Texans this season in which he had 326 passing yards and four touchdowns to lead Indianapolis to a 30-23 home win back in Week 7.

Betting on the Houston Texans (6-4)

What was hyped up as among the games to watch in Week 11 turned out to be the most lopsided of them all, as the Texans got absolutely thrashed by the Baltimore Ravens on the road last Sunday, 41-7. Deshaun Watson couldn’t get anything going in the Ravens game, passing for only 169 yards with zero touchdowns and an interception on 18o-of-29 completions. A big reason why for his flat performance was the Texans’ offensive line not being able to stop Baltimore from getting into the pocket. Watson was sacked six times for a loss of 49 yards. The backfield showed more life in running the ball, with Carlos Hyde and company compiling 122 rushing yards and a touchdown on 22 carries. The Texans’ defenses looked like it really misses JJ Watt (done for the season) in the loss to Baltimore, but Houston will just have to find a way to stop their opponents’ attack minus the pass rusher — or at least keep extending drives to keep their defense off the field. DeAndre Hopkins and Kenny Stills will have a huge role in doing that. The two combined for 211 receiving yards on 13 catches in the first meeting with the Colts.

The under is 3-0 in the Texans’ last three games.