The struggle has been very real for the Tennessee Titans, who have made losing a habit this season. They suffered their ninth setback in 10 games on Sunday versus the Chargers and are at the very bottom of their division standings. The Titans will have another opportunity to stop the bleeding when the Jacksonville Jaguars pay them a visit at Nissan Stadium this weekend. Can they finally get a win this time around?

Read on below for a detailed breakdown of this AFC South battle. And while you’re at it, check out our other Week 13 previews:  Green Bay at Detroit and Kansas City at Oakland.

Betting on the Jacksonville Jaguars (4-7)

[sc:NFL240banner ]Jacksonville’s three-game winning streak was put to an end on Sunday by the San Diego Chargers, who beat them, 31-25. The Jags were simply overwhelmed by a record-setting performance from quarterback Philip Rivers.

Rivers completed 29 of his 43 passes for 300 yards and a season-high four touchdowns to help his team earn its first victory after nearly two months. This output allowed him to surpass Joe Montana (273) and tie Vinny Testaverde (275) for 11th on the league’s all-time passing touchdown list.  Rivers also moved up to 17th-place in NFL history with 40,000 yards passing.

Despite the loss, Blake Bortles’ efforts were worth taking into account. He threw for 329 yards and had two touchdowns. But the Jaguars’ chances of winning weren’t helped by their red-zone problems, as they scored just once on four trips inside the 20-yard mark. They’ll definitely be looking to immediately bounce back from this in their Week 13 matchup with the Tennessee Titans.

The two teams already met just two weeks ago at EverBank Field and the Jags, who are 3-3 SU and ATS at home this season, emerged with the win, 19-13. For them to replicate this outcome, they should remain faithful in their much-improved passing game (251.4 yards per game). Allen Robinson and Allen Hurns have been one of the best pass-catching pairs this season, combining for a total of 1,689 yards receiving and 15 touchdowns.

Speaking of pass-catchers, they also have TE Julius Thomas as another reliable option for Bortles. Thomas, who missed the first five games of the year, is fresh off a solid outing opposite the Chargers. He had a season-best of 116 receiving yards on nine receptions with a score.

Betting on the Tennessee Titans (2-9) 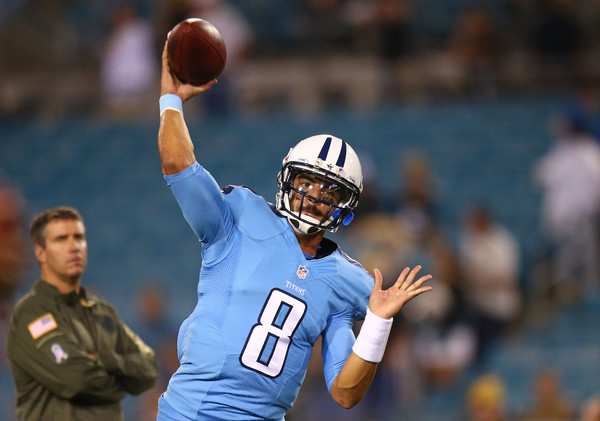 A 17-6 deficit in the third quarter against the Oakland Raiders didn’t stop the Tennessee Titans from playing with all their might. They rallied themselves back with 15-straight points to gain a 21-17 advantage in the final period. However, their valiant effort was put to waste as they failed to hold off the Raiders, who still managed to edge them, 24-21, at Nissan Stadium. That gave the Titans their second-consecutive setback and their ninth loss of the season, which is good for dead last in the AFC South.

The Titans also shot themselves on the foot in this game as they were outgained, 407-249, and allowed Derek Carr to connect with Seth Roberts for the game-winning 12-yard touchdown pass with less than two minutes remaining in regulation. Rookie quarterback Marcus Mariota, who threw for 218 yards and three TDs, also had a pair of costly interceptions.

Looking ahead towards their Week 13 matchup, they ought to feel optimistic about their chances of ending their losing drought when they collide with the visiting Jacksonville Jaguars for the second time this year. They are 4-6 SU and 1-8-1 ATS in their previous 10 meetings against them.

Expect Tennessee to rely more on its passing game against a Jacksonville team that currently ranks eighth-worst in the NFL with 265.3 passing yards given up per game.

Tight end Delanie Walker could be in for another huge outing in this one. Walker, who leads the team with 714 yards receiving, finished with six catches for a team-high 91 yards on Sunday opposite Oakland. He also hauled in eight receptions for 109 yards during their first meeting with the Jags this season.

Tennessee ends its losing woes with a thrilling 24-20 win. Create a betting account now and cash in on all the NFL regular season action.