Sunday Night Football in Week 11 might feature the biggest game of the NFL season thus far. The best defense versus the best offense. A classic showdown of epic proportions.

The Kansas City Chiefs will put their 9-0 undefeated streak on the line when they visit Peyton Manning and the 8-1 Denver Broncos in one of the most anticipated meetings this season. 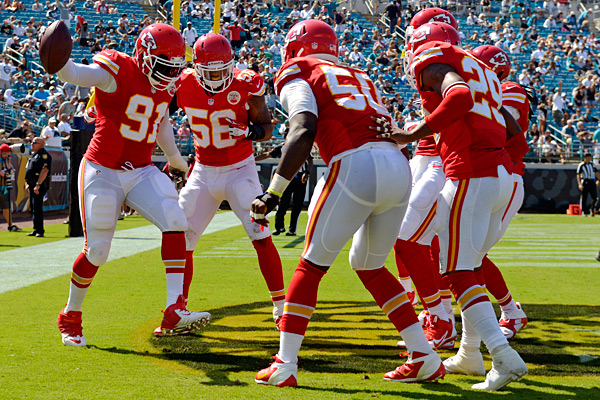 Betting on the Kansas City Chiefs:

Oh, how a year can change one’s fortunes…

The Chiefs’ transformation started on defense. They are clearly the best defensive team in the league as they stop their opponents emphatically and make a lot of key defensive plays. The list says it all:

The Chiefs are conservative in their offense (17th in scoring, 25th in total yards, 29th in passing yards, and 10th in rushing yards). Quarterback Alex Smith is the ultimate game-manager in that he takes care of the ball and doesn’t make a lot of mistakes. The Chiefs lead the league in fewest turnovers with eight. [sc:NFL240banner ]

Despite their undefeated status, many critics and pundits are not sold on the Chiefs’ greatness, due to the fact they have had the easiest schedule in the league so far. Along the way, they are 6-3-0 ATS this season and the total score has gone UNDER in 7 of their 9 games.

As the best defensive team in the league, the Chiefs have all the tools to neutralize Denver’s high-octane offense. Yet it will be interesting to see how the Chiefs respond to Peyton Manning’s prowess as the Broncos will be the Chiefs’ toughest challenge yet. 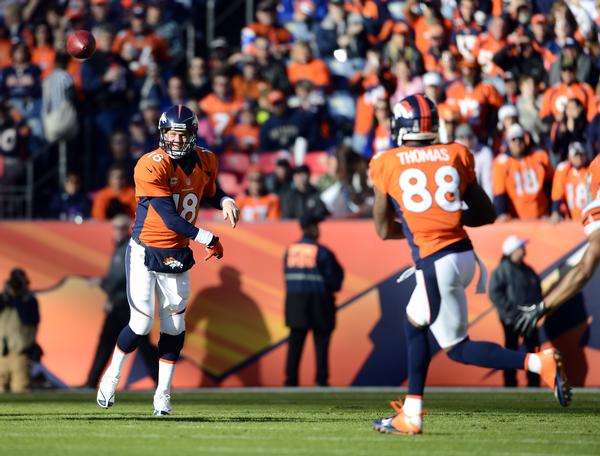 The Chiefs have not yet faced a quarterback close to the caliber of Peyton Manning this season, and it will be exciting to see how Manning dissects the Chiefs’ ultra-suffocating defense.

Led by Manning, the Denver Broncos are clearly the best offensive team in the league. Here’s a rundown:

Although there are aspects of their defense that struggle (25th in scoring defense, 30th in passing defense), they defend the run very well (3rd in rushing defense) and are great at timing their picks (1st in interceptions). Those traits will be useful in stopping the Chiefs’ conservative offense.

Ever since the loss to the Colts, the Broncos have won two straight games both straight-up and against-the-spread. Also, the total score had gone OVER in 8 of their 9 games this season.

As the old saying goes, the Broncos are the “perfect storm” for the Chiefs.

This AFC West showdown has major implications for both teams, as the Broncos could gain an upper hand in the standings with a win.