Is an upset brewing? No. 1 Kentucky, No. 4 Duke and No. 10 Notre Dame had close calls. No. 8 Kansas was upset by then-unranked Oklahoma State last week. One of the nation’s top teams is bound to lose, and No. 3 Gonzaga may be ripe for the picking. The Zags had a couple of slow starts against Santa Clara and San Francisco, and may be left sleeping on lowly Loyola Marymount.

Can Loyola Marymount pull of the upset with a couple of aces up its sleeves? Read on as we break down this West Coast clash.

March Madness is approaching. Take a closer look at the heavy favorite for the championship in our preview of South Carolina vs. Kentucky.

Betting on the Loyola Marymount Lions

[sc:NCAAB240banner ]Don’t let Loyola Marymount’s 8-17 record (4-9 WCC) fool you. The Lions have a couple of devastating players capable of keeping their opponents on their heels. Sophomore guard Evan Payne (17.8 points per game) and junior forward Marin Mornar (10.7 points per game) have been scoring a bucket-load of points recently and should give Gonzaga quite a test.

Loyola Marymount fell to Gonzaga 72-55 on January 17. Mornar scored just four points in that game, while Payne had 11. Since then, the two have torn apart opposing defenses, with Payne averaging 14.7 points and Mornar 17.8 points in the six games after the loss to Gonzaga.

Payne and Mornar are due for a good shooting night at Gonzaga after the Zags allowed opponents to shoot 46 percent over their last two games. Mornar has sported a hot hand shooting 60 percent over the last three games, while Payne has shot 44 percent from the field.

The Lions have covered the spread in eight of their last 10 games, including their previous game against Gonzaga. 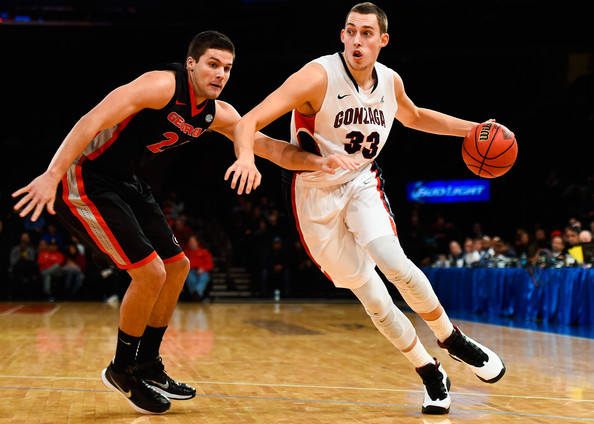 Gonzaga’s 6’10” forward Kyle Wiltjer dominated in the Zags’ 81-70 win over the San Francisco Dons on Saturday. He had 29 points and 11 rebounds. Wiltjer had another 20-point game at Santa Clara on February 5, going 7-for-10 from the field.

Wiltjer also dominated in the first game against Loyola Marymount. He finished with 12 points on 5-of-7 shooting, but also dished out five assists. Two more Zags starters scored in double-digits and had at least five assists in Byron Wesley (14 points and five asissts) and Kevin Pangos (16 points and six dimes).

Avoiding the Lions’ star players with excellent ball movement should give the Zags another big scoring day. Loyola Marymount has allowed an average of 18.3 assists over its last three games.

You can also expect 7’1” center Przemek Karnowski to be more involved in scoring. He made just one basket for two points in the first matchup against Loyola Marmount. Since then, he’s averaged 11 points over six games.

The Zags are an undefeated 12-0 in conference play, but have covered the spread in just five of those games.

Create a betting account now and cash in on all the exciting college hoops action.