The Miami Dolphins and the Buffalo Bills are both coming off bitter losses. The Dolphins were recently crushed by the New England Patriots, while the Bills were beaten by the Jacksonville Jaguars in London. In need of a pick-me-up win, both teams meet at Ralph Wilson Stadium this coming Sunday, each looking to get out of the AFC East cellar.

For more Week 9 game previews, you can also read our breakdown of the Rams vs. Vikings and Giants vs. Bucs.

Betting on the Miami Dolphins (3-4)

[sc:NFL240banner ]No “Oklahoma Drill” could’ve prepared the Dolphins for the smackdown New England was about to hand them on Thursday. With Ryan Tannehill constantly under pressure, Miami failed to slow down the Pats in a hard-to-swallow 36-7 loss at Foxborough.

Tannehill passed for 300 yards on 28 of 44 completions but wasn’t able to get his game going against the Pats, who laid him out five times and intercepted him twice. Miami’s offensive line has been a team liability of late, giving up nine sacks over the last two games. Tannehill’s protection will have to improve, beginning next Sunday against the Bills. Buffalo’s stop unit hasn’t been as good as last season’s, but Rex Ryan teams always have a reputation of showing up anytime on defense.

The backfield must also get back up quick following a miserable 15-yard output on Thursday. Lamar Miller, who rushed for 288 yards and two touchdowns in the previous two games, was only able to muster 15 yards on nine carries against New England. He should get back into the picture for the Dolphins’ backfield that generates 102.9 rushing yards per contest.

Miami’s defense, meanwhile, lost a key piece in Cameron Wake, who is now out for the season after suffering a torn Achilles in the Pats game. Wake leads the team with seven sacks, and with him on the injured reserve list, the Dolphins need Ndamukong Suh to play like he’s really worth all that money Miami paid him to come down to South Beach. Suh has two sacks thus far this season.

Miami is 2-1 SU and ATS in its last three road games.

Betting on the Buffalo Bills (3-4) 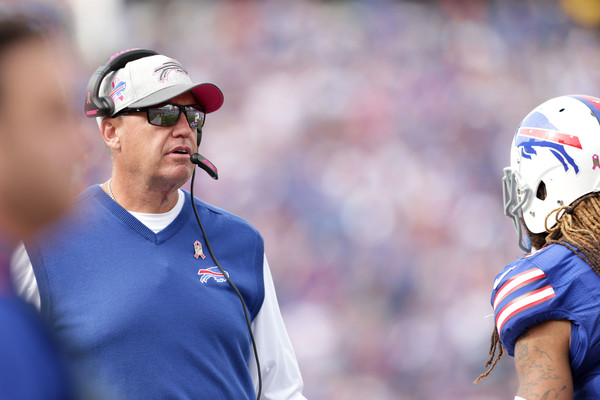 After an extra week of rest, the Bills should be ready to get back in the win column. Buffalo, which lost its last two games, including a 34-31 setback in London back in Week 7, however, needs to get some of its key players back to get the Bills out of the mud.

Among them is Tyrod Taylor, who hasn’t played since Week 5 because of a sprained MCL. Coach Rex Ryan is optimistic that Taylor will be ready to play this coming Sunday, but should the dual-threat quarterback fail to suit up again, the Bills are once again going to put their faith on EJ Manuel.

That’s not an easy thing to do for the Bills, considering how inconsistent Manuel has been in lieu of Taylor. Take for example the loss to the Jaguars, wherein Manuel passed for 298 yards and two touchdowns to go along with two interceptions and two fumbles.

Sammy Watkins, on the other hand, also missed the London game due to an ankle injury. He did travel with the team, though, so a long rest could be all he needed to get back in 100 percent form. In any case, the Bills will have the pair of Charles Clay and Robert Woods to fall back on should Watkins and the embattled Percy Harvin continue to be no-shows. Clay leads the team with 350 receiving yards, while Woods has 295.

There’s also a question mark on the backfield, as Karlos Williams (concussion) has yet to be cleared to play as of this writing. Another absence from the former Florida State Seminole would mean added load for LeSean McCoy, who rushed for 68 yards on 18 carries against Jacksonville. Look for McCoy to light it up this Sunday, though, as he’ll be facing Miami’s rushing defense that allows 124.4 yards per game.

Buffalo is 3-0 SU and ATS in its last three home games.