The New York Yankees’ lead atop the American League East is down to a single game, no thanks to a three-game losing skid. The Yanks will be looking to avoid a season-high fourth straight loss as they travel to to Kansas City to face the defending American League Champions Kansas City Royals.

The Royals, meanwhile, look to get some consistency by stringing some consecutive wins, as they are 6-4 in their past 10 games. Who will prevail in this series opener between two AL division leaders? Read on for our preview below.

In the NBA, a pair of Game 6s could spell the end of the road for Washington and Memphis. Check out our previews of the Hawks vs. Wizards and Warriors vs. Grizzlies.

Betting on the New York Yankees

Michael Pineda is shaping up to be the ideal ace that the Yankees envisioned. Pineda will start the first game against the Royals, where he will have a shot at his sixth win (with no losses) for the season.

[sc:MLB240banner ]In his last start, Pineda recorded a career-high 16 strikeouts against the Baltimore Orioles. The Yankees are 6-1 in games that Pineda started. And it’s not just Pineda who is pitching well for the Yankees. In fact, the Yankees’ pitching staff sports the best ERA in the American League, and has pitched the most innings this season.

A lot of their pitching success can also be attributed to their closer Andrew Miller. Miller has 13 saves for the season, and has only allowed one hit and four walks in the past 10 games.

A welcome surprise for the Yankees offense is the resurgence of Mark Teixeira. Teixeira has 11 home runs for the season, compared to 22 homers in all of 2014. Second baseman Stephen Drew needs to pick up the slack for the Yanks though, as he is only batting .175 in May with no RBIs.

The Yankees are 7-3 in their past 10 games played in Kansas City. 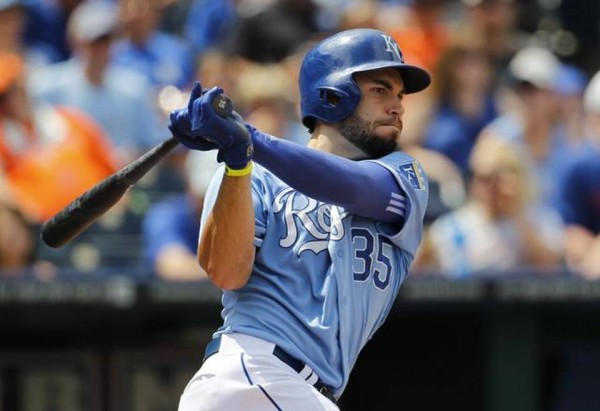 While Michael Pineda may be getting all of the recent attention after his 16-strikeout game for the Yankees, Kansas City’s Chris Young is slowly making a name for himself. After working from the bullpen in April, Young will make his third start of the season tonight. Young has given up just two runs in 11.3 innings of relief (from six appearances) this season, and has given up only a single run in 11 innings as a starter.

But the focal point for Kansas City is to continue putting up big numbers on offense. The Royals currently lead the American League in hits and batting average.

Leading the way for the Kansas City lineup is Eric Hosmer. The Royals slugger is on pace to having a career year, leading all Royals batters in nearly all major batting statistics. Hosmer is currently on an 11-game hitting streak, and has collected four homers with 14 RBIs during that span.

Apart from gaining ground in the standings, Kansas City also looks to end their miserable run against the Yankees. The Royals have not won a season series against the Yanks since 2008.