How about that for a double-header? Monday Night Football returned with a bang last night with Atlanta and San Francisco recording heart-stopping victories over Philadelphia and Minnesota respectively. The Falcons survived a furious second-half rally by the Eagles to pull off the important 26-24 win while the 49ers hacked out an impressive 20-3 victory, thanks in large part to the sterling performance of sophomore running back Carlos Hyde.

We can expect more of the same drama this coming Monday when the Indianapolis Colts and the New York Jets lock horns in the featured Week 2 clash at Lucas Oil Stadium. Read on below for an in-depth breakdown of this Monday Night Football matchup and while you’re at it, you can also check out our complete NFL Week 2 picks. 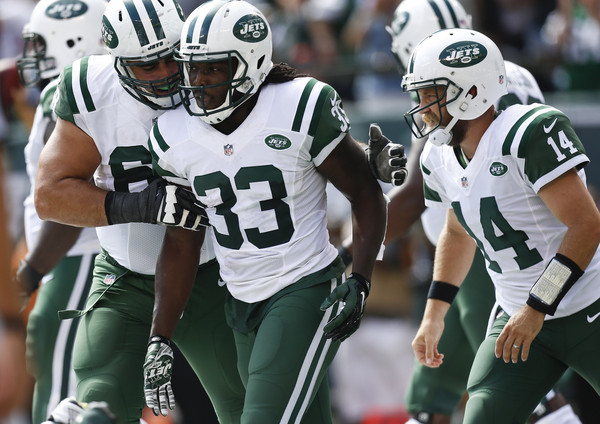 The New York Jets’ 2015 NFL campaign is off to an incredible start after they thrashed the Cleveland Browns, 31-10, in their season-opener on Sunday. Chris Ivory starred for the Jets in that victory against the Browns, rushing for 91 yards and two touchdowns. He became just the second player in Jets’ history to record at least 90 rushing yards and two rushing touchdowns in Week 1.

[sc:NFL240banner ]What proved to be the difference in the game, though, was the Jets’ exemplary defense. They had five takeaways against the Browns on Sunday, including an interception and two forced fumbles of Johnny Manziel, who replaced the injured Josh McCown late in the first quarter. They will need more of the same defensive intensity this coming Monday if they are to preserve their unbeaten record against Indianapolis.

The Colts struggled mightily in their season-opener on Sunday, absorbing a 27-14 setback against the Buffalo Bills. Andrew Luck had a tough time solving the Buffalo defense as he completed just 26 of 43 passes for 243 yards and two touchdowns with two interceptions. Luck now has thrown four picks in his last three regular season games.

For the Colts to record their first win of the season this coming Monday, they will need to execute much better job on the offensive end. It won’t get any easier for the Colts, however, with the news that star wide receiver T.Y. Hilton will be out for at least the next two games because of a knee injury. Hilton led the Colts with seven receptions for 88 yards on 14 targets in their loss against the Bills.

Create a betting account now and put your Monday Night Football predictions to the test!

Football fans can catch this Colts-Jets matchup on ESPN with coverage set to start at 8:30 P.M ET. Viewers can also catch this MNF game on their tablets and computers via WatchESPN, which is accessible in more than 93 million households nationwide to those who receive ESPN’s networks as part of their video subscription.

Betting Trends on the Indianapolis Colts 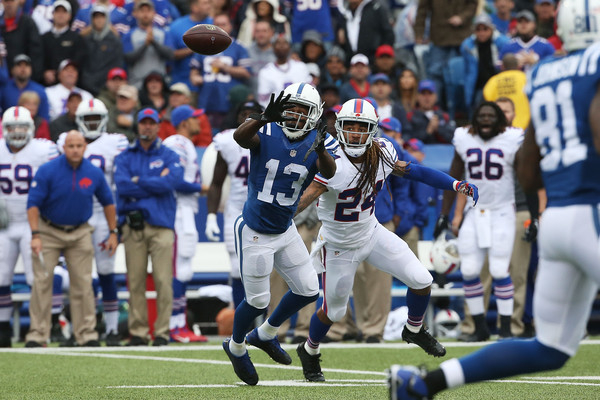 If you’re looking to bet on this Monday Night Football matchup, there’s no hotter wager than that of the total score going under. The Colts have now failed to exceed the closing total in all of their last eight games. In their past eight outings, which includes last season’s playoffs, the Colts and their opponents have recorded a combined average of just 41 points. That’s way below their average closing total of 49.5 points. What makes this wager even more appealing is the Jets’ recent record in Monday Night Football games. The Jets are 2-5 O/U in their last seven Monday games.

Majority of the experts at CBS Sports have backed the New York Jets to cover the spread against the Indianapolis Colts on Monday. Jason La Canfora, Will Brinson, Jared Dubin, Dave Richard and Jamey Eisenberg were impressed with the Jets’ Week 1 performance against the Browns and they believe New York will carry that momentum against Indianapolis this coming Monday.

Bleacher Report’s Steve Silverman begs to differ, though, with that assessment. He believes Andrew Luck will come up with a signature performance at home on Monday night and that will help the Colts cover the 7.5-point spread against the Jets.

With the Colts playing in front of their home fans for the first time this season, you can expect the Indianapolis offense to come out guns-a-blazing against New York. Look for the Colts (-7) to cover the spread against the Jets this coming Monday.