The Texas Rangers were the surprise winners of the American League West last year. The road back to winning it again starts later today for Texas, as it plays host to Felix Hernandez and the rest of the Seattle Mariners, who begin life under new general manager Jerry Dipoto this season.

For more baseball, you can also read our preview of Astros vs. Yankees.

Betting on the Seattle Mariners (0-0)

50%% deposit bonus up to $250! Claim Now.
King Felix is ready to resume his reign in Seattle. Despite signs of decline last season, Felix Hernandez remains one of the most formidable pitchers in the game today and he’ll look to make that clear early this season when he takes the mound this Monday against Texas.

Hernandez had an 18-9 record to go with a 3.53 ERA last season. His ERA in 2015 was the highest he’s had in seven years, which just underscores how terrific of a player Hernandez has been throughout his career. While some of Hernandez’s numbers did fall off a bit last season, the Rangers obviously didn’t feel any drop in King Felix’s form in 2015.

That year, Hernandez was 5-0 record with 1.83 ERA and 0.961 WHIP in five starts versus Texas. At his best, Hernandez is capable of crippling any given opposing lineups, including a Texas side that batted just .168 against him a year ago.

Seattle didn’t do well at the plate last season either, batting just .249 while ranking just 21st in the majors in runs (656), but this year is likely going to be better.

Robinson Cano is expected to take up where he left off following a great second half to his 2015 season. Cano slashed .387/ .387/.540 following the All-Star break with 15 homers and 49 RBIs. Cano is batting just .167 in his career against Cole Hamels, but as a whole, the Mariners will be a threat for the Texas starter, as they hit well against lefties last season. Seattle was ninth in the majors in 2015 with a .264 BA opposite southpaws.

Create a betting account now and cash in on all the MLB regular season action.

Betting on the Texas Rangers (0-0) 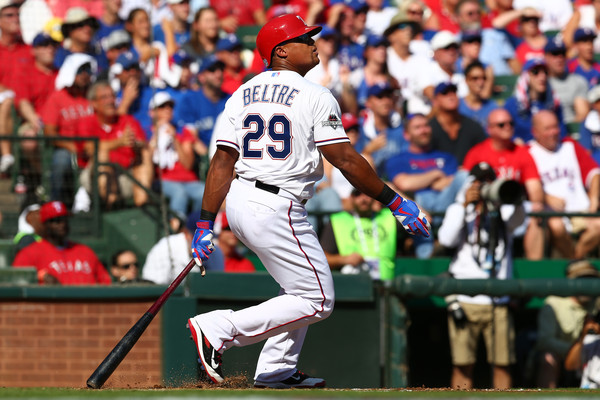 With Yu Darvish still sidelined, the Rangers will turn to Cole Hamels as their Opening Day starter. Hamels was traded from the Phillies to Texas last season and finished the year with 13-8 record and a 3.65 ERA.

Hamels will get the ball today when the Rangers begin their defense of the AL West division title they won last season.

Hamels made four starts against Seattle last season, going 2-1 with a high 4.00 ERA. He was able to get a winning record against the Mariners last year largely because of the hefty run cushion Texas put forth in those games. The Rangers pumped in 16 total runs during those four meeting with Seattle.

Texas’ offense this season projects to be just as lethal with the core of Prince Fielder, Adrian Beltre, Josh Hamilton and Shin-Soo Choo still intact along with up-and-comers Rougned Odor and Delino DeShields. Texas ranked third in MLB last year in runs (751), 10th in batting average (.257), and sixth in on-base percentage (.325).

It won’t be surprising to see Texas’ hitters struggle again versus King Felix, but once Seattle’s bullpen takes over, the Rangers could come alive. After all, Mariners’ relievers were among the worst last season with a collective ERA of 4.15.