If the playoffs started today, the Seattle Seahawks vs. Minnesota Vikings would be one of the two NFC wild-card round matchups. The defending conference champion Seahawks moved into the second wild-card spot after a big win over the Pittsburgh Steelers.

Seattle will get a stage rehearsal of that possible playoff matchup as it travels to the NFC North-leading Vikings, who are fresh off an impressive road win over the Atlanta Falcons.

Read on for our preview of this playoff-caliber matchup. Also, don’t forget to check out more Week 13 previews, with the Panthers vs. Saints and Cowboys vs. Redskins.

Betting on the Seattle Seahawks (6-5)

This isn’t the same Seattle Seahawks team of past years. Marshawn Lynch is out injured and the defense – specifically the secondary – has not been as dominant. But on Sunday, they went toe-to-toe with the Steelers in a shootout, and actually came away 39-30 winners at home.

With the win, the Seahawks finally got one over on a team with a winning record this season. They had lost their first four tries against the Packers, Bengals, Panthers and Cadinals.

[sc:NFL240banner ]Russell Wilson was spectacular, setting new career highs with 345 passing yards and five touchdowns to lead his team to victory. Doug Baldwin was the main beneficiary as he had six catches for 145 yards – his second game of over 135 receiving yards in the last three games – and three touchdowns.

The Seahawks offense has been pretty feisty recently, averaging over 33 points in their last three games. Of course, they needed to score all those points against the Cardinals and Steelers because the vaunted Legion of Doom couldn’t contain two of the best passing offenses in the league.

The Vikings, who might just be the furthest thing from a prolific passing attack, should prove to be a more palatable matchup for the Seahawks defense. Seattle’s run defense is one of the few in the league that can stand up to Adrian Peterson, while its pass rush can put a lot of pressure on the shaky Teddy Bridgewater.

And with all due respect to Jarius Wright and Mike Wallace, the Vikings’ secondary receivers likely won’t burn the Seahawks as badly as Michael Floyd and Markus Wheaton did in recent games.

The Seahawks lost Jimmy Graham to a season-ending knee injury against Pittsburgh, but the Seahawks still have a terrific weapon in rookie running back Thomas Rawls. Rawls, who has 290 rushing yards and three total touchdowns in his last two games starting in place of Lynch, should be able to do a lot of damage against an ineffective Vikings run defense ranked near the bottom of the league per DVOA.

Betting on the Minnesota Vikings (8-3) 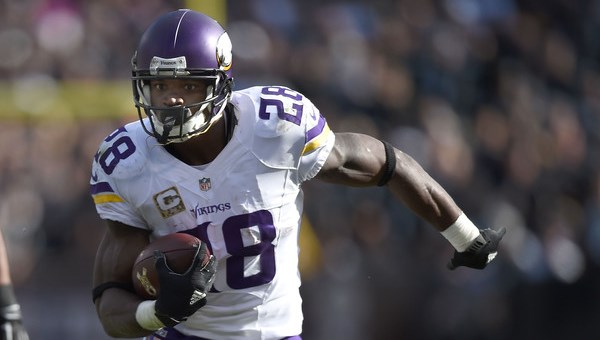 After suffering a 30-13 setback against the Packers, the Vikings got back to their bread-and-butter – solid defense, coupled with a heavy dose of Adrian Peterson – in a 20-10 win against the Atlanta Falcons. The Vikings now improve to 9-2 ATS on the season.

Peterson bounced back from his very quiet 45-yard outing against the Packers with 158 rushing yards and two touchdowns at Atlanta. Meanwhile, the Vikings D kept Julio Jones (five catches, 56 yards) in check and picked Matt Ryan off twice.

The Vikings’ blueprint to victory against Seattle involves another big game from AP, and he has definitely delivered over the past couple of games. Peterson has rushed for 120-plus yards in three of his last four games, with five rushing touchdowns. The Seahawks run defense hasn’t been as airtight this season as in recent years, so Peterson has a decent shot to do some damage.

At this point in his career, second-year quarterback Teddy Bridgewater doesn’t quite have the experience – or the receiving weapons – to pass his team to victory, which means the defense must keep them within striking distance.

Minnesota’s defense is capable of doing just that. It’s now second in scoring defense this season (17.6 points allowed per game), in large part due to a defensive line that can dominate the line of scrimmage. With Seattle’s O-line struggling all season long, the Vikings should be able to put a decent amount of pressure on Wilson and disrupt the Seahawks’ passing game.

The Seahawks (pk) slow down Peterson and get the big 24-21 win on the road.