Washington made a serious move toward the postseason with a gritty 20-14 victory over rivals New York on Sunday. Kirk Cousins and Jordan Reed led the way for the Redskins who now find themselves in first place in the volatile NFC East. They will look to solidify their grip at the top of the division when they face the struggling Dallas Cowboys in a critical clash at FedEx Field.

Who will grab the edge in this Monday Night Football matchup? Read on below for an in-depth breakdown of this divisional showdown and while you’re at it, you can check out our Week 13 previews of Green Bay vs. Detroit and Kansas City vs. Oakland.

Betting on the Dallas Cowboys (3-8)

Dallas’ losing woes show no sign of abating as the Cowboys crashed to an embarrassing 33-14 defeat to Carolina on Thursday night. The Cowboys simply had no answer for the Panthers and their league-leading defense as they stumbled to their eighth loss in their last nine games.

[sc:NFL240banner ]The Cowboys will look to get their season back on track when they face the Washington Redskins this coming Sunday. Dallas will have to do it, though, without star quarterback Tony Romo who suffered his second left collarbone injury of the season in the loss to Carolina. Romo looked out of sorts prior to that injury, throwing three interceptions in the first half alone. Two of those picks were returned for touchdowns.

Romo’s injury is still a bitter blow for the Cowboys who have struggled mightily in his absence this season. Dallas went 0-7 in the games that Romo missed this year. The onus now is on Matt Cassel to steady the ship for the Cowboys. He came in during Thanksgiving night against the Panthers and performed quite well when the game was already out of reach. He completed 13 of 19 passes for 93 yards and a touchdown.

He will need to improve his play, though, as a starter for the Cowboys to end their losing rut. He threw just four touchdowns and five interceptions in the four games that he started for Dallas this season. In his last start for the Cowboys in Week 10 against the Bucs, he completed just 19 of 30 passes for 186 yards with no touchdowns and one interception. That kind of performance simply won’t do against a Washington side that is 13th in the NFL in passing defense, allowing 240.0 yards per game this season.

The Cowboys are 2-3 SU and ATS on the road this season.

Betting on the Washington Redskins (5-6) 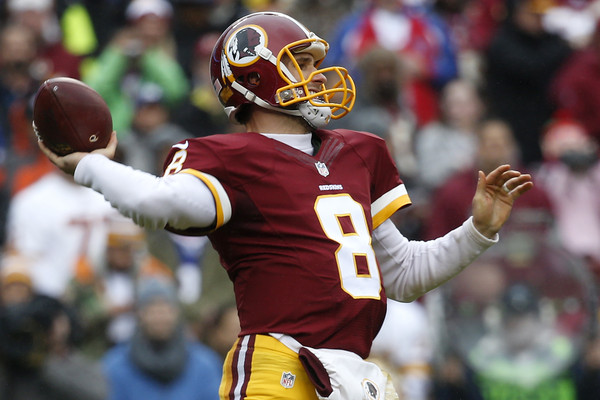 The Washington Redskins returned to winning ways Sunday with a thrilling 20-14 victory over the New York Giants. It was a fantastic win by the Redskins who are now tied with the Giants at the top of the NFC East with five games remaining in the season.

Leading the way for the Redskins in this all-important victory was Kirk Cousins. He completed 20-of-29 passes for 302 yards and a touchdown with no interceptions. He connected with DeSean Jackson for a huge 63-yard touchdown pass and also scored on a critical fourth-down quarterback sneak. It was an incredible performance by Cousins who registered a passer rating of 114.4. Also stepping up big time for the Redskins was Jordan Reed. He caught eight passes for 98 yards.

Their excellent play will serve Washington in good stead ahead of its MNF clash with Dallas. The Redskins will fancy their chances in this ballgame as they have fared extremely well at home this season. They are 5-1 at FedEx Field this year.

For the Redskins to continue their home dominance, they will need to continue their excellent play on the defensive end. Washington’s defense was exceptional on Sunday, intercepting Eli Manning three times. That’s quite a feat considering Manning only had six picks all season until this weekend’s game. It was the 20th three-interception game of Manning’s career. They will need to apply the same kind of pressure against Matt Cassel who threw five picks in his four Dallas starts this year.

In addition to that, they will also need Cousins to play a highly efficient game. In the Redskins’ five wins this year, Cousins has not thrown a single interception. Compare that to their six losses this campaign, wherein he has been picked off a total of 10 times.

The Redskins are 4-2 ATS at home this season.

Washington (-4) wins, 31-14, to record back-to-back victories for the first time this season.