Football will rule your weekend as NCAAF showcases a rivalry in the Big Ten, while NFL action will feature a clash between two elite quarterbacks.

Sports Betting Preview for the Weekend of September 27

Mariano Rivera, baseball’s most acclaimed relief pitcher, made an emotional exit in his final appearance in the Yankees’ home pinstripes during a 4-0 loss to Tampa Bay on Thursday night.

Frank Gore rushed for 153 yards and one touchdown as the San Francisco 49ers bounced back by dominating the St. Louis Rams, 35-11.

Jurickson Profar’s walk-off homer helped the Texas Rangers beat the Los Angeles Angels for the fourth straight time at home in a 6-5 victory to stay within a game of the Indians for the second wild-card spot in the American League.

Few rivalries have produced more drama recently than the battles between Ohio State and Wisconsin.[sc:NCAA240banner ]

The third-ranked Ohio State Buckeyes will host the No. 24 Wisconsin Badgers on Saturday in search of their BCS-best 17th straight victory. Last season, OSU needed overtime in their second-to-last game to preserve a 12-0 campaign. In 2011, a six-win Ohio State team notched its biggest victory of the year over an 11-3 Wisconsin squad on a go-ahead 40-yard touchdown pass from Braxton Miller with 20 seconds remaining.

Ohio State is riding high after its 76-0 mauling of Florida A&M last week. The Buckeyes have won 5 out of the last 6 meetings with Wisconsin. However, the Badgers are 4-0 ATS in their last four games. 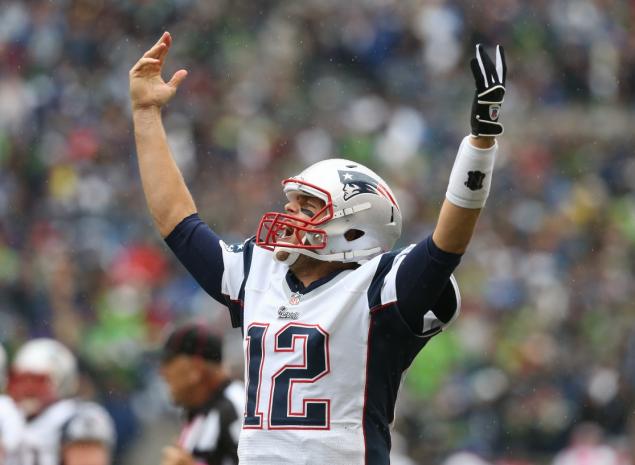 The New England Patriots were able to take advantage of some weak competition to begin the season and finally appeared to get something out of their young receiving corps last week. The Patriots and those receivers will take a big step up in competition when they visit the Atlanta Falcons on Sunday night. The Falcons are coming off a last-minute road loss to another AFC East team and are trying to even their record.

For the most comprehensive list of NFL, NCAAF, and MLB game odds and betting lines, visit Top Bet Sportsbook.