As we get set for March Madness at Top Bet, we’re taking a closer look at the college basketball teams that will affect your bracket the most: the favorites. We’ve looked at winners like Kansas, Arizona, Florida and Duke, and today we move on to the ACC regular season champion Virginia Cavaliers.

After surprising the conference to claim its first regular season championship in over 30 years, Virginia now sets its sights on the Big Dance, where a tournament run could get the country saying “Hoo?”

The secret to Virginia’s overwhelming success this season comes down to defense. The Hoos boast the best scoring defense in the nation at 54.8 points allowed per game, two full points better than second-placed Clemson. They’re also 6th in field goal percentage allowed at just 38%. 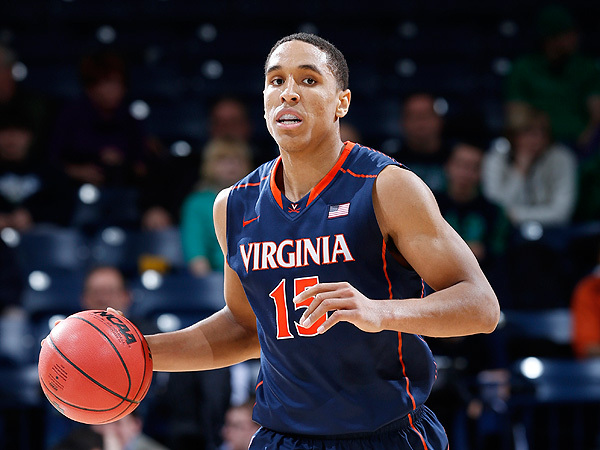 For a team that can’t put up many points, leading scorer Malcolm Brogdon’s 12.6 PPG are a critical contribution. The sophomore also shows up for big games, like his career-high 19-point performance vs. Syracuse in one of Virginia’s biggest wins of the year.

Brogdon is a 90% free throw shooter, but the rest of his teammates are bringing the team’s collective percentage down to worrisome levels. The Hoos are shooting just 66% from the line this season, giving away points that an offensively-challenged team like Virginia can’t afford to lose.

Virginia couldn’t have scripted a better way to end its 33-year wait for an outright conference championship. The Hoos blew out the mighty Syracuse Orange to clinch the title as their delirious home crowd stormed the court to celebrate.

Defense wins championships, and no team has played better defense than Virginia this season.The Hoos are currently +1200 to win the tournament, and a strong performance in the ACC conference tournament would position them with a high Madness seed that could prevent them facing strong competition until the later rounds. Virginia should book at least their first trip to the Elite Eight since 1995.

Bet on the Virginia Cavaliers and the rest of the NCAA field at Top Bet, America’s best online sportsbook.