The Washington Capitals didn’t let the Pittsburgh Penguins eliminate them in front of their home crowd in Game 5. The Capitals, however, need a win in Pittsburgh this Tuesday to see  the ice of Verizon Center again. Will the Capitals force a Game 7? Or will the Penguins advance to the second round? You can also check out our breakdown of Thunder vs. Spurs Game 5.

The Capitals’ top guns came out to play on Saturday and led Washington to a 3-1 victory over the Penguins. The Capitals will fight to live another day later tonight at Consol Energy, where they are 5-5 in their last 10 games there.

After going scoreless despite seven shots in Washington’s loss in Game 4, Alex Ovechkin posted a goal and an assist in Game 5. Ovechkin has been aggressive over the past three games in which he had 20 total shots on goal. The Great Eight can’t let up playing with a high sense of urgency but it’ll ease him off a lot of pressure if T.J. Oshie plays like he did in the last game.

Oshie disappeared following a hat-trick performance in Game 1 and resurfaced on Saturday with a two-point (one goal, one assist) performance. Both goals by Ovechkin and Oshie came during power plays. Washington’s dreaded special teams need to be a big factor if the Caps want to defeat Pittsburgh anew. The Caps are fourth this postseason with a 25.0 power play percentage clip.

Braden Holtby did what he does best in Game 5, freezing all but one of the Penguins’ shots on goal. It was the first time in this series that Holtby held the Pens below two goals so the Caps are hoping for the goalie to build on that performance as they face yet another do-or-die game. 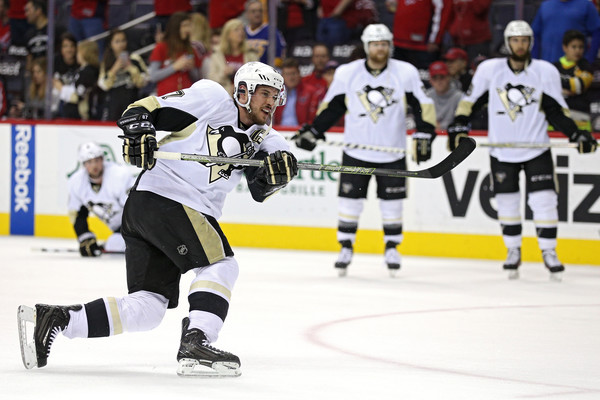 Should Matt Murray continue to man the net for Pittsburgh? The Pens goalie have had his shining moments in the playoffs but Saturday’s loss to Washington certainly wasn’t one of them, as he gave up three goals on 16 shots faced.

Whether it would still be Murray or Marc-Andre Fleury who’s going to be in between the pipes in the next game, the Penguins’ blue line will have to remain wary of the Capitals’ attackers. Fleury hasn’t played since March 31, but coach Mike Sullivan may be thinking of making such a move considering Fleury’ edge over the 21-year-old Murray in terms of experience in playing close-out games.

The Penguins finally scored their first power play goal of the series in Game 5 with a Chris Kunitz score in the first period. The team had gone 0-for-14 on the man advantage in the four games prior to that loss to Washington.

Pittsburgh is set to play at home, a big advantage for a team that is a win away from sending the Capitals packing for an early vacation. The Pens are

Sidney Crosby has yet to find the back of the net thus far in the series but did have an assist in each of the last two games.

The Penguins are 4-0 in their last four games after a loss.