Looking Back at Number 1 Seed Champions in the NFL, MLB, NBA, and NHL

For the first time since 1993, two No. 1 seeds will meet in the playoffs to dispute for the Vince Lombardi trophy when the high scoring Denver Broncos collide with the brick wall-ish defense of the Seattle Seahawks. Super Bowl XLVIII will be the first time we’ll see a  No. 1 seeded team win since the New Orleans Saints took home the holy grail of American Football in Super Bowl XLIV.

Let’s have a comparison of sorts of this specific occurrence with three other major pro sports league – MLB, NBA, the NHL—before taking a deeper look at the NFL.

The current postseason format of MLB has two wildcards, a setup that was introduced just two seasons ago. So for us to have a larger sample size, let’s count the number one seeds that won the World Series from the 1995 season – the first time the league added the wild card teams into postseason mix. Here are some of the data we came up with:

It has been said countless times before that the NBA has by far the most predictable league among the four major pro sports. More often than not, the eventual champions were the teams that were expected to win the NBA title. Though there were surprises in David Stern’s playoffs like the No. 8 New York Knicks making the 1999 NBA Finals, those kind of instances are as rare as Shaquille O’Neal hitting a trey.

[sc:NBA240banner ]When put side-by-side with the other leagues, the NBA comes up with the most No. 1 seeds winning the championship. Here are a few takeaways on the number of NBA champions based on their seeding: 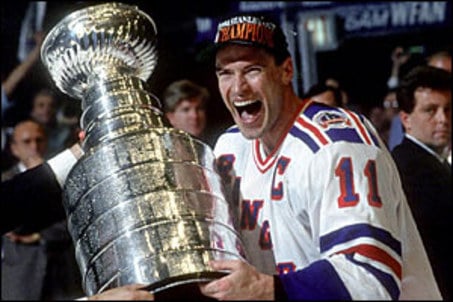 We’ll begin breaking down the champions from the 1994 season, when the current playoff format was introduced. Before the 16-team NHL postseason that we know of today – eight from each conference – the league spent a lengthy time employing different kinds of playoff formats such as ranking teams from 1-4 to 1-16.

Funny that the Denver Broncos and Seattle Seahawks Super Bowl XLVIII match-up generates so much commotion. This is largely because of these teams being both No. 1 seeds; isn’t it that pitting the best two teams in each conference is the ideal Super Bowl scenario?

Well, yes, but it’s the rarity of the occasion (AFC #1 vs. NFC #1) which compels us to explode in excitement. Since the NFL introduced the seeding system in the postseason in 1975, the Broncos-Seahawks will only be the 10th time two No. 1 seeds will duke it out in the Super Bowl.

That’s not even considering the fact that this is only the second time since Super Bowl XXV (1990 NFL season) in which the top rated offense in the NFL meets the league’s best defensive squad.

The grand sporting event that is the Super Bowl is just a week away. Head over to Top Bet sportsbook while you have time to see the latest Super Bowl XLVIII odds and lines. You will also find a variety of NFL game props to bet on. Plus find out how you can claim your $10 Super Bowl free bet! 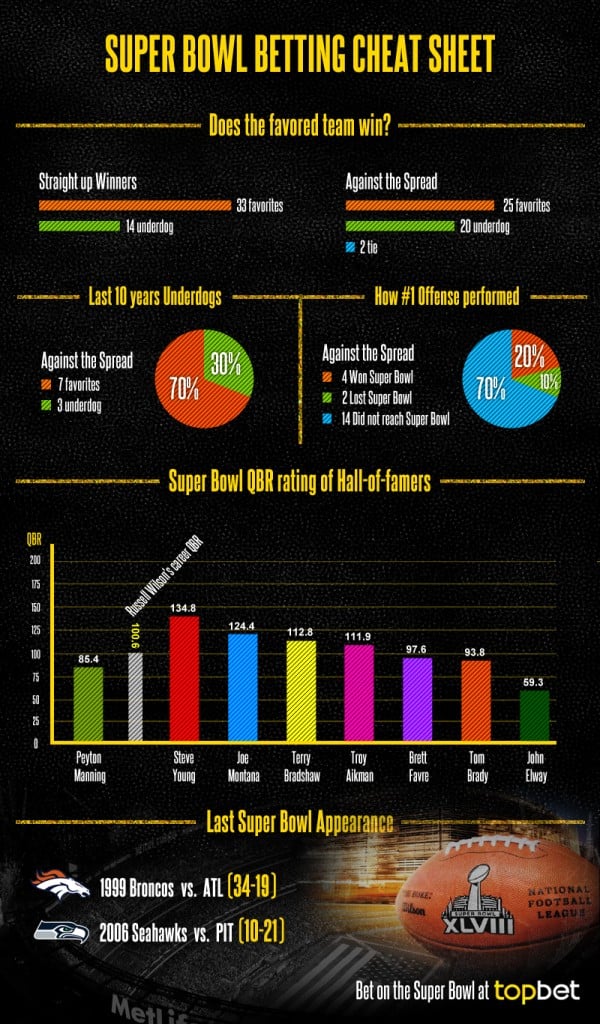