In today’s Best Games To Bet On, a pair of high-quality college basketball games will be served to fully satisfy your basketball and betting cravings.

Our first game features the fourth-ranked Michigan State Spartans looking to stretch their unbeaten run to four games when they play host to the No. 16 Iowa Hawkeyes at the Breslin Center. Later on, a promising ACC clash between the No. 20 Pittsburgh Panthers and No. 21 Louisville Cardinals is bound to put the cherry on top on your Thursday night.

Read on below for a brief look at these two games. And if you’re also craving for some NBA action, check out our complete preview of the Cleveland Cavaliers vs. San Antonio Spurs.

[sc:NCAAB240banner ]Both clubs enter this encounter with serious momentum on their side. The Hawkeyes have won their previous five games and are 3-0 thus far in conference play. Jarrod Uthoff continues to be sensational for them, averaging 16.6 PPG in the last five games. That includes back-to-back 25-point performances opposite Nebraska and No. 14 Purdue. But it’s worth noting that the Hawkeyes are only 1-9 SU and 3-7 ATS in their previous 10 meetings with Michigan State.

The Spartans, meanwhile, are on a three-game run and have emerged triumphant in all of their home games. Their lone loss this season, however, was against Iowa on December 29, during which the Spartans lost by 13 points thanks to a 25-point explosion from Matt Gesell. They’ll definitely be setting their sights on revenge in this battle. Across 17 home games, Michigan State is 10-0 SU and 6-3 ATS in its last 10 home games.

Click here for our complete preview of this bout.

Spartans (-7) win, but fails to cover the spread. 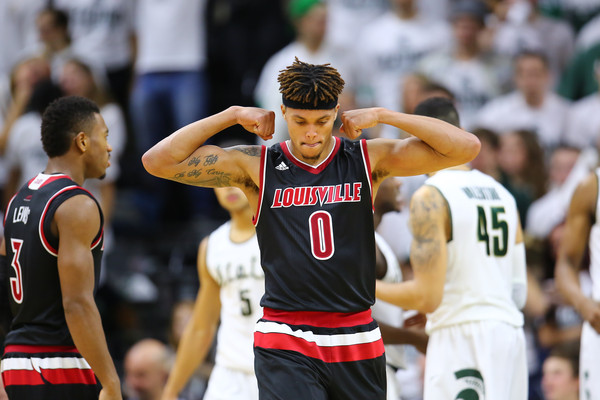 The Panthers haven’t just been winning games, but they’ve also been annihilating each of their opponents. They enter this matchup carrying a 10-game winning streak and have won by an average margin of 20 points in that stretch.

Their dynamic one-two punch of Michael Young (17.5 PPG) and Jamel Artis (16.0 PPG) is a testament to their success. Both junior forwards might have their work cut out for them, though, since the Cardinals defense (58.8 points allowed per game) has been almost immovable this season.

Speaking of the Cardinals, they’ll be aiming to bounce back from an 11-point setback to Clemson last Sunday. During that game, the Cardinals struggled to shoot the ball with a dismal field goal rate of 35.3 percent and went just 3-for-23 from three-point territory. The onus will be on their top offensive threats in Damion Lee (16.6 PPG) and Trey Lewis (13.4 PPG) to lead Louisville back on the winning track.

Pittsburgh is 5-0 and 2-2 ATS in its last five games. Louisville, meanwhile, has gone 0-5 ATS in its past five contests.

Click here for our full analysis of this game.

Create a betting account now, and don’t forget to cash in on these two spectacular matchups.