Best Games to Bet On Today: UNC vs. FSU & OK State vs. Baylor

The red hot North Carolina Tar Heels will finally face rivals Duke this week, but will they overlook a dangerous Florida State team that’s currently on the NCAA Tournament bubble? Speaking of bubble, can the Marcus Smart-less Oklahoma State avoid missing the tournament entirely with a big road win?

MVP Kyrie Irving (31 points, 14 assists) led the East All-Stars to a 163-155 victory over the West in the highest-scoring All-Star game in history. The East also won its first All-Star game since 2010.

#9 Michigan State and #15 Michigan both suffered home losses last night. The Spartans fell to unranked Nebraska while the Wolverines lost to #21 Wisconsin. The two will play against one another in a potential conference-deciding game on Sunday.

Leading Wooden Award candidate Doug McDermott scored 39 points to lead #18 Creighton to another big win over #6 Villanova. The Blue Jays are now in pole position in the Big East after sweeping the season series over the Wildcats.

Top Bet’s Games to Bet On

North Carolina is bound to re-enter the Top 25 after another big win against a ranked team last week, having defeated #25 Pitt. The win has them in a tie for 4th in the ACC, and was UNC’s sixth in a row as it prepares to face Duke later in the week. North Carolina is 6-1 SU in its last 7 road games vs Florida State.

The Tar Heels face the Florida State Seminoles, who did their NCAA Tournament hopes some good with a road victory over Wake Forest last night. Senior Ian Miller came up big with a career-high 25 points off the bench, while sophomore guard Aaron Thomas scored 19 points and added 14 rebounds. Thomas is averaging 18 PPG in February. Florida State is 15-4 SU in its last 19 games at home. 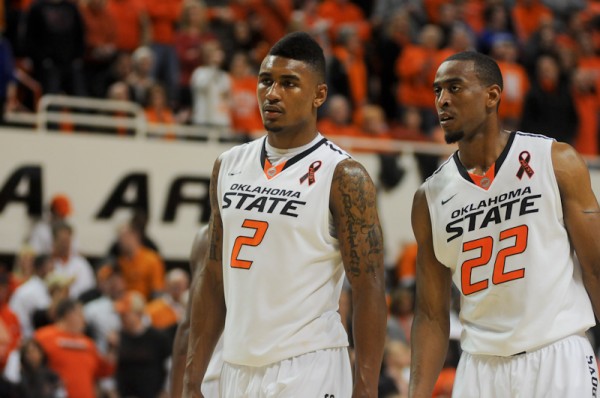 Oklahoma State will play its last game without the suspended Marcus Smart tonight. The Cowboys are 0-2 SU without their star point guard despite the best efforts of Le’Bryan Nash and Markel Brown, who have combined for 41 points in both games. The duo also had 43 total points in their meeting with Baylor earlier this month. The total has gone OVER in 6 of Oklahoma State’s last 8 games on the road.

Meanwhile, Baylor has won back-to-back conference games for the first time thanks to a gruelling double-overtime win over Kansas State. Big men Isaiah Austin and Cory Jefferson combined for 39 points, 18 rebounds and 9 blocks. Brady Heslip knocked down six threes in Baylor’s shock win over the Cowboys in Stillwater earlier this year. Baylor is 5-0 SU in its last 5 home games vs Oklahoma State.