After a batch of thrilling NFL games yesterday, one game remains in Week 2 pitting AFC North rivals the Bengals and Steelers against each other. In baseball, the Athletics are looking to further distance themselves from the rest of the American League West.

The Oakland Athletics completed their three-game series sweep against the Texas Rangers, furthering their lead in the American League West.

In Mariano Rivera’s last appearance at Fenway Park, the Boston Red Sox swept their three-game series against the New York Yankees, while eliminating New York from the AL East race. 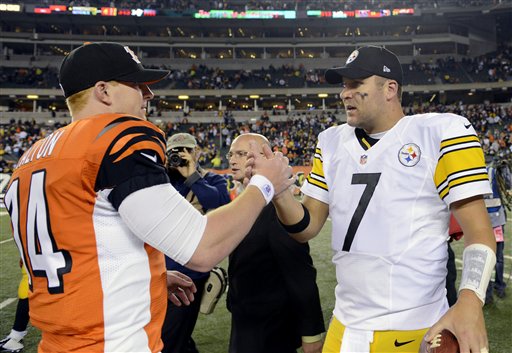 The Pittsburgh Steelers will try to rebound from one of their poorer performances in recent memory when they visit the Cincinnati Bengals tonight in a matchup of two teams expected to vie for the AFC North crown.

The Steelers are coming off a disastrous Week 1 loss to Tennessee in which they managed only 195 total yards and lost three players to season-ending injuries. The Bengals blew an 11-point, second-half lead in a 24-21 season-opening loss to Chicago.

Cincinnati’s defense includes former Steelers linebacker James Harrison, the 2008 NFL Defensive Player of the Year who signed with the Bengals in the offseason. The Steelers have history on their side, having recorded a 10-1 SU record in their last 11 games in Cincinnati.

Moreover, the favorite is 5-1 ATS in their last six meetings.

After sweeping the Rangers, the Oakland Athletics are making significant strides towards repeating last season’s American League West championship. The Athletics look to continue their good fortune on Monday, when they open a three-game set against the visiting Los Angeles Angels.

For the most comprehensive list of MLB game odds and betting lines, visit Top Bet’s sportsbook.