How about that for a finish? Monday Night Football delivered its fair share of excitement last week with the Dallas Cowboys pulling off a nail-biting 19-16 victory over the Washington Redskins. Expect more of the same drama this coming Monday as the New York Giants and the throwback uni’d Miami Dolphins lock horns in the featured Week 14 clash at Sun Life Stadium. The Giants are locked in a heated four-way battle with the Eagles, Redskins and Cowboys in the NFC East and they would want nothing more than to grab that all-important victory in Miami’s home field.

Read on below for an in-depth breakdown of this Monday Night Football matchup and while you’re at it, you can also check out our complete NFL Week 14 picks. 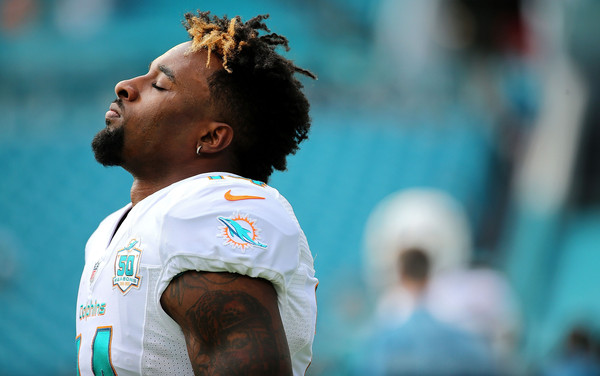 The New York Giants’ playoff hopes are hanging in the balance after suffering another gut-wrenching collapse in their Week 13 showdown with crosstown rivals the New York Jets. The Giants squandered a 10-point, fourth-quarter lead last Sunday to crash to their third consecutive defeat. They’re now tied with Philadelphia and Washington atop the lowly NFC East, with all three teams carding similar 5-7 slates.

[sc:NFL240banner ]Five of the Giants’ seven losses this season have come on fourth-quarter collapses in the final two minutes. The onus then is on Eli Manning to clean up his sloppy play. He tossed an interception in a critical 4th-and-2 situation in the fourth quarter that swung the game in the Jets’ favor. He has four interceptions compared to three touchdowns over the last two games, completing just 51.8 percent of his passes with a paltry 67.7 passer rating.

It’s crucial for New York that Manning picks up his play especially with the Giants’ running game proving to be ineffective this season. The Giants are 29th in the league in rushing offense, averaging just 88.1 yards per game this campaign. They might break loose, though, against a Miami defensive line that’s allowing 134.8 yards per game on the ground this season, third-worst in the entire NFL.

Miami is coming off a hard-earned 15-13 win over Baltimore last Sunday. The Dolphins managed just eight first-downs in that game as their offense recorded just 219 total yards. They will be licking their chops at the prospect, though, of facing a Giants team that is ranked last in the NFL in passing defense, giving up 314.5 yards per game through the air this year.

One guy who needs to step up for Miami this coming Monday is Jarvis Landry. He only had two catches for five yards last week after collecting 34 for 350 with two touchdowns over the previous four games. The pressure is on Ryan Tannehill to involve Landry more on the offensive end. He completed just 9 of 19 passes for 86 yards and a touchdown in the win against the Ravens.

Football fans can catch this Giants-Dolphins matchup on ESPN with coverage set to start at 8:30 P.M ET. Viewers can also catch this Monday Night Football game on their tablets and computers via WatchESPN, which is accessible in more than 93 million households nationwide to those who receive ESPN’s networks as part of their video subscription.

Betting Trends on the Miami Dolphins

If you’re looking to bet on this Monday Night Football matchup, there’s no hotter wager than that of the total score going under. The Dolphins have now failed to exceed the closing total in four their last six games. In addition to that, the total has gone under in 10 of the Dolphins’ last 14 games in December. The total has gone under as well in seven of the Giants’ last nine games on the road in December. Look for the scores to drop in this December showdown between Miami and New York. 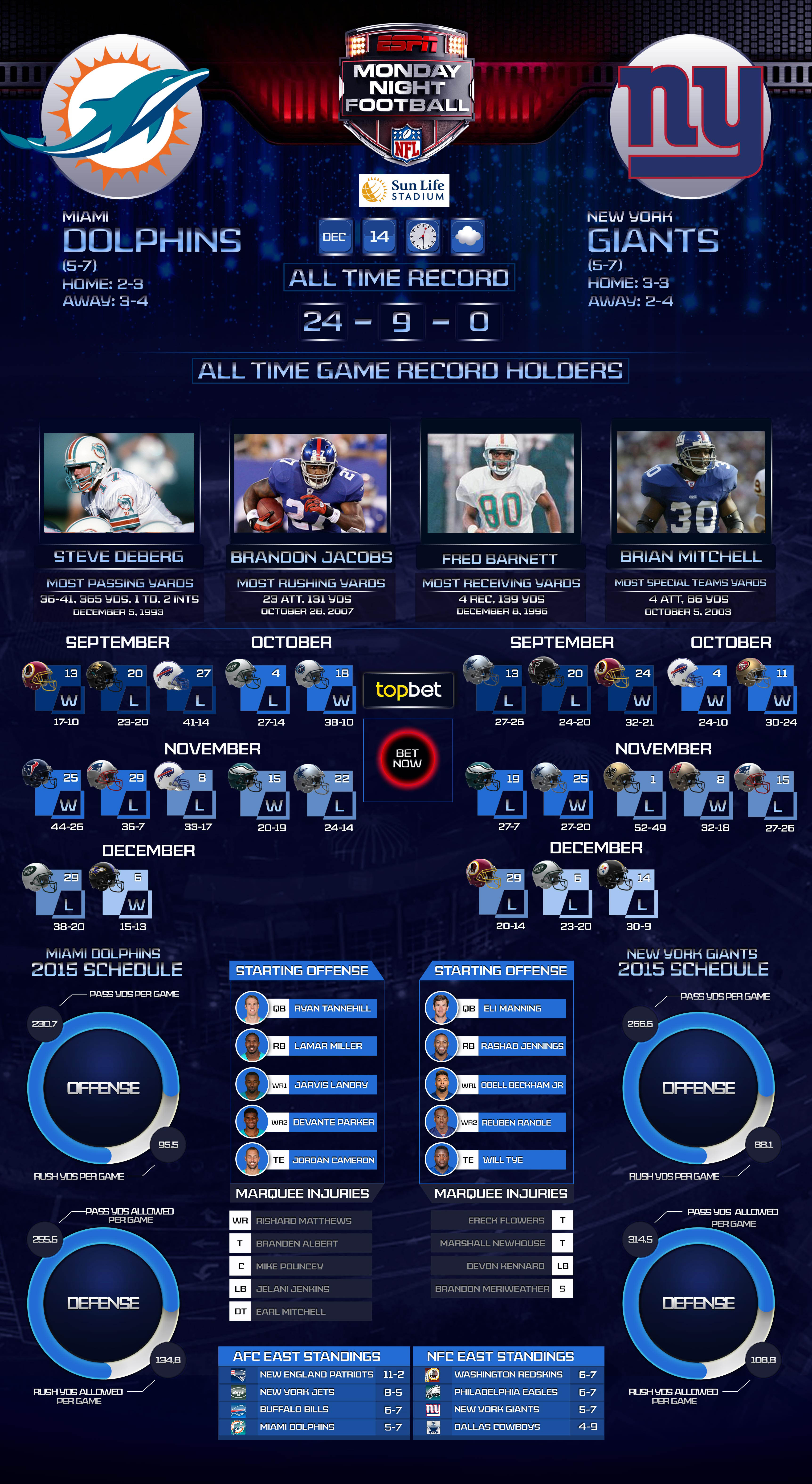 Create a betting account now and put your Monday Night Football predictions to the test!