Seven teams remained undefeated in the NFL after a crazy Week 3 that saw five teams hushing the home crowd with wins on the road.

One of those teams sporting a spotless record is Seattle, who continued their pitiless destruction of every team along their path when they stomped Jacksonville.

As for the six clubs who are 0-3 entering Week 4, there is still hope in their 2013-2014 campaign as lonng as they can stop the bleeding. 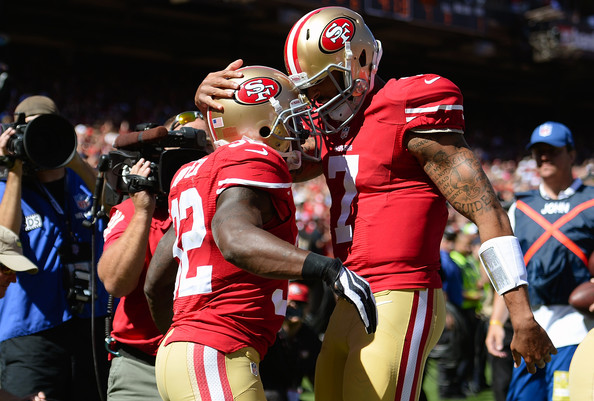 A 1-2 SU record isn’t exactly what the 49ers and Rams wanted to have at this point in the season. Both teams look to avoid a three-game skid Thursday night in St. Louis.

The 49ers have won 4 of their last 6 games in St. Louis while the Rams are 3-0 ATS in their last 3 home games against San Francisco.

The Seahawks are coming off a 45-17 demolition job of a hapless Jacksonville squad to maintain their squeaky clean 3-0 SU record. As for Houston, they finally got a taste of defeat after two close wins when they got brushed aside by the Ravens, 30-9.

Bet now on Seahawks vs. Texans.

It takes more than luck to beat Aaron Rodgers’ Packers and the Bengals appeared to prove that by adding a dash of defense, earning a 34-30 victory against Green Bay in Week 3. In their first game without Trent Richardson, the Browns collected their first win with a 31-27 decision over Minnesota.

Cincinnati is 4-1 SU in their last 4 games against the Browns. However, Cleveland beat the Bengals in their last meeting, 34-24, as 1.5 underdogs.

Bet now on Bengals vs. Browns.

The Colts scored a 27-7 upset over  the 49ers last week. They head to Florida next to see if they can add to the Jaguars’ embarrassment. Jacksonville is still winless so far this season, coming off a brutal loss to the Seahawks, 45-17.

Indianapolis is 4-1 SU in their last 5 games as favorites while Jacksonville is 3-1 SU and ATS in their last 4 home games against the Colts.

Bet now on Colts vs. Jaguars.

The Giants were mercilessly tortured by Carolina in Week 3, 38-0. They wander into Kansas City on Sunday for a game against Andy Reid’s Chiefs who appear to have found their groove early.

Bet now on Giants vs. Chiefs.

The Cardinals saw their winning streak against the spread end in Week 3 after getting dismantled by New Orleans, 31-7. They have a chance to get things back in order against struggling Tampa Bay, who lost to New England last week, 23-3.

Bet now on Cardinals vs. Buccaneers.

Running back Ray Rice could suit up for the Ravens in this match-up after sustaining a hip injury in Week 2. Though without him, Baltimore still managed to pummel the Texans last week, 30-9.

Bet now on Ravens vs. Bills.

One of these team will finally notch a win this season when they meet Sunday for the International Series in London.

Pittsburgh went UNDER in 4 of their last 5 games. Meanwhile, Minnesota was 3-0 OVER in their last 3 games.

Bet now on Steelers vs. Vikings.

Geno Smith outplayed fellow rookie quarterback EJ Manuel to help the Jets escape with a win over Buffalo. With the momentum, they take on Tennessee – a team that could easily be undefeated at this point had it not been for a narrow OT loss in Week 2.

Bet now on Jets vs. Titans.

Washington is second to last in the NFL in both passing and rushing yards allowed. The Raiders look to take advantage of Washington’s defensive shortcomings when they host the Redskins Sunday.

The Redskins are 3-1 SU and ATS in their last 4 road games. As for the Raiders, they’ve won their last two games at home both SU and ATS.

Bet now on Redskins vs. Raiders.

Two straight losses have reduced the glitter of Chip Kelly’s NFL debut win against Washington. A win against Denver would dismiss all doubts about his coaching. This game pits the best offensive team on the ground in the Eagles (209.0 rushing yards/game) against the NFL’s best in air in the Broncos (374.7 yards passing yards/game). [sc:Other240banner ]

Bet now on Eagles vs. Broncos.

DeMarco Murray had a field day against the Rams as he rushed for 175 yards and a touchdown to lead the Cowboys past St. Louis. Awaiting them are the Chargers, who lost yet another close game to Tennessee.

Bet now on Cowboys vs. Chargers.

The Patriots are 3-0 SU but appeared shaky in at least two of those games. After two close calls in the first two weeks, New England finally got a clear-cut victory with a 23-3 win over the Buccaneers. They’ll need more of that against the Falcons, who earned their second defeat off a last minute touchdown by Miami.

New England is 3-0 SU and ATS in their last 3 games against the Falcons while Atlanta has won 2 of their last 3 home games.

Bet now on Patriots vs. Falcons. 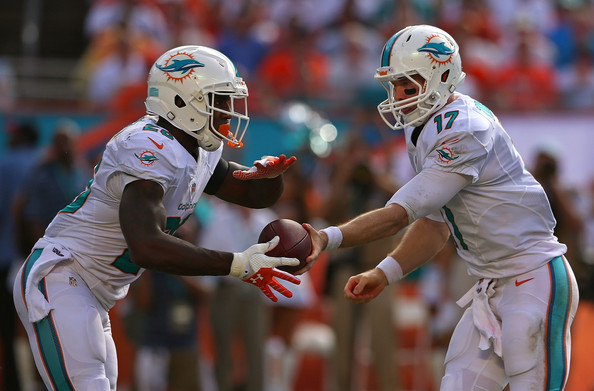 Monday Night Football’s limelight belongs to the Dolphins-Saints game. Both teams are sporting a 3-0 SU record. The Dolphins nearly lost one, but thanks to Ryan Tannehill’s touchdown pass to Dion Sims with 38 seconds to go against Atlanta, Miami took the lead for good and beat Atlanta, 27-23.

Bet now on Dolphins vs. Saints.

For a complete list of lines and odds for each game in the NFL all season long, visit the Top Bet sportsbook.