The Philadelphia Flyers live to see at least another game in the Stanley Cup Playoffs thanks to their Game 4 victory against the Washington Capitals. Will the Flyers prolong their existence again when they head to Washington for Game of this first-round series matchup with the Washington Capitals? Or will the Capitals shut down Philly and book a spot in the second round?

Read on for more about this game. You can also check out our Game 5 preview of Sharks vs. Kings.

The Flyers are still kicking. Philadelphia avoided a first-round sweep at the hands of Washington with a gutsy 2-1 win at home on Wednesday. The Flyers can cut Washington’s series lead down to 3-2 later tonight at Verizon Center, where they are just 0-3 in their last three visits there.

Nevertheless, the Flyers have some positives to carry over into Game 5. For one, they finally saw their special teams score a goal after going on a 0-for-13 in the first three games of the series. They went 1-for-2 on the man advantage on Wednesday with Shayne Gostisbehere netting the power play goal in the first period.

The Flyers appeared to have solved Braden Holtby in Game 3 too, as they scored two goals on their first 18 shots.

Former Washington goalie Michal Neuvirth was terrific in front of the net in lieu of the struggling Steve Mason. Neuvirth turned away all but one of the Caps’ 32 shots on goal in Game 4. With head coach Dave Hakstol seeing Neuvirth’s effectiveness, it’s unlikely for Mason to get the start for Game 5.

The Flyers are  6-1 in Neuvirth’s last seven starts overall. 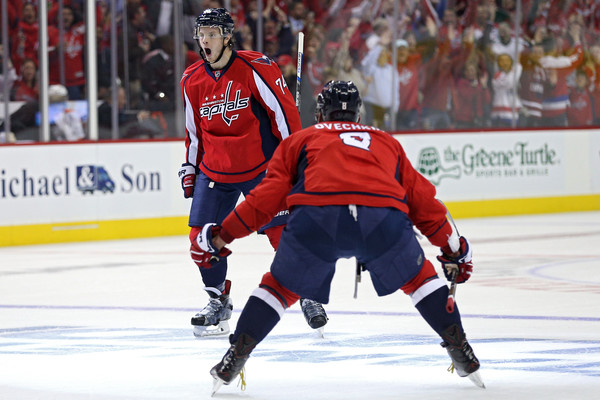 Now is not the time for the Capitals to get confident. After failing to sweep Philly in Game 4, the Caps fly back home looking to hammer down the final nail of the Flyers’ coffin. Washington, which is 3-0 in its last three home games against the Flyers.

Game 4 was the first time in the series that Washington’s special teams failed to matter on both ends of the ice. After scoring eight power play goals in the previous three games, the Caps went just 0-for-2 on Wednesday. And as mentioned earlier, they let the Flyers sneak in their first PP goal in Game 4.

Washington can play much better than that, however, and it’s fair to expect the Capitals to feed off the energy of their home crowd in their attempt to finish off Philadelphia.

The Capitals also need to raise their intensity to ward off the excellent forechecking of Philadelphia that played a great part in the Flyers winning the shots battle thus far in this series.

After a full day of rest, Braden Holtby can flash his mighty form again and prove that his Game 4 performance was nothing more than a blip in the radar. Holtby allowed just three goals on 93 shots faced during the first three games of the series.