Louisville had their four-game winning streak snapped Saturday with a gut-wrenching loss to second-seeded Virginia. They will look to get their season back on track this coming Wednesday when they square off with the streaking Pittsburgh Panthers.

Read on below for a preview of this much-anticipated ACC showdown and while you’re at it, you can check out our preview of the game between No. 1 Kentucky and LSU.

Pittsburgh extended its winning streak to three games with an impressive 83-77 victory Saturday over the Syracuse Orange. Jamel Artis led the way for the Panthers with 20 points, including the clinching three-pointer in the final minute to seal their 16th victory of the season.

[sc:NCAAB240banner ]It was a fantastic victory for the Panthers, who trailed by as much as 10 points against the Orange early in the first half. It didn’t help matters for Pittsburgh that the team’s senior guard Cam Wright came out of the game in the first half with an ankle injury.

Some teams may have folded in that kind of scenario but not this Pittsburgh team that has showed some resolve, particularly in their last three outings. Seldom-used reserve Sheldon Jeter stepped up big time in Wright’s absence, scoring a career-high 18 points on a torrid 7 of 9 shooting from the field. Prior to Saturday’s game, Jeter was just averaging three points per game.

Pittsburgh will need every inch of quality from its roster as it begins a devastating sequence of games against three seeded teams in Louisville, North Carolina and Virginia.

The Panthers, to their credit, could simply shoot their way through this gauntet of tough games. Pittsburgh’s shooters are averaging 77 points during their current three-game winning run. Their 83-point output against Syracuse was their highest offensive tally this season. The Panthers had 22 assists on 28 baskets in the game against the Orange and shot an incredible 59 percent from the field in the second half.

Create a betting account now and cash in on these NCAA college basketball games.

Betting on the Louisville Cardinals 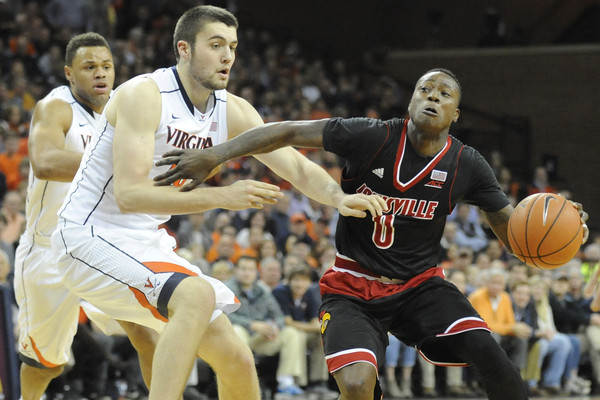 Louisville crashed to its fourth defeat of the season with a 52-47 loss Saturday night to the Virginia Cavaliers. It was the Cardinals’ poor field goal shooting that ultimately caused their downfall as they slid down to fourth place in the ACC with a 7-3 slate.

The Cardinals had a horrible shooting night, particularly in the first half, where they were held by Virginia to a ghastly 13 points. In fact, their last basket in the first half came at the 10:32 mark as the Cavaliers’ vaunted defense held them scoreless for a stretch of 12 minutes spanning halftime.

The Cardinals made a furious fight back, though, cutting the deficit down to three points with 18 seconds remaining. The rally fell short, however, as the Cardinals ultimately were left to rue their missed opportunities on the offensive end.

Louisville head coach Rick Pitino blasted his wards after the game, saying “our offense was ridiculous.” The Cardinals were atrocious from the field, shooting just 17 of 46 for a measly 37 percent clip. It was much worse in the first half where they buried just four of 21 field goal attempts and also had six turnovers in an error-filled performance.

It didn’t help matters for Louisville that only four players scored for the team in the game against Virginia. The Cards’ big three of Terry Rozier, Montrezl Harell and Chris Jones combined for 39 points but the problem for the Cardinals was only one other player contributed for them.

For the second consecutive game, the Cardinals’ bench failed to generate some offensive support as they laid a big goose egg against the Cavaliers. They will fancy their chances, however, of getting their offense going against a Pittsburgh side that is 143rd in the nation in scoring defense, allowing 65.0 points per game this season.

The Cardinals edge past the Panthers, 58-51.