The Seattle Seahawks barged back into the win column by routing the San Francisco 49ers at Levi’s Stadium, 20-3, on Thursday. Up next on their schedule is another favourable matchup with a struggling team in the form of the Dallas Cowboys, who have lost their past four contests. Can the Seahawks capitalize on this and notch two wins in a row?

Read on below for a comprehensive breakdown of this game. And while you’re at it, you can continue satisfying your football cravings with our other Week 8 previews: Lions at Chiefs and Packers vs. Broncos.

Betting on the Seattle Seahawks (3-4)

Now that’s how you bounce back in a big way.

The Seattle Seahawks were still hurting from their gut-wrenching defeat to the Carolina Panthers, but they made sure to unleash all of the frustrations on Thursday with a merciless beat down of the San Francisco 49ers at Levi’s Stadium, 20-3. That win marked the Seahawks’ first road win of the season and the fourth-straight triumph against their division rivals.

[sc:NFL240banner ]Russell Wilson was solid in this one despite having two picks to his name. He displayed his dual-threat abilities by converting 18 of his 24 passes for 235 yards – including a spectacular 43-yard touchdown pass to Tyler Lockett – and added 20 yards on seven carries.

Furthermore, Marshawn Lynch was in Beast Mode all throughout the matchup and seemed to be completely fine even with a hamstring injury. He had 27 carries for a season-high 122 yards and a leaping one-yard touchdown to lead their team’s ground attack. By the end of the game, the Seahawks held a 176-61 advantage in rushing yards.

Looking towards their Week 8 matchup, the two-time defending NFC West champions are going to be coming in with all of the momentum when they fly to Texas and take on the Tony Romo- and Dez Bryant-less Dallas Cowboys at AT&T Stadium.

Even with two stars on the sidelines, the Cowboys are still a competitive team that can win games if given the chance. They’re ground game remains to be their strongest weapon as its averaging 127.7 yards per game through six games, currently the seventh-highest in the league.

But no team has been better than the Seahawks on the ground, as they currently hold an NFL-best 143.3 yards per contest. Expect Lynch and Thomas Rawls to continue leading the charge in this department. Both backs have combined for a total of 670 rushing yards with three touchdowns thus far this season.

Seattle is 1-4 SU and 2-3 ATS in its previous five meetings with Dallas.

Betting on the Dallas Cowboys (2-4) 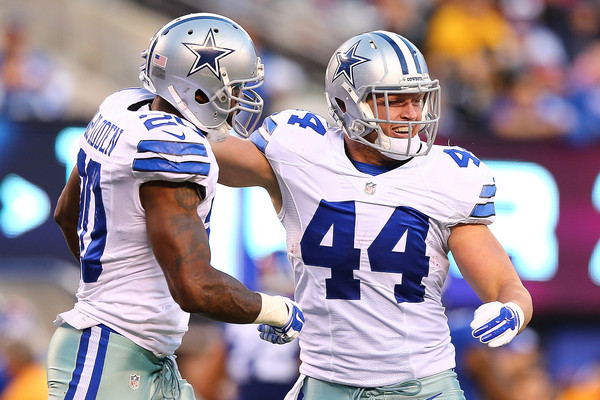 The losing woes continue for the Dallas Cowboys, who are still missing the services of its two stars in Tony Romo and Dez Bryant. They were handed their fourth-straight defeat on Sunday versus the New York Giants, 27-20, and have taken sole possession of the last spot in the NFC East division.

In that game, though, the Cowboys provided a valiant effort worth noting. They almost overcame a disastrous Dallas’ debut of QB Matt Cassel thanks to an unexpected outburst from Darren McFadden. McFadden had 152 rushing yards on 29 carries along with a touchdown which helped them make things interesting.

Now, the key for the Cowboys is to keep moving forward and maintain a positive attitude especially since they’ll be taking on the reigning NFC West champions—the Seattle Seahawks—this coming weekend.

It’ll be interesting to see where the offense will be coming from this time around for the Cowboys. McFadden and the pair of Jason Witten and Terrance Williams seem to be the likely culprits who could provide some headaches to Seattle.

McFadden will certainly be seeing more touches and hopefully have another impressive output if starter Joseph Randle’s back injury forces him to miss a week or so. Witten and Willams, meanwhile, combined for  143 receiving yards on 10 catches in the loss to the Giants.

The Dallas defense isn’t great – it’s giving up 26.3 points per game, 24th in the NFL – but it has been able to stop the run, which will be crucial against Seattle. The Cowboys are allowing just 101.3 rushing yards per game, ninth-best in the league.

Dallas manages to hang around but Russell Wilson and company prove to be too much to handle.

Create a betting account now and see if your predictions are right on the money.