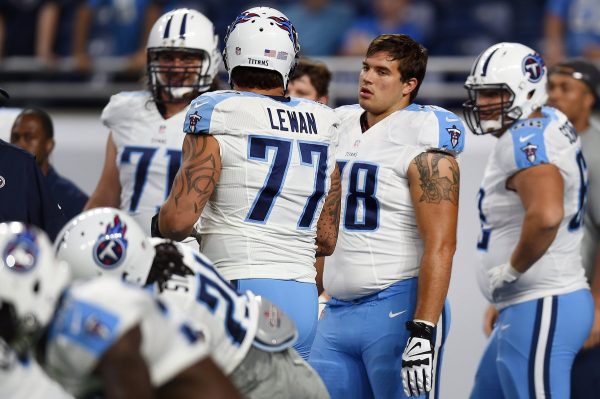 When Mike Mularkey got the full-time job with the Titans, he had the vision of installing an “exotic smashmouth” offense with an emphasis on improving the run game. Based on their 9-7 record, the franchise’s first winning season since 2011, it’s safe to say Mularkey’s plan was a success.

The addition of another top tackle in Jack Conklin opposite Taylor Lewan solidified the Titans offensive line as one of the best in the NFL last year. Running backs DeMarco Murray and Derrick Henry directly benefited from working behind that terrific line as they spearheaded a rushing attack that was ranked 8th in efficiency per DVOA.

The Titans figure to have one of the best O-lines (and running games) in the league once again heading into the season, which should continue to keep the pressure off third-year quarterback Marcus Mariota. Mariota continued to show improvements in Year 2, and remained particularly deadly in the red zone. He could get even better this season now that he has some significantly better receiving weapons in veteran Eric Decker and No. 5 overall pick Corey Davis.

The Titans were also very effective at stopping the run last season. Thanks to a very strong front seven led by ends Jurrell Casey and DaQuan Jones, they finished No. 10 in run defense per DVOA.

The Titans defense may have been very good against the run, but they were pitiful against the pass. While they were able to get a consistent pass rush thanks to Brian Orakpo, Derrick Morgan, and Casey, their pass defense was way down in 27th per DVOA, no thanks to a shoddy secondary.

It came as no surprise that they prioritized strengthening that secondary in the offseason. They let go of long-time corner Jason McCourty, who slipped mightily last season, and brought in Logan Ryan from the New England Patriots. They also picked up USC star corner Adoree Jackson in the first round and safety Johnathan Cyprien from the Jaguars.

However, it still remains to be seen whether Ryan can succeed as a top guy outside the Pats’ system and if Jackson can translate his immense physical gifts into consistent cornerback play. If they do, the Titans might just live up to their billing as +190 favorites to win the AFC South. But if not, they open the door for their other division foes to take the title. 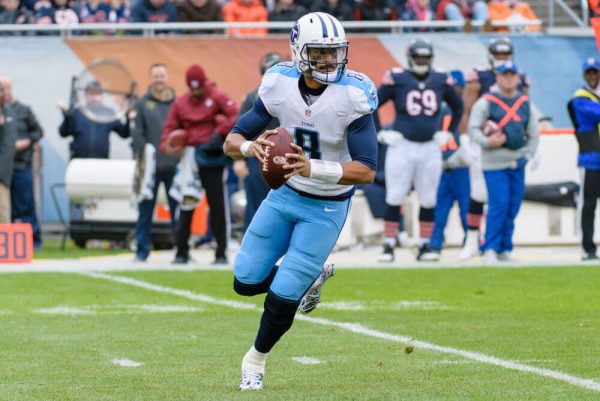 At this point, there doesn’t seem to be any doubt that Mariota is a capable NFL starter who has a chance to be a very good one. And with Decker and Davis, he finally has the weapons he needs to flourish in the passing game in his third year in the league.

However, the big issue with Mariota is his health. He suffered a broken leg at the tail end of last season, marking the second time in two years that he’s ended up on the IR. Even with a strong running game, the gap from Mariota to backup Matt Cassel is a huge one, which means the Titans really can’t afford to lose their starting quarterback for a significant amount of time if they aim to meet their goal of making the playoffs this season.

The second meeting with the Colts will be a big one for a couple of reasons. One, it could be a potential division decider against arguably their biggest rival for the AFC South crown. And secondly, it’ll be on a short week as they’ll have to play at Pittsburgh on the Thursday night game. The odds will be against the Titans going on the road against a division foe on a short week, but if they get the win, it could send them one step closer to the playoffs.

Mariota stays healthy and the Titans live up to the hype as they go on to win the division (+190).

Create a betting account now and cash in on the 2017 NFL season.