The Top Three Bitter Rivals of the New England Patriots

In football, success is the ultimate bait for trouble. Everyone wants to beat the best team and crush them on the field. Such is the case with the New England Patriots.

The Patriots have had a target on their back for a while now, but most teams end up easy prey for Tom Brady’s offense. That’s not to say that teams haven’t given them a run for their money. Over the course of their great run as an AFC powerhouse, New England and their rivalries were put under the microscope like never before.

Included in the list below, the Colts, the Raiders, and of course the Jets  are all among the top teams that comes to mind when an NFL fan thinks of the top rivals of New England. 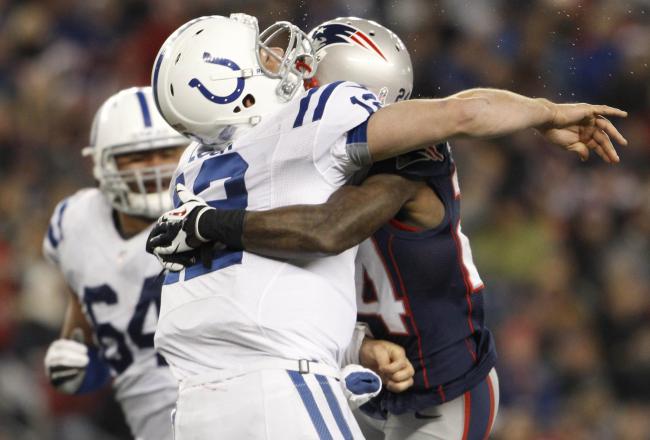 The Colts/Patriots rivalry was carried to a higher level of intensity mainly because it featured the battle between Tom Brady and Peyton Manning—two of the best quarterbacks not only to play in this era, but of all time.

But Manning and Brady weren’t the roots of this rivalry. They were mere instruments that amplified what was already an existing and boiling festival of hatred. Both teams were already into each other’s faces going as far back as the 1971 AFC East, and their same-division rivalry lasted right up until 2002, when the Colts transferred to the AFC South.

Being separated after so many years in the AFC East did nothing to dampen the enmity between the Patriots and the Colts. In fact, it only marked the advent of the greatest phase in the rivalry, due to the timely rise of Manning and Brady. During this period, many of the most memorable games between these two teams were played.

It was a meeting on November 30, 2003 that set the tone for years to come. In that game, the Patriots zoomed to a 31-10 lead, but Peyton Manning threw a series of touchdown passes to even the game. Despite the Colts’ spirited fightback, New England held on to win the game, 38-34. 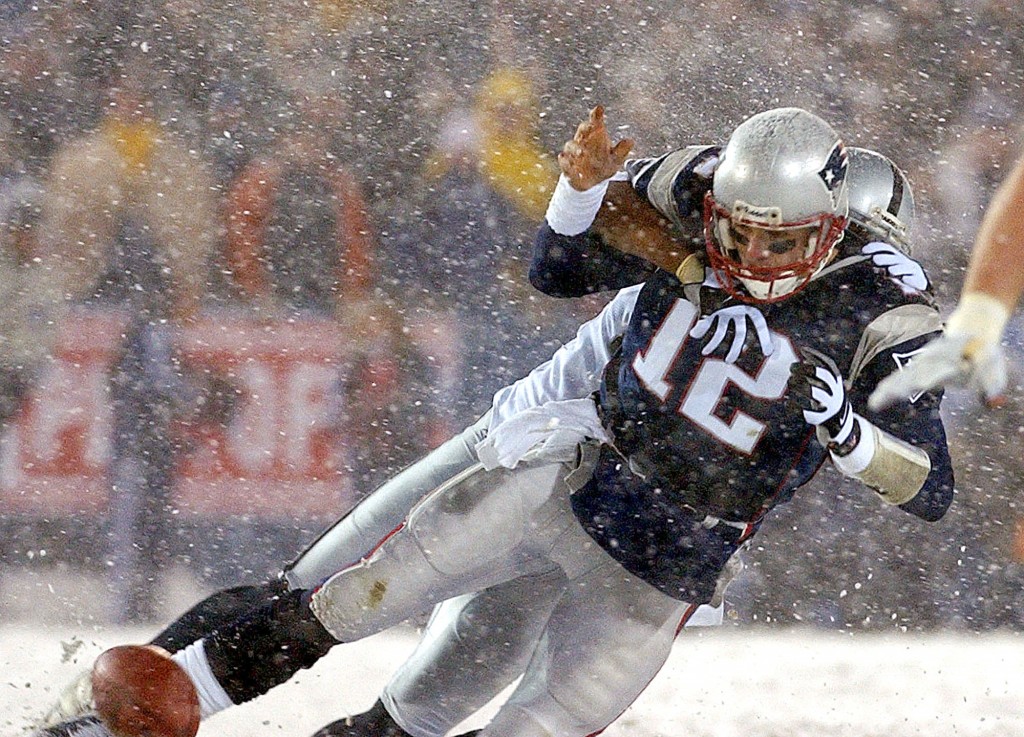 Younger fans will associate this rivalry to “the tuck rule” game in 2002 when the Raiders were left dumbfounded by a rarely used technicality. However, you can look at that game as some sort of equal measure of revenge for the Patriots, almost three decades later.

In 1976, the Patriots and Raiders met twice. The first meeting was something short of carnage as the Patriots mangled Oakland, 48-17. It was the only loss of the Raiders that season. The second match-up occurred during the AFC Divisional Playoffs, and this time the Raiders escaped with a 24-21 victory. The Raiders never looked back and won the Super Bowl that season.

Going back to the tuck rule game, it was a divisional playoff match on a freezing January night i 2002, betrayed only by the heat generated by the thrilling game.

In the match’s most defining moment, the Raiders were leading 13-10 with less than two minutes left to play when Tom Brady attempted to pass the ball, but was hit by Raiders’ cornerback Charles Woodson causing Brady to drop it. The Raiders got the ball and it was initially called a recovered fumble. But the call was reversed upon review with the referees ruling it as an incomplete forward pass citing the then very obscure tuck rule.

With the ball back in possession of New England, the Patriots managed to tie the game and force overtime, where they eventually scored to eliminate Oakland. Just like in 1976, the winner of the game went on to win the Super Bowl. It was New England’s first NFL title in franchise history. 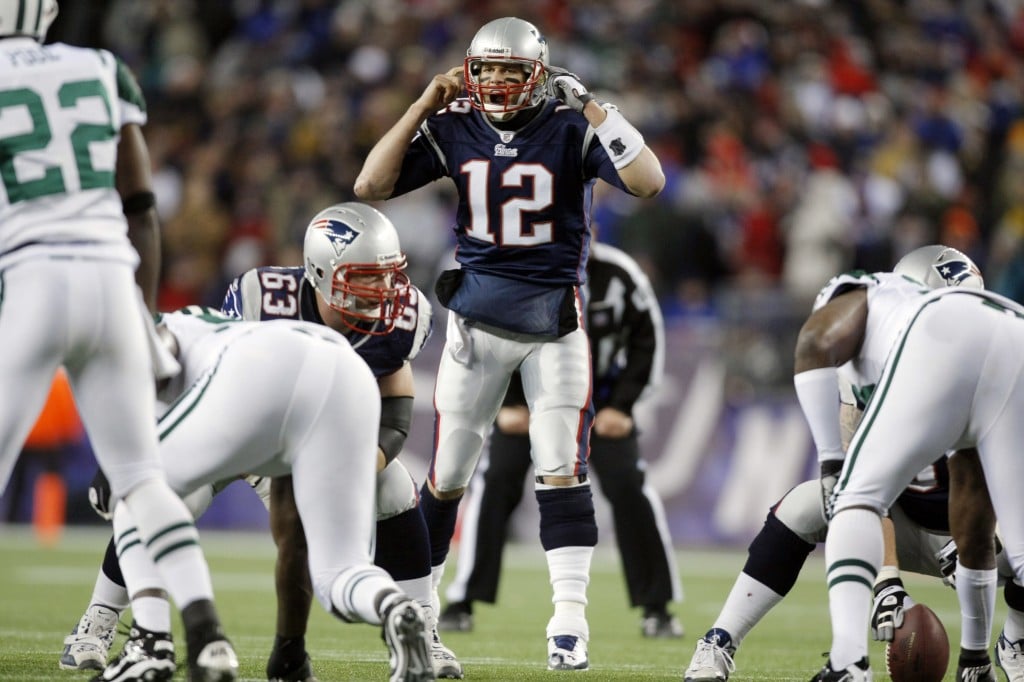 In true New York-Boston rivalry fashion, any match on any given day between the Patriots and Jets is a barrel of explosives waiting to be lit. Belonging to the same division, the AFC East, the two teams make sure that the fireworks happen at least twice a season.

The rivalry began in 1960. During that year, the first meeting between the teams happened when the Patriots (then called the Boston Patriots) defeated New York (Titans), 28-24.

Eleven games after that, the series was just about even with New England leading 7-5. The two teams took turns in their own stretches of dominance, starting off with New York’s nine straight victories from 1965 to 1970, then going 8-2 against their rivals from 1971-1975. The Patriots found their groove with an 8-2 record against the Jets from 1976 to 1980.

In 1997, the fire of the rivalry was doused with gasoline when Bill Parcells left New England to become the Jets’ head coach—big news then.

Down to the last few years of his career, Tom Brady may leave New England and the game, but not without knowing that the exploits that he and the rest Patriots of the past decade have renewed the vigor of their old rivalries.

Do you have other Patriots’ rivals in mind that you think should be here instead of the Colts, Raiders, or Jets? Follow and share with us on Twitter, Google Plus, and Facebook, or visit our sportsbook to see the latest lines and odds for the NFL.

More on the Patriots: