The Stanford Cardinal and Michigan State Spartans will have the great distinction of battling for the historic Rose Bowl in the game’s landmark 100th staging.

Pac-12 champions Stanford – who contested the very first game back in 1902 – are aiming to successfully defend the Rose Bowl title for the first time since the 1970-71 seasons. They face surprise Big Ten champions Michigan State, whose last victory in “The Granddaddy of Them All” came back in 1988.

Betting on the Stanford Cardinal 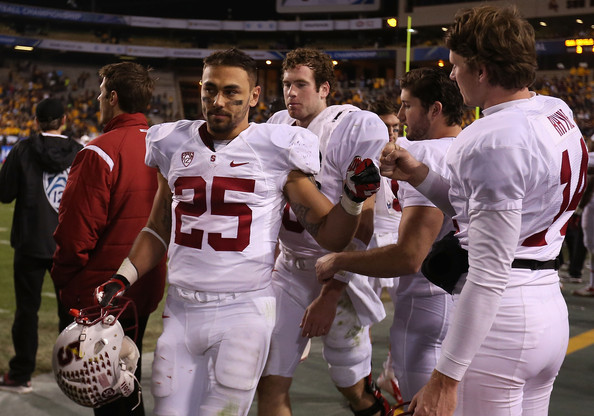 Stanford was once again crowned Pac-12 champions after another convincing victory over Arizona State. After putting a beatdown on the Sun Devils in Stanford, the Cardinal came into their house in Tempe – where Arizona State had been previously undefeated – and did virtually the same thing.

Stanford’s outstanding defense once again impressed with a dominating performance. Similar to their previous meeting, the Cardinal D shut down the second most potent offense in the Pac-12. The Sun Devils, who had averaged over 55 points at home this season, were held to just 14 points and were shut out for the second half. They were shut out in the first half of the previous meeting at Stanford.

On the other side of the ball, the Cardinal posted an identical 240 yards rushing as game MVP Tyler Gaffney led the way with 133 yards and 3 TDs. Junior QB Kevin Hogan was as composed and efficient as ever, completing 12 of his 18 passes for 277 yards and a TD.

Can the Cardinal retain their prestigious Rose Bowl crown? Bet on the Stanford Cardinal once odds are available. 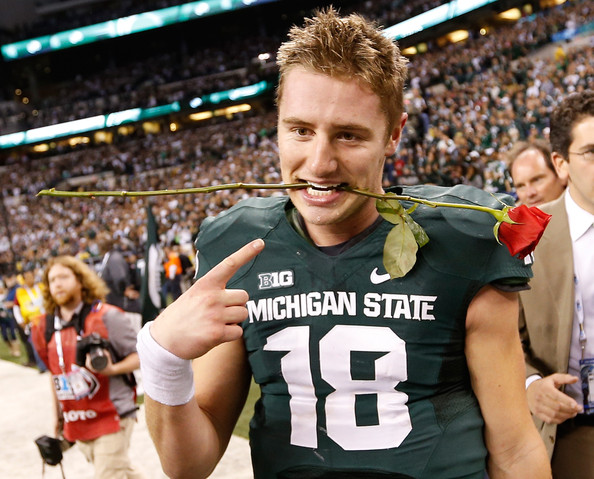 Everyone had been penciling in the Buckeyes as the Big Ten’s rep for the Rose Bowl – and possibly the National Championship Game – but Michigan State had other plans. [sc:NCAA240banner ]

The Spartans ended Ohio State’s 24-game winning streak at Columbus with a come-from-behind 34-24 win in the Big Ten Championship Game. They let a 17-0 first half lead slip away, but two fourth quarter touchdowns gave Sparty its first conference title since 2010. That win pushed their own winning streak to 9-0 SU in their last 9 games.

Michigan State’s vaunted rush defense, which was averaging a miniscule 64.75 yards per game allowed entering the title game, couldn’t contain Ohio State’s prolific running attack. The Buckeyes gashed the Spartan defense for 273 rushing yards — the most it had conceded this season by a wide margin.

However, sophomore QB Connor Cook took command with a career-high 304 yards and 3 TDs. He was aided by the very consistent Jeremy Langford, who had his eighth straight 100-yard game and sixth straight game with a rushing TD.

Will the unheralded Spartans pull off another major upset? Bet on the Michigan State Spartans once odds are available.
Bet on the Dallas Cowboys now.
[EPSB]