Two-time national champions Alabama will not be defending their title this season, but what the Tide will be putting on the line is their pride as they try to prevent Oklahoma from scoring a major upset.

It’s something that the Sooners are no strangers to — just take a look at what they accomplished against the Oklahoma State Cowboys in the Bedlam Series.

Alabama and the BCS National Championship Game appeared to be welded together for almost the entirety of the season. The only thing left to dispute back than was which team would play the role of sacrificial lamb against the Crimson Tide in the national title game.[sc:NCAA240banner ]

It just so happened that the Iron Bowl became the Waterloo of Nick Saban’s squad as they were knocked off their path to Pasadena via an upset loss to Auburn.

Despite that huge loss, no one is expecting Alabama to roll over in the Allstate Sugar Bowl. They’ll finish the last BCS-era season in similar fashion to their 12 past games: as favorites. The Crimson Tide are favored by 15.5 points going into the game against Oklahoma in New Orleans.

Alabama QB and Heisman finalist AJ McCarron is hoping for a title win to add to his college career’s swan song, albeit in the Sugar Bowl. The Crimson Tide defense has traditionally helped him out, giving up just 11.3 points per game. Only BCS bound Florida State is better at 10.7 PPG allowed per game.

The Crimson Tide have covered the spread in five of their last seven games. 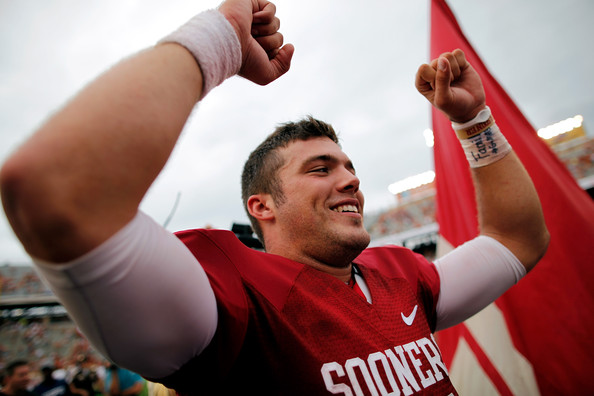 After upsetting their most hated nemesis, No.6-ranked Oklahoma State, 33-24, the Sooners will be making their first trip to a BCS Bowl since 2010 to attempt to take down another giant.

In that game against the Cowboys, Blake Bell threw for 180 yards and one touchdown. His lone passing touchdown spelled the difference as it was caught by Jalen Saunders for a seven-yard TD with 19 seconds remaining to seal the Sooners’ victory.

Bell led the Sooners this year in passing after taking over the reins from Trevor Knight, who was injured during the latter half of the season. The junior QB recorded 1648 yards through the air with 12 passing touchdowns.

Oklahoma is 3-0 SU and ATS in its last three games.

Bet now on the Oklahoma Sooners.