Another top-flight contender in the Auburn Tigers awaits the LSU Tigers just a week after a nail-biting 21-19 win over No. 25 Mississippi State this past Saturday. The Tigers are also coming off of a thrilling 27-20 victory over the Gamecocks this past weekend, so their trip to Death Valley will certainly be filled with much intensity.

Continue reading as we breakdown this star-studded matchup between these two big cats from the SEC aiming to lead their respective ambushes towards a quality win. For more big-time Week 3 college football coverage, check out our previews for Ole Miss vs. Alabama and Georgia Tech vs. Notre Dame.

Coach Gus Malzahn has got to be livid with how his team played this past weekend. The No. 6 Auburn Tigers survived a huge scare by defeating the lowly Jacksonville Gamecocks 27-20 in overtime, which is very uncharacteristic of the top 10 squad.

[sc:NCAA240banner ]Malzahn has to talk some sense into his starting quarterback Jeremy Johnson. Although Johnson did throw for 236 yards and two touchdowns against Jacksonville, he also had two costly picks. That’s now five picks for Auburn’s signal caller through the first two games of season.

If Johnson continues his subpar play, at least the Tigers have tailback Peyton Barber as a fallback plan. Barber had 23 carries for 125 rushing yards, including the game-winning 4-yard touchdown run in Auburn’s opening drive in overtime. However, the sophomore back has his work cut out for him this coming Saturday against LSU, the team that allowed just 43 rushing yards to Mississippi State this past weekend.

Still, Auburn’s shaky play remains as the biggest issue early into the season. The Tigers have twice as many turnovers (six) than takeaways (three). An error-free game against that other Tiger team from the Bayou will be of big help towards ending the team’s recent woes in Death Valley. The boys from Alabama have lost their last five games played in Tiger Stadium by a combined score of 161-82.

Auburn is just 2-3 in its past five games against LSU but went 4-1 against the spread in those games.

Be on the prowl for some big winnings yourself with your college football predictions. Create a betting account now to get in on all the action from the NCAA while the season is still young.

Betting on the LSU Tigers 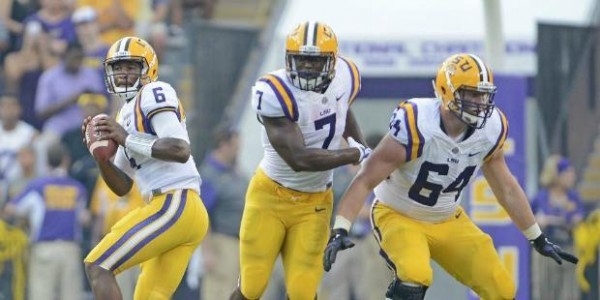 The No. 14 LSU Tigers’ 21-19 victory over the Missisippi Bulldogs is even more impressive when you consider that it was actually the team’s first game of the season – all the more against a ranked opponent. The Tigers’ first game against McNeese State had to be postponed due to inclement weather.

Leonard Fournette made a huge splash for LSU in his first game of 2015, running for 159 yards and three scores on 28 carries (and a solid 5.7 yards per carry) against the Bulldogs. The 230-pound sophomore will need every ounce of his fortitude going up against Auburn’s defense, one that has only given up 177.5 rushing yards per game this season so far.

The Tigers would also need a better outing from quarterback Brandon Harris, who had just 71 yards in the air on 9-of-14 passing. Harris has to be a threat downfield in order for teams to take their crosshairs off of Fournette and the LSU running game from time to time.

However, what’s got to be worrisome is the Tigers’ secondary. This unit just gave up 335 yards to Heisman candidate Dak Prescott over the weekend. But Luckily, Mississippi State’s star quarterback only put up one passing touchdown in that game. It’s also worth noting that LSU will likely fancy its chances against Jeremy Johnson and Auburn’s erratic passing game ahead.  The team should take this opportunity to tweak the secondary’s game plan at containing pass-heavy offenses in preparation for the long season ahead.

The total has gone under in six of the Tigers’ past seven games.

LSU (-7.5) prevails with a gritty 28-24 win at home behind another smashing performance from Fournette.