Football fans are in for a treat later today as we’ve served up a pair of blockbuster NFL games that will definitely tickle your sporting fancy. Kicking things off today is the much-anticipated showdown between the Carolina Panthers and the Atlanta Falcons. Following shortly thereafter is the Sunday Night Football clash between the New England Patriots and the Houston Texans.

Read on below for a quick breakdown of these two critical games and while you’re at it, you can check out our complete NFL Week 14 picks here.

[sc:NFL240banner ]The Carolina Panthers will put their unbeaten record on the line when they square off with the Atlanta Falcons at Bank of America Stadium later today. The Panthers are coming off a thrilling 41-38 victory over the New Orleans Saints in Week 13. Cam Newton passed for five touchdowns to lead the Panthers to their 16th straight regular-season victory.

The Panthers will fancy their chances of continuing that excellent form against the Falcons as they have fared extremely well against them of late. Carolina has won four of its last five meetings with Atlanta. The Panthers trounced the Falcons, 34-3, in their last encounter.

The Panthers are 5-2 ATS in their last seven home games with the Falcons.

Click here for an in-depth breakdown of this game. 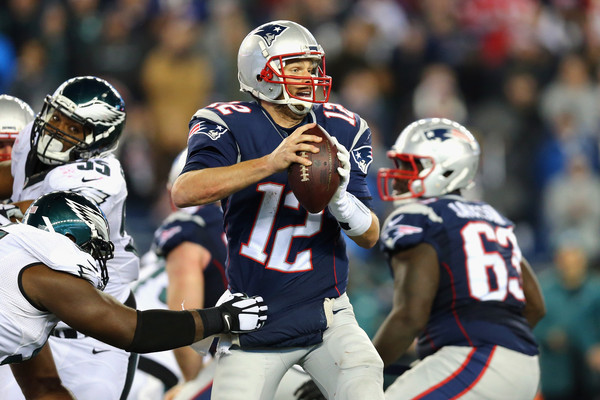 The New England Patriots will look to avoid their first three-game losing skid in 13 years when they take on the Houston Texans in a critical showdown later tonight. The pressure is on Tom Brady to deliver after his harrowing performance in New England’s last game against Philadelphia. He threw a pair of interceptions in that 35-28 loss, one of which was returned 99 yards for a touchdown.

It won’t get any easier for him against the Texans as he will face the ever-dangerous J.J. Watt. He leads the NFL with 13 1/2 sacks and has a team-high 24 tackles for loss. Houston had won four straight before falling 30-21 at Buffalo last week. The Texans are tied with the Colts atop the AFC South standings with both teams carding similar 6-6 slates.

The Patriots are 5-1 SU and 4-2 ATS in their last six games with the Texans. The total has gone over in all six games.

Click here for a complete preview of this game.

New England edges past Houston, 27-24. Create a betting account now and bet on the best games for today.