Looking for some top-notch sporting action? Well tonight’s your lucky night as we’ve got two high-quality ballgames that will no doubt tickle your fancy. Kicking things off this evening is the much-anticipated showdown between the New York Mets and the Kansas City Royals in Game 1 of the 2015 World Series.

Following shortly thereafter is the NBA clash between the defending champions Golden State Warriors and the New Orleans Pelicans. Read on below for a quick breakdown of these two mouth-watering games and while you’re at it, you can check out our complete NBA previews of Cleveland vs. Chicago and Atlanta vs. Detroit.

All eyes will be at Kauffman Stadium later tonight as the New York Mets and the Kansas City Royals lock horns in Game 1 of the 111th edition of the World Series. This matchup is bound to be a classic with both sides meeting for the very first time in the World Series. In fact, this is the first time a Fall Classic didn’t include at least one team that existed back in 1903.

[sc:MLB240banner ]Starting for the Mets in the series opener is Matt Harvey. The Dark Knight has been dominant while earning victories in each of his two postseason starts, notching 16 strikeouts while surrendering just four earned runs. He will be aided in Game 1 by the red-hot Daniel Murphy who’s been sizzling at the plate this postseason. He is in the midst of a six-game home run streak in this year’s playoffs.

Murphy will have his work cut out for him, however, in Game 1 as he will face Kansas City’s Edinson Volquez. The 11-year veteran will be making his first World Series start tonight. He posted six shutout innings in the opening game of the ALCS before allowing five runs in Game 5.

Click here for an in-depth preview of this game. 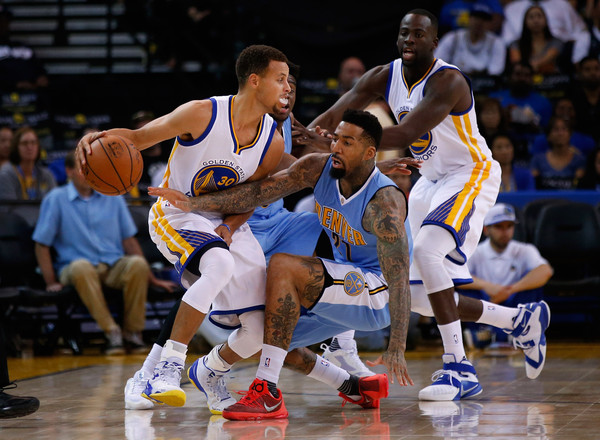 The long wait is finally over. The Golden State Warriors will begin their title defense this evening with an Opening Night matchup against the New Orleans Pelicans. It’s a rematch of their Western Conference First Round showdown last season which Golden State won via a four-game sweep.

The Warriors, who finished the preseason with an even 3-3 slate, will once again rely on the brilliance of Stephen Curry and Klay Thompson. The Splash Brothers surpassed expectations last season, combining for 525 3-pointers, the most ever by a pair of teammates. Thanks to their terrific shooting from the perimeter, the Warriors were able to win a record 67 regular-season games as well as grab their first championship in 40 years.

Winning back-to-back titles won’t be easy, though, for Golden State especially with the Western Conference locked and loaded once again this season. One of the teams who are expected to contend this year is New Orleans. The Pelicans are coming off a season in which they made their first playoff appearance in four years.

Expected to lead the New Orleans attack tonight is the talented big man Anthony Davis. He has averaged at least 20 points and 10 rebounds in each of the last two seasons. He was an absolute monster in the playoffs last season, averaging 31.5 points, 11 rebounds, 2.0 assists, 3.0 blocks and 1.3 steals in four games against the Warriors.

Golden State wins, 112-105. Create a betting account now and bet on the best games for tonight.