So how ‘bout them Cowboys? After shocking the NFL world by running right over the defending Super Bowl champion Seahawks at Seattle, the Dallas Cowboys have now won five games in a row and find themselves with the best record in the NFC. The Cowboys return home to the Big D in search of that sixth-straight win as they host their bitter rivals, the New York Giants, who scored a big fat O last Sunday at Philly.

Aside from this always juicy NFC East rivalry, you may be interested to read up on the Texans vs. Steelers and Panthers vs. Packers Week 7 games as well.

It’s back to the drawing board for the New York Giants offense. After averaging 35 points in the last three games, the Giants laid one huge egg on Sunday Night Football in a 27-0 loss to the Philadelphia Eagles.

[sc:NFL240banner ]The Giants’ offensive line had all sorts of problems on both aspects of their game. They couldn’t protect Eli Manning, who threw for just 151 yards with no touchdowns and was sacked six times. Backup Ryan Nassib was brought down twice more. They didn’t fare any better in the running game, with rookie Andre Williams and the rest of the Giants running for just 85 yards on 23 carries against the Eagles’ front seven.

But the biggest blow from an utterly forgettable night came when top receiver Victor Cruz came down with a torn patellar tendon in his right knee.

With Cruz now out for the rest of the season, newly-returned first-round pick Odell Beckham Jr. is set to take Cruz’s place in the starting lineup. After making a splash in his season debut against the Falcons with four receptions for 44 yards a touchdown, Beckham Jr. was limited to two catches for 28 yards against the Eagles.

Manning will have one less receiving weapon with Cruz out injured, but he could gain one back on the ground with running back Rashad Jennings, who was out with a sprained knee against the Eagles. Despite missing a game, Jennings is still seventh in the rushing charts this season with 396 yards.

The Giants will need all the offensive help it can get, because the defense sure hasn’t shown it can stop teams with much consistency. New York is 22nd in the league with 378 total yards allowed per game.

The total has gone over in the Giants’ last five visits to Dallas. Furthermore, New York is 4-1 both straight up and against the spread in those five games.

Create a betting account today and get off the charts action all throughout the NFL season. 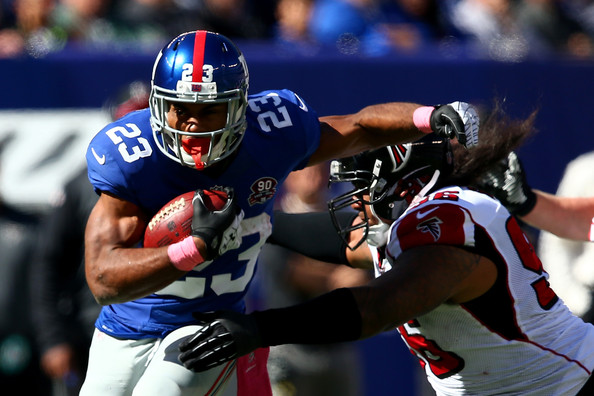 The Dallas Cowboys didn’t plan anything special during their visit to Seattle. Instead, they implemented their excellent run-oriented offense – one that brought them victory in the four games prior – to devastating effect in their shock 30-23 victory at the home the Super Bowl champion Seahawks. The win puts the Cowboys at 5-1 on the season, and 4-2 against the spread.

The Cowboys ran for 162 yards against the rock-solid Seahawks defense which had led the league in fewest rushing yards allowed entering the week. DeMarco Murray ran for over 100 yards for the sixth-straight time this season, matching the great Jim Brown’s record.

After making arguably the best run defense in the entire league look ordinary, the Cowboys will have a vastly simpler task of moving the ball against a Giants defense that was gashed by the Philadelphia Eagles for 203 rushing yards on Sunday Night Football.

But it would be wildly inaccurate to say the Cowboys won by simply running the football. Tony Romo and the passing game played its part as the freaky athletic receiving duo of Dez Bryant and Terrance Williams burned the Seahawks’ vaunted Legion of Boom for a touchdown apiece. Those two will be a handful for a Giants’ secondary that might have a limited Dominique Rodgers-Cromartie. The Giants’ top cornerback was withdrawn against the Eagles due to back spasms.

The much-maligned Cowboy defense has also continued to surprise, limiting the Seahawks to just 206 total yards of offense. As always, the offense helped out in a big way by keeping Seattle’s offense on the field for just 22 minutes.

The Cowboys continue their terrific run by plowing right through the Giants. Take Dallas (-5.5) to win and cover at home.