The NFL’s Week 5 was a great week for favorites, as teams that were favored on the point spread won 12 of the 15 games on the schedule. To help you get for Week 6, below we breakdown some of the most esteemed football experts online and compile their picks so you can get all the opinion you want to evaluate the schedule with.

We have compiled the experts’ spread picks from both CBS Sports and Bleacher Report to help you formulate your selections this coming week. This is here for you in addition to our complete predictions for Week 6. Read on for the picks and while you’re at it you can also check out Top Bet’s current NFL Week 6 point spreads.

The majority of the road teams have been installed as favorites in their respective Week 6 matches and that means there are plenty of enticing opportunities for NFL bettors to take a punt on this coming week.

[sc:NFL240banner ]One of the big games this coming weekend is the top-of-the-table clash between the New England Patriots and the Buffalo Bills with the winner taking sole possession of first place in the AFC East. The Patriots are coming off an emphatic 43-17 win over the Cincinnati Bengals in a game where quarterback Tom Brady proved to his doubters that he isn’t done yet.

He completed 23 of 35 passes for 292 yards and two touchdowns in a game that saw him became the sixth QB in the league’s history to record at least 50,000 passing yards. That performance helped erase the stigma of their humiliating 41-14 defeat to the Kansas City Chiefs the week before and it has convinced CBS Sports’ Pete Brisco, Jamey Eisenberg and Ryan Wilson that they will cover the spread against the Buffalo Bills.

The Bills, though, are also coming into the match with extreme confidence after completing a 17-14 upset over the Detroit Lions. They are already 3-2 against the spread this season. Jason La Confora and Dave Richard also agree as they believe the Bills will cover the 3.5 point spread. 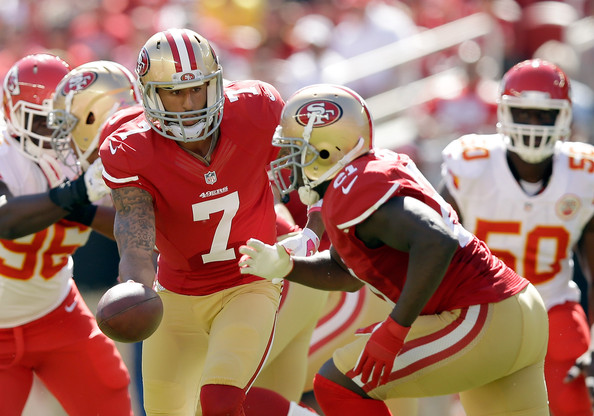 This week’s Monday Night Football game also has the road team as the favorite as the San Francisco 49ers have been installed as 3.5-point faves in their showdown with the St. Louis Rams. The 49ers have recovered from their bad start winning their last two games against the Philadelphia Eagles and the Kansas City Chiefs to improve to 3-2 and move to just a half game behind Arizona and Seattle for the NFC West lead.

The 49ers have been energized by their rushing offense which is third-best in the league this season with San Francisco gaining 145.0 yards on the ground per game this season. They will be licking their chops when they face the Rams who have the fourth-worst rushing defense this season, with opposing teams averaging 152.5 yards per game against them.

Pete Prisco, Jason La Confora and Ryan Wilson have backed the Niners, who are pegged at +1,200 to win the Super Bowl, to take the Monday Night game. Jamey Eisenberg and Dave Richard, on the other hand, like the Rams. Sure, the Rams are 0-2 ATS in their two home games so far this season. But they were so close to beating the Dallas Cowboys last time out, even leading 21-0 at one point.

The Rams can generate offense quickly thanks to their passing game which is sixth in the NFL this season, averaging 283.5 yards per game. Combine that with a passing defense that is the best in the league and an upset could be in the cards this coming Monday.

Read a preview of Niners-Rams here.

Last week, Bleacher Report picked 80 percent of the favorites to cover the spread. This time around that value is down to just 66 percent with the sporting website choosing five underdogs to grab the win this week. The most notable among these selections is their pick of the Cowboys whom they think will cover against the defending Super Bowl champions Seattle Seahawks. 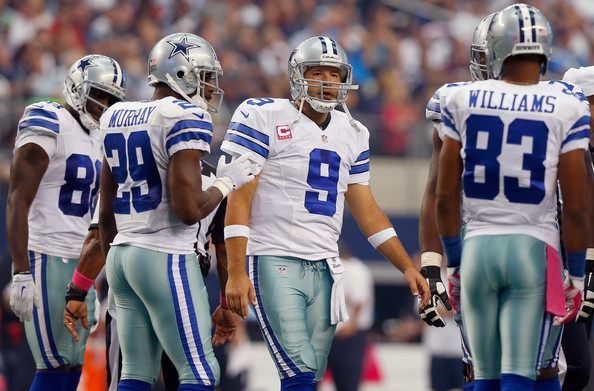 The Cowboys have surprised many pundits with their play this season as they have stormed to the top of the NFC East standings with a 4-1 record. They have relied on their running attack which has been exemplary this year. They are second in the NFL in rushing offense with the Cowboys averaging 160.0 yards per game. The only problem is that their next opponents, the Seahawks, have the best rushing defense in the league with opposing teams averaging just 62.2 yards per game against them.

Top Bet has listed the Seahawks as 8.5-point favorites against the Cowboys. You can never discount Dallas though, as they are coming into this match against Seattle on a four-game winning streak.

You can check out our complete preview of that game here.

Create a betting account now to cash in on all the NFL action.